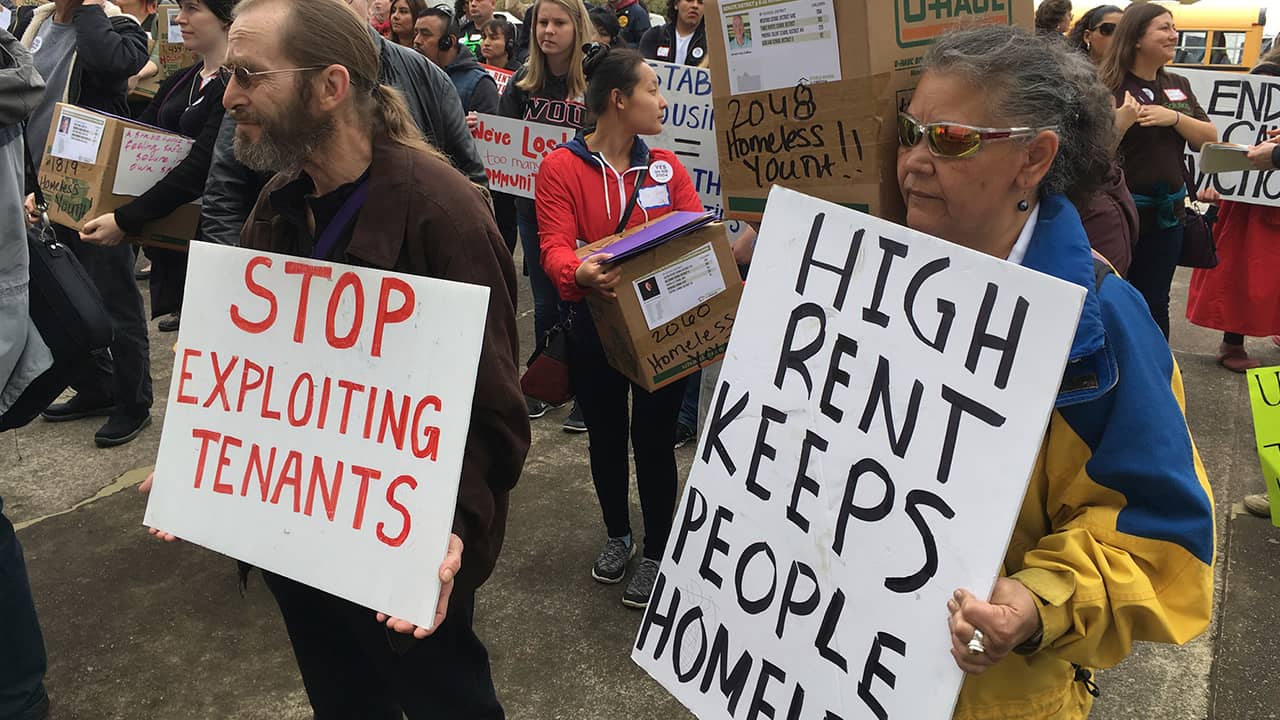 SALEM, Ore. — Faced with a housing shortage and skyrocketing rents, Oregon is poised to become the first state to impose mandatory rent controls, with a measure establishing tenant protections moving swiftly through the Legislature.

Oregon’s housing shortage is getting worse as people keep moving to the state, lured by its forests, mountains, coastline, relaxed lifestyle and job opportunities. Oregon ranked second to Vermont as the top moving destination in 2018, according to a study by United Van Lines, the largest U.S. household goods mover.

Eric Lint, who lives in the popular mountain town of Bend, urged lawmakers to pass the protections because of skyrocketing rents. The medical lab where he works is chronically understaffed because potential hires say there is a lack of affordable housing.
Lint said his hourly pay has risen 8 percent over five years. Meanwhile, his rent has increased 66 percent. He plans to move away in the fall but did not say where in his testimony.
Anna Pena, a senior at the University of Oregon in Eugene who works full time, described living in a house smaller than 1,200 square feet (111 square meters) with five roommates and spending over half her income on rent that then increased by 15 percent.


Related Story: Walters: Newsom Raises the Housing Bar on Himself

“Ultimately, housing insecurity has been one of the biggest setbacks for my education and personal health,” she said.
Sen. Tim Knopp, a Republican from Bend, said before he voted against the measure last week that it does not address the housing supply issue.
Another measure aiming to deal with that issue would require cities and counties to allow duplexes and some higher-density housing in lands zoned for single-family homes.
House Speaker Tina Kotek, a Democrat, said 30,000 housing units must be built per year to meet the state’s current housing deficit and to build for the future as more people move to Oregon.