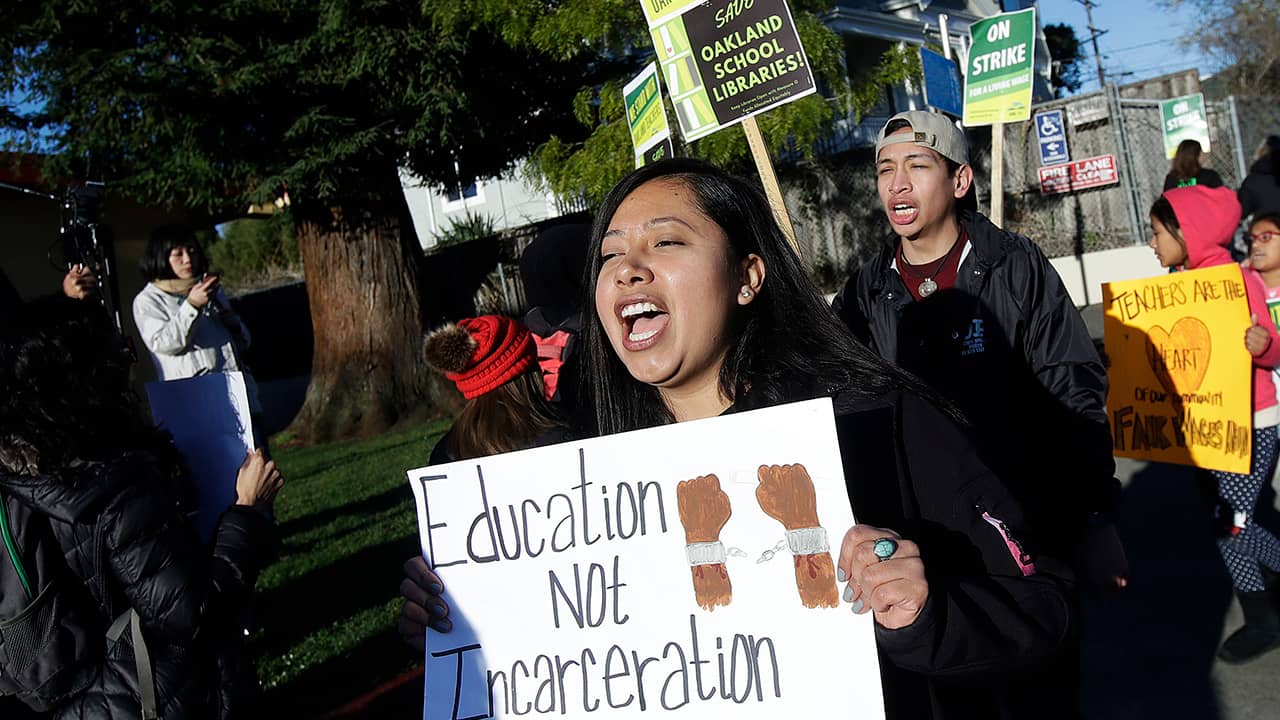 OAKLAND — Teachers in Oakland, California, went on strike Thursday in the country’s latest walkout by educators over classroom conditions and pay.

“We’re hopeful that we can find a resolution as soon as possible,” said district spokesman John Sasaki.
Oakland teachers have been working without a contract since 2017 and have said their salaries have not kept up with the cost of living in the expensive San Francisco Bay Area.
A teacher’s starting salary in the district is $46,500 a year and the average salary is $63,000, according to the union. By comparison, a starting teacher makes $51,000 a year in neighboring Berkeley and the average salary is $75,000, the union said.

Initially, the district offered a 5 percent raise covering 2017 to 2020, saying it is squeezed by rising costs and a budget crisis.
In negotiations Wednesday aimed at averting a strike, the district increased its proposal to a 7 percent raise over four years and a one-time 1.5 percent bonus. The offer went higher than the recommendation of an independent fact-finding report that suggested the two sides agree to a compromise 6 percent retroactive raise.
But union officials rejected the offer Wednesday.
Nearly 600 teachers left their positions at Oakland public schools last year, according to the union, which has said the district cannot retain teachers or attract experienced new teachers.

Strikes Across the Nation Have Built on Wave of Teacher Activism

The union has also called for the district to scrap a plan to close as many as 24 schools that serve primarily African-American and Latino students. The union fears the move would likely lead to further losses of students to charter schools that drain more than $57 million a year from Oakland public schools.

US: Alabama Woman Who Joined Islamic State Is not a Citizen