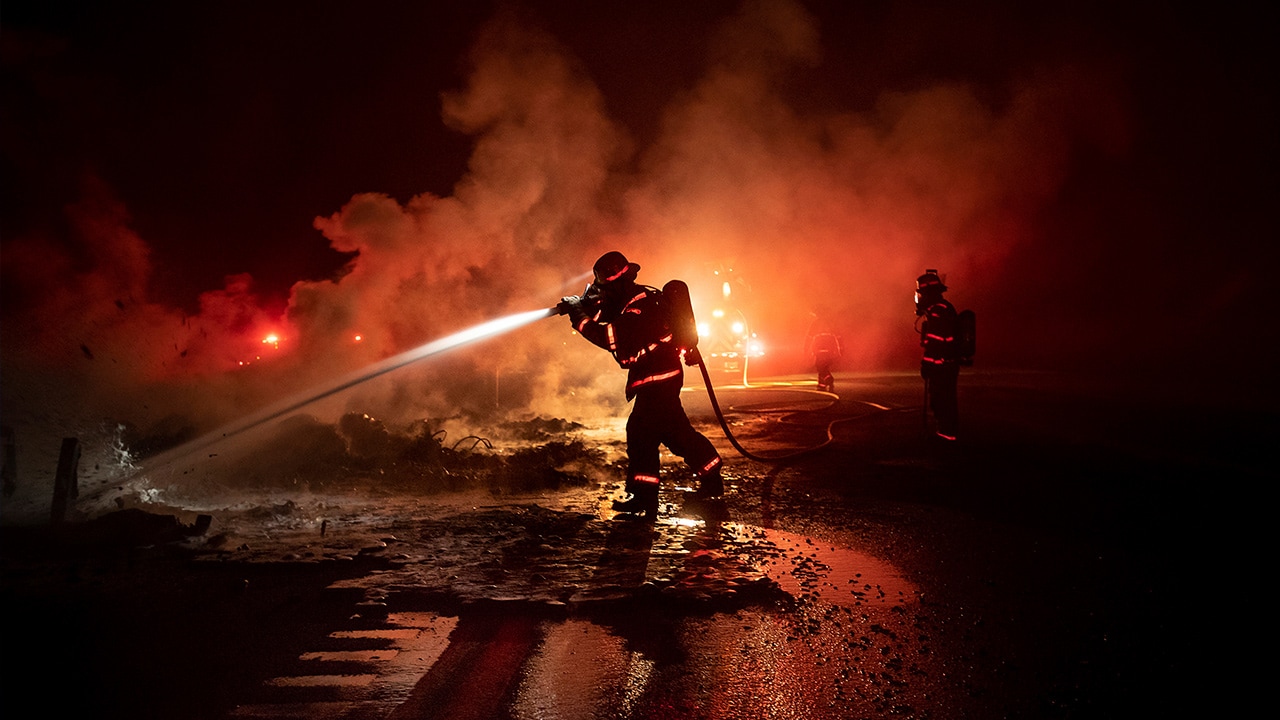 Don’t be fooled by the precipitation, the snowpack, the wildflowers. When winter ends, it’s unlikely that California’s iconic landscape will sustain the moisture to withstand the 100-degree summer and fall. Ultimately, the fire challenge involves painful long-term decisions such as how to reconcile the acute demand for California housing with the suddenly limited supply of land that isn’t in a high-risk fire zone.
Short-term, Democratic state Sen. Bill Dodd of Napa is among those who hope incremental improvements might make a difference. He is proposing the commission work with Cal Fire and the Office of Emergency Services to improve coordination for turning off power in red-flag weather, alerting residents to evacuate and better targeting crews to fight fires. His bill, SB 209, would establish an official, statewide California wildfire warning center.
“It would give us more tools in trying to make sure this doesn’t happen again,” Dodd said.

Meanwhile, Cal Fire is beefing up its capabilities. And rather than waiting to respond to a wildfire, emergency personnel have shifted to pre-positioning strike teams before a fire even starts.
The switch comes at a price; Cal Fire’s expenses now already routinely exceed its budget. Last year’s fire spending set a new record, and the political climate has made the outlays difficult to question.
“That’s expensive because you’re paying the same amount of money for firefighters whether they’re fighting a fire or sitting waiting for a fire to start,” Huston said. “But you have to weigh that against the potential for loss and the expense of a disaster.”
The state already boasts a formidable firefighting air force, featuring S-2T air tankers that dump 1,200 gallons of flame retardant and Huey helicopters for lifting fire crews in and out of steep terrain.
This spring, the Hueys will start to be replaced by more modern Black Hawks, the Army’s frontline utility helicopter. The first one is expected to be ready in May, said Cal Fire spokesman Scott McLean.
And over the next two years, Cal Fire will add seven C-130 Hercules cargo planes. Those will be retrofitted to carry between 3,000 and 4,000 gallons of flame retardant.
“California will have one of, if not the largest, firefighting air forces in the world,” McLean said.

What About the Utilities?

At ground zero in much of the state are California’s investor-owned utilities and their spark-prone equipment. PG&E has vowed to expand power shut-off territory to as many as 5.4 million customers, up from 570,000 today. SCE is focused on better weather monitoring, adding 62 high-definition cameras and 350 micro weather stations as part of a broader $582 million safety plan.
And SDG&E, which has been most aggressive with more than $1 billion in safety upgrades, will continue to replace wood poles with steel poles, hire a helitanker on standby year-round, and contract with firefighters especially trained to put out electrical fires.
Yet there’s no statewide standard for deciding when the power should be shut off. Instead, participating utilities base decisions on temperature, wind, humidity and other factors. SDG&E has been lauded for its proactive use of public safety power shutoffs.
PG&E’s rollout has been less reassuring.
Two days before the most destructive wildfire in California history ignited, 62,000 PG&E customers in eight counties, including Butte, were warned that their power could be turned off as a precautionary measure.


“This is an important safety alert from Pacific Gas and Electric Company. Extreme weather conditions and high fire-danger are forecasted in Butte County. These conditions may cause power outages in the area of your address. To protect public safety, PG&E may also temporarily turn off power in your neighborhood or community. If there is an outage, we will work to restore service as soon as it is safe to do so.” — 6:30 p.m. Nov. 6, 2018
Cal Fire reports the Camp Fire ignited around 6:30 a.m. on Nov. 8.
PG&E never shut off power. In fact, the utility went on to issue cancellation notifications hours after the deadly blaze started.

“This is an important safety update from Pacific Gas and Electric Company. Weather conditions have improved in your area, and we are not planning to turn off electricity for safety in the area of your address.” — 2 p.m. Nov. 8, 2018
PG&E wouldn’t comment on its decision. The California Public Utilities Commision would say only that it is investigating when asked if the state was looking at why the utility didn’t initiate a blackout.
This is the first in a two-part series. Next: With PG&E in bankruptcy proceedings, utilities on the defensive and insurance costs rising, what the next victims of a utility-sparked wildfire can expect.
CALmatters.org is a nonprofit, nonpartisan media venture explaining California policies and politics.
Related Topics:Air Forcecamp firefirefirefightingsurvivorsTubbs Firewildfirewildfire season
Up Next

Think You Know the US Presidents? Try This Quiz.