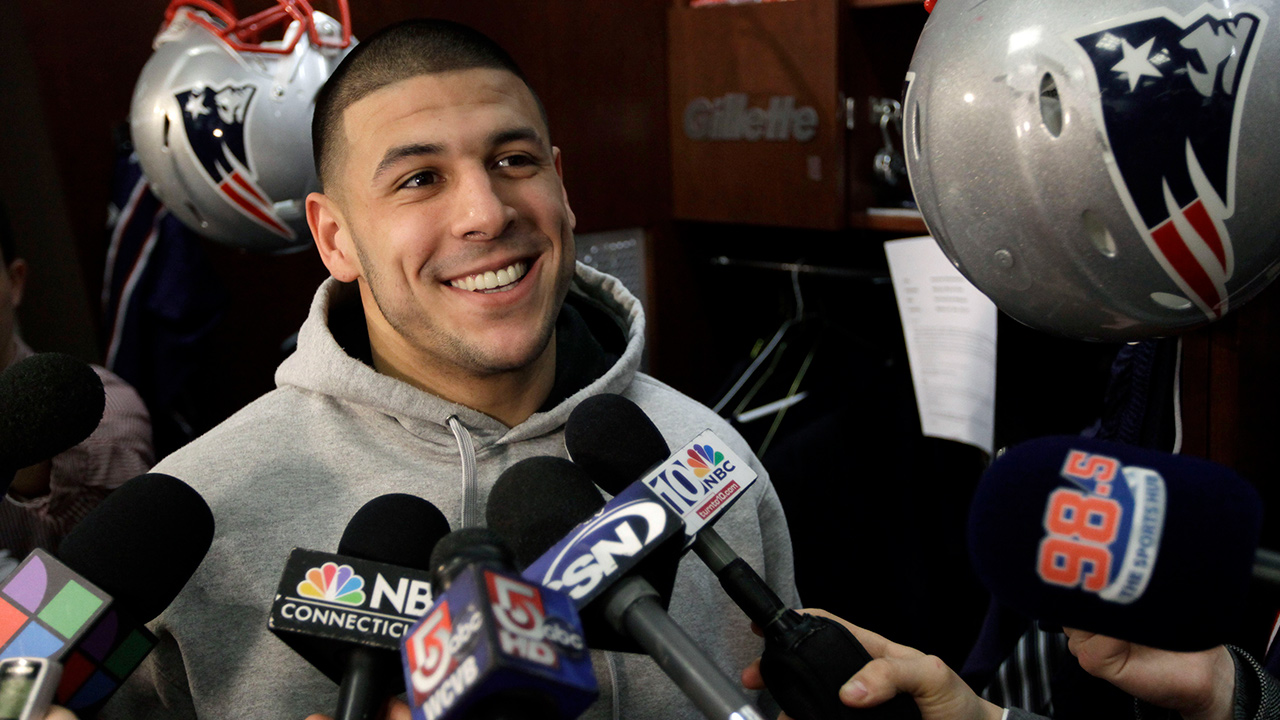 PHILADELPHIA — The 6-year-old daughter of the late NFL player Aaron Hernandez missed a 2014 deadline to opt out of the league’s concussion settlement and can’t separately pursue a $20 million suit over his diagnosis of a degenerative brain disease, a judge ruled.
Yet Hernandez’s death in 2017 came too late for his family to seek up to $4 million in compensation for suicides related to chronic traumatic encephalopathy under the class action settlement.
Hernandez spent three years with the New England Patriots before his 2013 arrest on the first of three homicide charges. The Patriots terminated his $40 million contract, and he never returned to the NFL.

U.S. District Judge Anita Brody in Philadelphia — where lawsuits were consolidated alleging the NFL hid what it knew about the risks of concussion injuries — ruled Thursday that he was effectively retired and therefore, along with his family, bound by the class action settlement for NFL retirees.
Under terms of the concussion settlement, the judge said, “The crux of the issue is whether Hernandez was ‘seeking active employment’ as an NFL football player as of July 7, 2014. He was not. On this date, Hernandez had been imprisoned — without bail — for nearly a year.”

Family lawyer Brad Sohn argued that Hernandez had not retired but hoped to be exonerated and return to the league. His daughter, Sohn said, should therefore be able to pursue her “loss of consortium” lawsuit in her home state of Massachusetts.