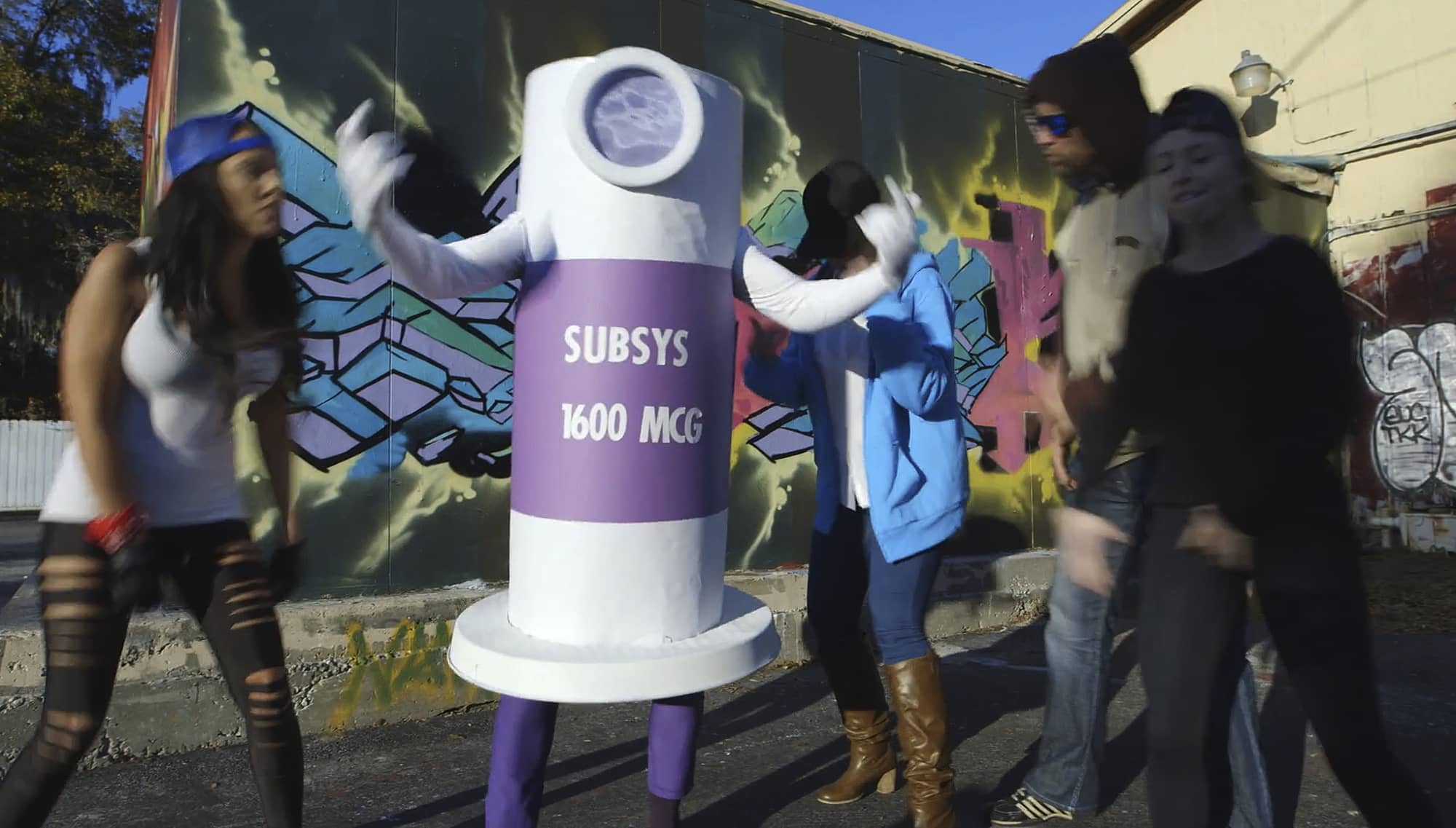 BOSTON  — Employees at a drug company accused of bribing doctors rapped and danced around a person dressed as a bottle of the highly addictive fentanyl spray in a video meant to motivate sales reps to push the drug.

The Latest Eyebrow-Raising Piece of Evidence in the Trial

“What we built here can’t be debated. Shout to Kapoor for what he created,” the sales reps rap. “The competition just making noise. We’re making history because we’re great by choice.”
The video is the latest eyebrow-raising piece of evidence in the trial, which has put a spotlight on the federal government’s efforts to go after those it says are responsible for fueling the deadly opioid crisis. The trial, which began last month, is expected to last several more weeks.
Last month, a former employee told jurors that she watched her boss — regional sales manager Sunrise Lee — give a lap dance at a Chicago nightclub to a doctor Insys was pushing to write more prescriptions. Lee’s lawyer said the doctor was taking advantage of her.

Beth Wilkinson, an attorney for Kapoor, told jurors that any criminal activity by Insys was orchestrated by Burlakoff. She has sought to portray Burlakoff and the government’s other key witness, former CEO Michael Babich, as liars who are willing to say anything to take down Kapoor in the hopes of getting a lesser sentence.
Babich, who pleaded guilty in January, took the stand this week and said Kapoor pushed to get patients on higher doses so they would continue taking the drug, which meant more money for the company.
Babich told jurors that Insys looked for sales reps who were “poor, hungry and driven” or what they called “PHDs.” Insys also recruited employees who were “easy on the eyes,” Babich told jurors.
“No physician wanted a quote unquote unattractive person to walk in their door,” he said.
Related Topics:doctorsdrug companyfentanylfentanyl sprayInsys Therapeutics Inc.John Kapoorsales
Up Next