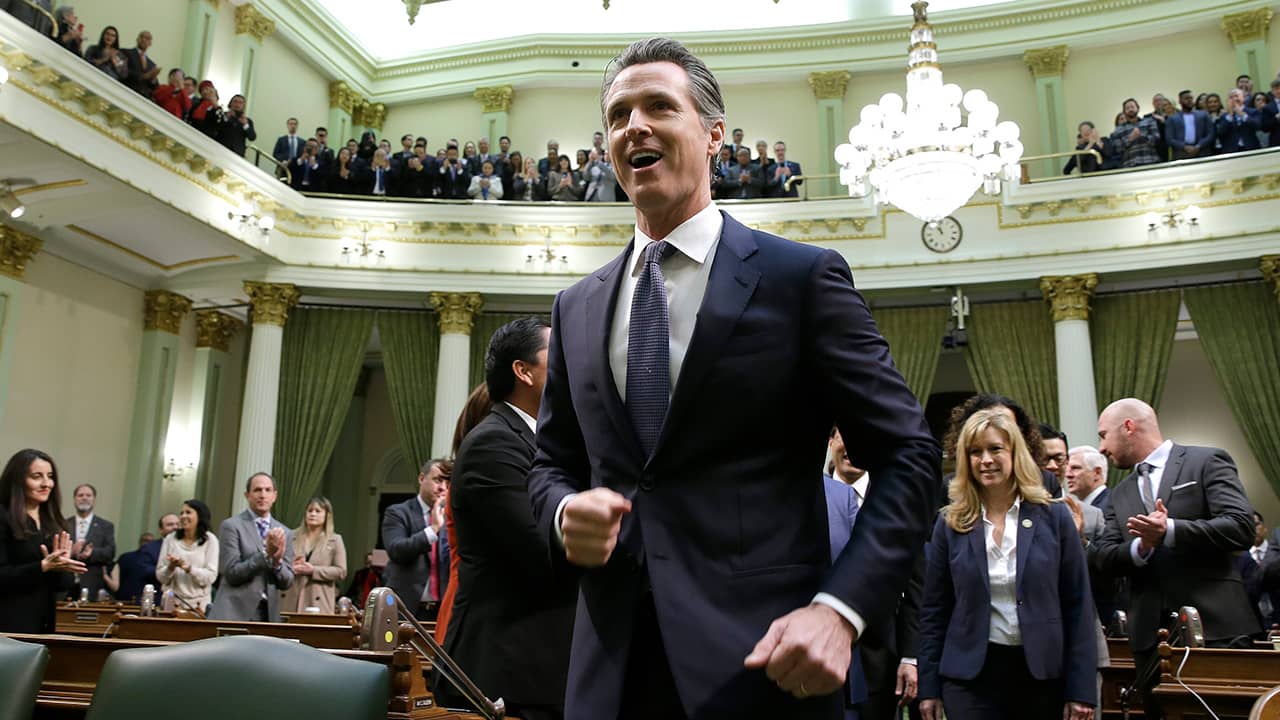 SAN DIEGO — California Gov. Gavin Newsom devoted part of his first State of the State address to attacking President Donald Trump’s positions on illegal immigration, declaring, “This border emergency is nothing more than a manufactured crisis and California will not be part of this political theater.”
His rhetoric in Tuesday’s speech was similar to that of his Democratic predecessor, Gov. Jerry Brown. His nascent record suggests that he wants even greater distance from Trump on one of the president’s signature issues.
In his first budget proposal, Newsom earmarked $25 million to groups that address what he calls “a humanitarian crisis at the state’s border with Mexico,” including $5 million to be made available this year. There has been a sharp increase in Central American asylum-seeking families arriving in San Diego who are quickly released by immigration authorities with a notice to appear in court.
On Monday, the Democratic leader ordered the withdrawal of most of the state’s National Guard troops assigned to Trump’s mission on the Mexican border.


Related Story: In His Own Words: Gov. Newsom's First State of the State Address

Here’s a look at the veracity of some of Newsom’s claims in his State of the State speech:

People Illegally Living in US

The governor’s statement about people living in the country illegally — both nationwide and in California — is correct, according to the Pew Research Center. The nationwide number fell to 10.7 million in 2016 from 12.2 million in 2007; California’s dropped to 2.2 million from more than 2.7 million during the same time.