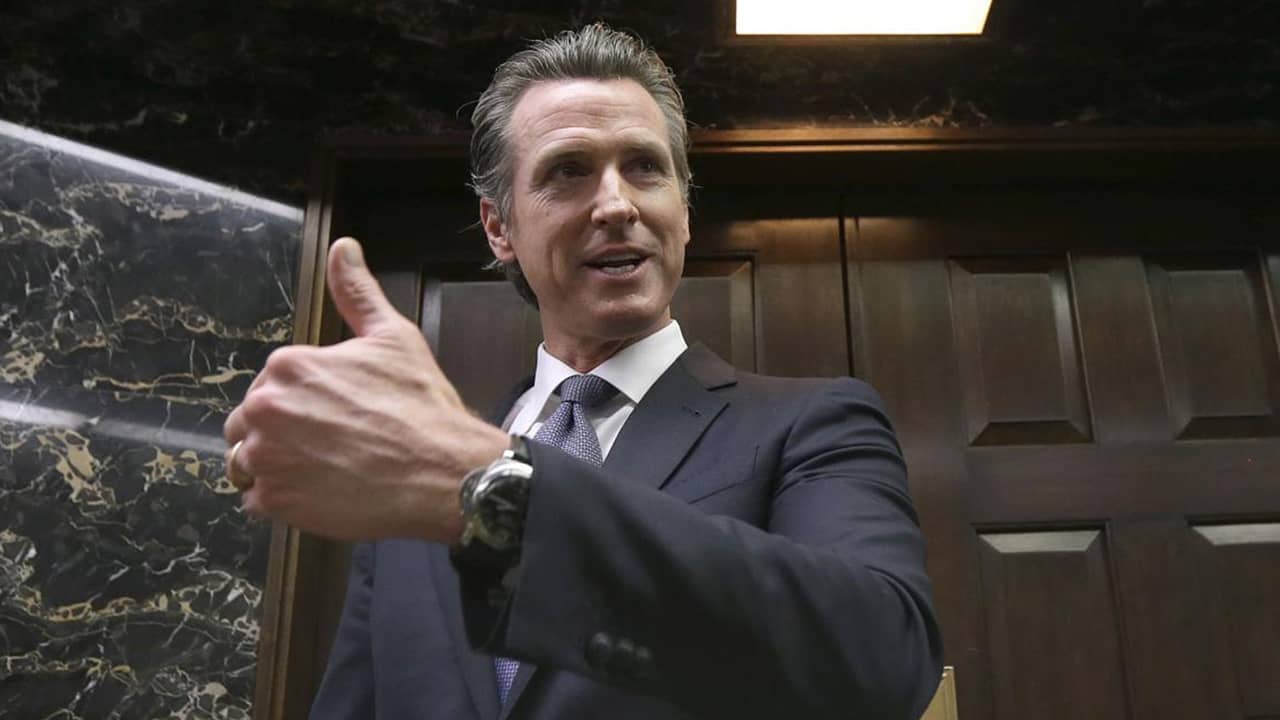 When Gavin Newsom was running for governor last year, he adopted “courage for a change” as his slogan.

More likely, the stretch of (Valley) track, when completed, will be folded into the region’s existing Amtrak service.
It could be – and was – interpreted two ways: that he wanted to change the direction of California, or that he was disparaging outgoing Gov. Jerry Brown’s reluctance to confront the state’s pithiest issues.
Newsom seemingly embraced both versions Tuesday in his first State of the State address, a very long and detailed laundry list of the state’s ills and how he intends to deal with them that directly and indirectly refuted Brown.
Most starkly, Newsom downgraded two of his predecessor’s pet legacy projects, twin tunnels to carry water beneath the Sacramento-San Joaquin Delta and a statewide bullet train system.
He rejected WaterFix, as it’s been dubbed, and instead offered support for one tunnel while seeking compromise among California’s perpetually warring water factions.
However, shrinking the project would require starting over on many years of planning twin tunnels, thus giving opponents of diverting water from the Delta new opportunities to kill it. Moreover, it’s questionable whether lowering the project’s capacity would make it pencil out for its sponsors, principally Southern California’s Metropolitan Water District.

The Bullet Train Project Fared Even Worse in Newsom’s Declaration

Newsom also hit the pause button for compelling farmers south of the Delta to cede more water by calling for a compromise agreement and changing the chairmanship of the State Water Resources Control Board, whose water diversion plans had angered farmers.
The bullet train project fared even worse in Newsom’s declaration that “as currently planned (it) would cost too much and take too long.”
Casting aside Brown’s obvious love for a statewide system linking Sacramento and San Francisco in the north to Los Angeles and San Diego in the south, Newsom called for completing just the roughly 100-mile-long initial San Joaquin Valley segment, from Merced to near Bakersfield, and making it a high-speed system.
However, electrifying the track now under construction and buying high-speed trains to run on it would be an enormously expensive gesture for such short service. More likely, the stretch of track, when completed, will be folded into the region’s existing Amtrak service.
Newsom’s declarations on the water tunnels and the bullet train were the biggest nuggets of news in his speech, most of which was devoted to issues he had raised in the campaign, in his inaugural address, and in his first budget.

He hit all the big bullet points, from California’s housing crisis to the increasing threat of wildfires and the bankruptcy of utility giant Pacific Gas and Electric, and pronounced that all could be solved by collaboration and new thinking. And, of course, he took the obligatory potshots that the governor of a deep blue state is expected to take at President Donald Trump, particularly on Trump’s insistence on building a wall along the U.S.-Mexico border.

What Would Happen if Hospitals Openly Shared Their Prices?

Opinion: Where, Oh Where, Should the Raiders Play?