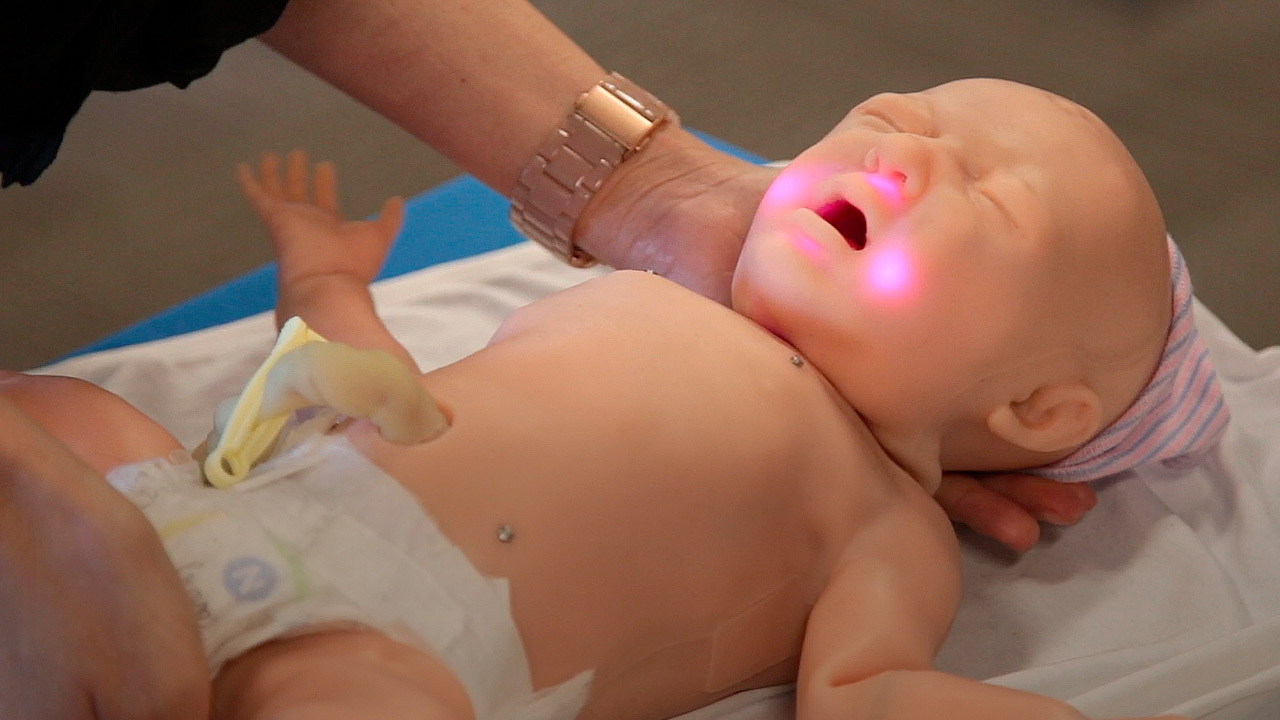 Greater Fresno’s first four-year medical school is looking to make a dent in the Valley’s chronic shortage of doctors.
The privately funded College of Osteopathic Medicine will open its Clovis campus to students in 2020. Dr. John Graneto, the school’s dean, believes that many future physicians who earn their degrees at the college will go on to practice medicine locally. 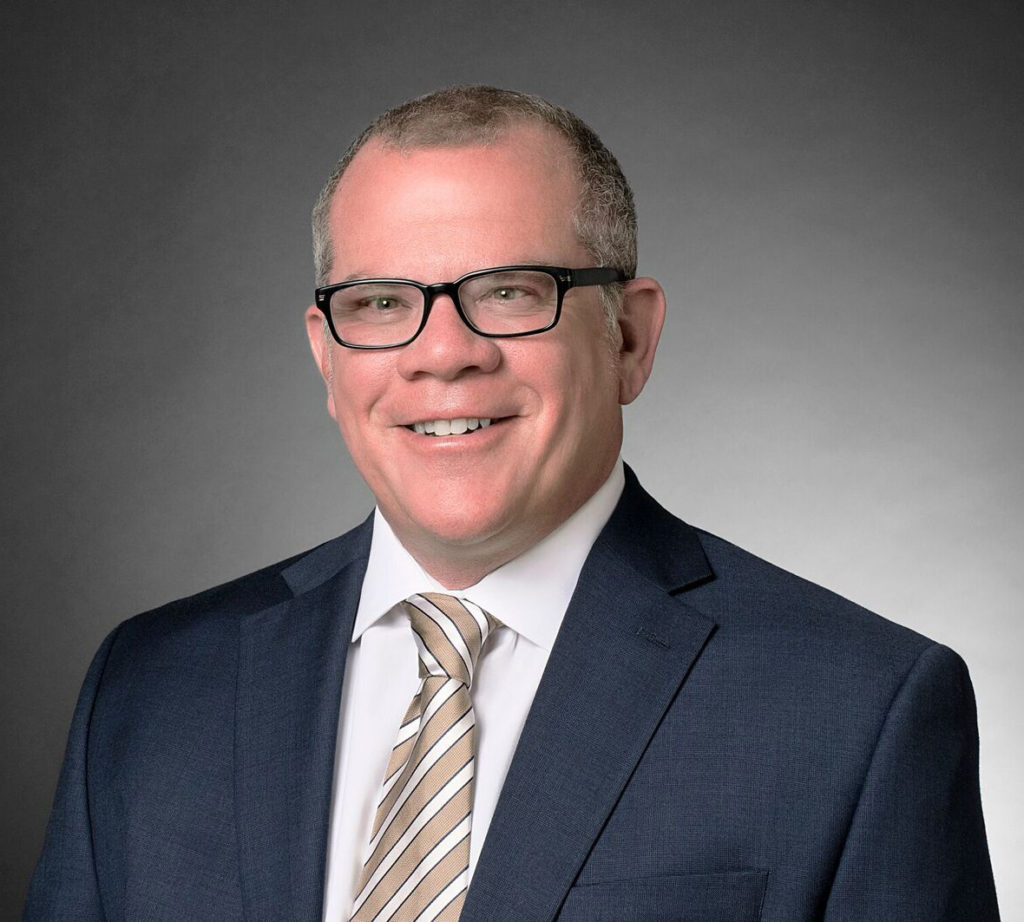 “(Fresno) is the largest city in the United States that doesn’t already have a full four-year medical school. Most large cities in the United States have more than one.” — Dr. John Graneto
“There are three predictors of how you get physicians into practice in an area,” Dr. Graneto said. “One is they have to be from that area. Two is they have to have gone to medical school in that area. And three, they had to have done their residency training in that area.
“The statistics show if you combine any two of those three things it skyrockets in the percentage of likelihood that they’ll stay,” he said.

That’s important because residents across the San Joaquin Valley have access to fewer doctors than most other people in California, even though the region is among the fastest growing in the state.
The result, Dr. Graneto says, is poorer health outcomes. “People get sicker; they wait longer,” he said. “They end up utilizing the emergency department as their access point to the health care system.”


Related Story: Coming To a Valley Pharmacy Near You

That dynamic could begin to change with the completion of the college’s modern, 120,000 square-foot home at Temperance Avenue and Highway 168. It will be the second professional school operated by California Health Sciences University, which opened a college of pharmacy in 2014. (CHSU was founded by the Assemi family. Darius Assemi is the publisher of GV Wire.)
“(Fresno) is the largest city in the United States that doesn’t already have a full four-year medical school,” Dr. Graneto said. “Most large cities in the United States have more than one.”

Adding to the challenge of meeting the need for doctors is a lack of available medical school seats. “(M)any Californians (60%) looking to pursue a medical degree have to move to other states for medical school,” the report stated. 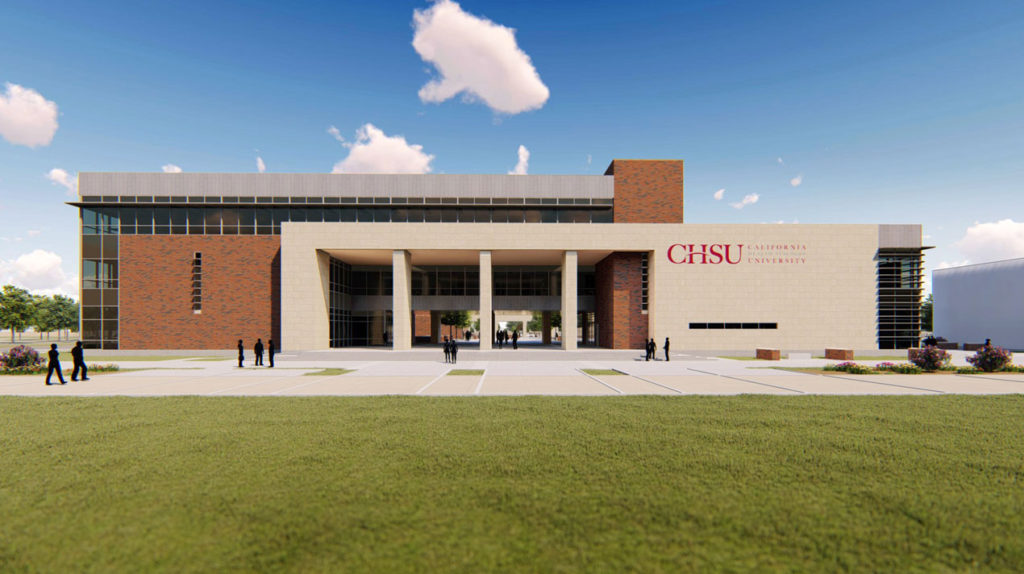 Construction of CHSU’s College of Osteopathic Medicine is expected to be completed in January 2020. The first cohort of students will begin classes in July 2020. (CHSU rendering)

At full enrollment, CHSU’s program will have the capacity for 600 medical students. In December, the school was approved by the American Association of Colleges of Osteopathic Medicine to recruit an initial cohort of 75 students will begin their studies in July 2020.
AACOM represents the 35 accredited colleges of osteopathic medicine in the United States.
Dr. Graneto touts CHSU’s local advantages as part of his outreach efforts.
“We can recruit students from the valley. They don’t have to leave home to go to medical school,” he says.
CHSU’s program will be the third accredited College of Osteopathic Medicine in California. Osteopathic doctors are identified by the degree initials D.O. (as compared to M.D.). Dr. Graneto says a key foundation of osteopathic medicine is a “whole person philosophy” versus primarily treating symptoms or illness.
“Osteopathic training continues to emphasize a focus on preventative health care and has been well known to produce a higher percentage of physicans who want to go into primary care, like family medicine, than traditional M.D. counterparts,” he said.

Local education leaders say the CHSU medical college will provide opportunities to their ambitious, high performing graduates.
“I attended all of the five comprehensive graduations in Clovis Unified last year and I was blown away at the number of students who are heading out into medical careers at other universities,” said Clovis Unified Superintendent Eimear O’Farrell. She believes the CHSU will allow future graduates to remain in the area to attend medical school and pursue their health care careers. O’Farrell says it’s the task of area educators to prepare local students for the opportunity the medical school presents.
“We are, in effect, the pipeline of preparing students who are in the K-12 system to be ready for the four-year undergrad pipeline and ultimately for medical school and other graduate programs,” O’Farrell says. “So, it’s very important that we’re all aligned and connected. It doesn’t serve our students well if we’re on a mission in one direction and universities are on a different playing field.”
To help create those critical connections, CHSU gathered local leaders and educators to preview some of the advanced technology the school will use to train its medical students. They showed off amazingly human-like mannequin simulators that speak, react to touch, and can even cry tears. 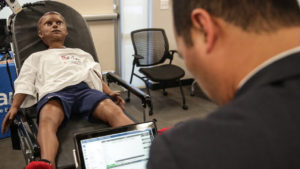 This adolescent patient simulator can be programmed to mimic symptoms a doctor would encounter in an actual diagnostic setting. CHSU medical school students will train with advanced tools like this as they pursue their degree in Osteopathic Medicine.

“The technology in that area has advanced so rapidly,” Dr. Graneto said. “For a medical student to experience that lifelike event reduces their future anxiety when they’re faced with a similar situation in real life.”
Students will interact with the mannequins within the medical school’s 20,000 square-foot simulation center, which will include mock-ups of an emergency room, Intensive Care Unit, labor and delivery suite, and multiple examination rooms. It will also utilize state-of-the-art holographic technology for advanced anatomy training.
While simulators are common, CHSU’s approach includes features “that are going to be unique and game-changing for the Central Valley,” Dr. Graneto said.
The medical school is also expected to provide a local economic boost.
“When it fills out, 600 students and all the teachers are going to eat here, they’re going to shop here and they’ll want to live here,” said Clovis City Councilman Vong Mouanoutoua  “So we have to be ready to provide multi-levels of housing needs so that students can afford it and also provide housing where a medical doctor would want to live. It’s going to be a boom not just for Clovis, but for the whole Central Valley.”