If Fresno Does This, Homelessness Ends Tomorrow 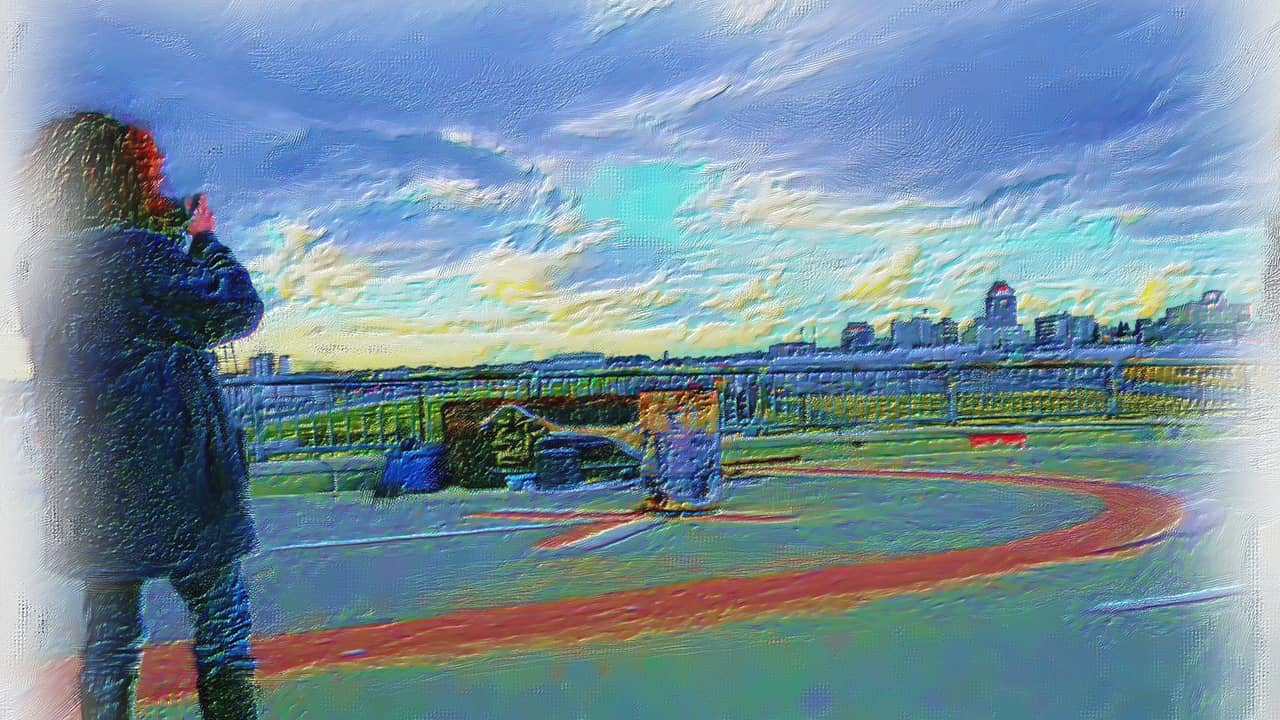 (Author’s note: This fictional account illustrates the events, policy changes and political will it would take to end homelessness in our community.)
The New Year started off normal enough, but before February 2019 was over it was obvious that something had changed. The Fresno City Council, which now had a majority of Democrats, moved quickly to reverse decades of bad policy on addressing homelessness. Council Member Luis Chavez said that “doing the same thing over and over again and expecting a different result is the definition of insanity.”
What brought about this epiphany is still unknown. It is widely understood that Democrats and Republicans alike are capable of creating bad public policy on the homeless issue, but in Fresno the changes pivoted on this shift of power at City Hall. 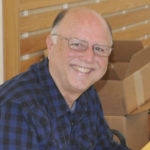 One of my friends suggested somebody must have put LSD in the water supply, causing this enlightenment. A faith-based friend told me that God had intervened and spoken directly to the newly elected officials about the treatment of those who are less fortunate than themselves. In the end, we will probably never know what forces combined to create this amazing story.
With the support of other city council members, Chavez was able to implement new policies that helped the homeless in a profound way, rather than treating them like errant children who needed to be punished. Council President Esmeralda Soria made a motion to rescind the Homeless No Camping ban. Her motion passed 7-0 with Council Member Steve Brandau emotionally and sincerely sorry for his participation in having promoted such a draconian and heartless ordinance that clearly hurt and did not help the homeless.
Newly elected Council Member Nelson Esparza asked his colleagues why the city of Fresno was giving the police department the vast majority of money to address the homeless issue. He said that “spending millions of dollars to deal with the symptoms of homelessness but very little on the causes and solutions to the problem had to stop.”

One of my friends suggested somebody must have put LSD in the water supply, causing this enlightenment. A faith-based friend told me that God had intervened and spoken directly to the newly elected officials.

Treat the Causes, not the Symptoms

Funding for the Fresno Police Department Homeless Task Force was the first to go. Esparza demanded to know “why would we continue funding something that is not working when we could put our money into ending homelessness?”
The political and ideological shift on the City Council happened when they realized that leaving people on the streets was actually costing taxpayers more than if they ended homelessness. It costs about $35,000 a year for the average homeless person to sleep on a sidewalk — that money is spent on policing, healthcare services (most homeless people use the emergency room as their primary care physician) and the web of social services (e.g., Westcare, the Poverello House, Rescue Mission). Studies have shown that homeless people with extreme medical needs can cost taxpayers up to $1 million each.


Studies have shown that homeless people with extreme medical needs can cost taxpayers up to $1 million each.
We spend those tax dollars on dealing with the manifestations of homelessness, when providing a homeless person with housing and the social services needed would cost far less. Fresno City Council members realized that the old way of addressing the problem had failed. They were ready for a new policy that would start by improving homeless people’s lives, with the long-term goal of ending homelessness in our community.

A Safe and Legal Place to Live

In March, Council Member Miguel Arias made a motion to end the policy of forcing homeless people to “move on” and stopping the police and sanitation department from taking and immediately destroying their property. The new policy, which passed with no opposition, included a provision for all homeless people to have a safe and legal place to live.
The city would make available city and county property around town where temporary encampments would be established. Each location would have drinking water, trash pickup, and portable toilets. This cleaned up the trash, sanitation and health risk of leaving homeless people with no place to go to the bathroom or throw away their trash.
The policy shift of having safe and legal places (with facilities) for homeless people had other positive impacts on their lives. The homeless no longer felt under siege, they had a place to go to get out of the cold and rain, and they were now staying at places where social workers could find them and help with their needs. Some homeless people need a job, some need job training; others have addiction issues they need to work on, and still others have mental health issues that need attention.

Supervisors Get on Board

The city of Fresno’s dramatic shift in addressing homelessness was noticed by the Fresno County Board of Supervisors (BOS), which is in charge of most of the funding that goes to social services and indigent care. It was Supervisor Sal Quintero who realized it first. “If we don’t have to be spending tens of millions of dollars on the homeless overusing the emergency room at Community Hospital, the money could be used for getting them off the streets and on the path to living productive and happier lives,” Quintero said. The transition in shifting funds to end homelessness, rather than maintaining the status quo, was challenging for the BOS but essential to the success of this effort.


Everyone agreed that the safe and legal places where the homeless would be living needed to be geographically diversified and that no one model would work for everyone.
Those changes at the local level were happening at the same time a transfer of power was taking place at the state level. The Fresno Bee in a front page story in January wrote that newly elected Gov. Gavin Newsom had introduced a plan “to pour hundreds of millions of dollars into housing and homelessness, a start on fulfilling one of his major campaign promises.”

With state, county and city interests aligned in the struggle to end homelessness, grassroots activists started to get excited. When Nancy Waidtlow, founder of the Dakota Eco Garden (DEG) project, got her first $25,000 grant from the city to improve and expand the DEG project she was thrilled.

Waidtlow, Gerry Bill and Art Dyson (who are on the Eco Village board of directors) were appointed to a commission to expand the safe and legal encampments that were being established on 30 vacant lots and 20 buildings owned by the city, county, and state in Fresno. With the resources available, Waidtlow proudly declared that “we will have everything in place in less 30 days.”
Dyson, who is an architect, was given a $1 million grant to build three Eco Villages. Everyone agreed that the safe and legal places where the homeless would be living needed to be geographically diversified and that no one model would work for everyone.
Gerry Bill said that “the key to making this work was the recognition that you have to have enough affordable housing to provide each homeless person with a place to live.” He added, “but that is not enough. Every homeless person will also need some help to get them on their feet.
“That will mean more education, job training, improving their healthcare options and in some cases drug and alcohol intervention. As a society, we have an obligation to treat each homeless person as a brother, sister or parent who deserves to live with dignity and respect.”

Another World Is Possible

On April 20, Donald Trump and his family were finally taken out of the White House in handcuffs (charged with treason) and Vice President Mike Pence fled to Uruguay with embezzled funds. The path was cleared for Speaker of the House Nancy Pelosi to become the President.
One of Pelosi’s first actions as president was to restore funding to Housing and Urban Development based on levels not seen since the 1960s. She threw in an additional $30 billion for affordable housing, which was the amount Trump wanted to spend on his insane wall. This is where some of the money to end homelessness in Fresno would come from.
The United States is an incredibly wealthy nation and with the right people in power and the political will to tackle difficult problems, there is nothing we can’t do. Ending homelessness will take all levels of government working together to fund affordable housing, social services, and whatever else it takes. If this is to happen, we must build the foundation for a movement that will put people before profits, champion social and economic justice, and have a vision for how to get from here to where we want to be.
Another world is possible.

Mike Rhodes is an independent journalist and the author of “Dispatches from the War Zone: Homelessness in Fresno 2002–2015.” Contact him at mikerhodes@comcast.net.

About the Image Above the Story

Explains Mike Rhodes: “This image was made by LoriAnne Tennison and the original photo was taken when I  was giving Reality Tours of the homeless encampments in downtown Fresno. LoriAnne, who was homeless at the time, would often accompany me as we would talk about what it was like on the streets of this city.
“You can make out the skyline of Fresno from this spot on an abandoned overpass. LoriAnne tells me that she worries about the person living on ‘the top of that exposed, lonely bridge their home, and wondering this, did they make it out? So many homeless never get out you know. I feel that I was so lucky and sometimes I wonder in the deep of the night about that person on the couch.’ The Reality Tour would stop and talk with the homeless along the way so participants could get an unfiltered understanding of what life on the streets is like. At the end, I would collect donations and use that money to pay for portable toilets, toliet paper and trash bins. That all ended when the city of Fresno destroyed the homeless encampments and pushed people throughout the city. LoriAnne moved out of Fresno and is no longer homeless. She tells me she is in the process of buying a home. I love it when I hear good news like that!”

Opinion: Where, Oh Where, Should the Raiders Play?

Fresno Rock City. Band Shouts it Out Loud in One Last KISS-Off