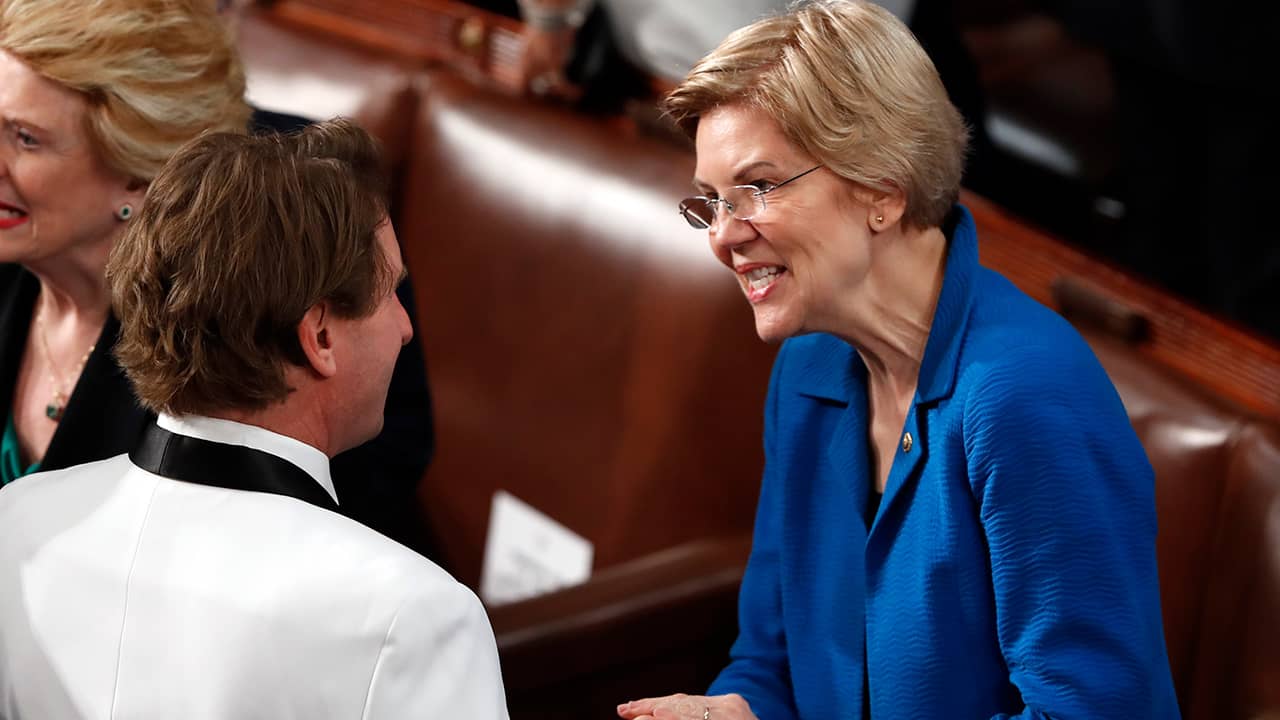 WASHINGTON — Sen. Elizabeth Warren is on the verge of launching a presidential campaign that should be all about her vision for the future. But first she has to explain her past.
For the second time in two weeks, the Massachusetts Democrat apologized Wednesday for claiming Native American identity on multiple occasions early in her career. The move followed a report that she listed her race as “American Indian” — in her own handwriting — on a 1986 registration card for the Texas state bar.
By providing fresh evidence that she had personally identified her race, the document resurrected the flap just as she’s trying to gain momentum for her 2020 presidential bid, which she’s expected to formally announce on Saturday. Warren didn’t rule out the possibility of other documents in which she identified as a Native American.
In a Democratic primary already dominated by candidates expressing remorse for past actions, Warren’s repentance stood out, both for the distraction the controversy has become for her candidacy and the complexity of her efforts to move beyond it. While her competitors are fine-tuning their messages and trying to demonstrate competence and polish, Warren has repeatedly opened herself up to criticism by relitigating the past.
“It’s not exactly how you’d want to enter the arena” as a presidential candidate, said Paulette Jordan, a former Democratic state representative in Idaho and a member of the Coeur d’Alene Tribe who became the party’s gubernatorial nominee last year. Jordan warned that Warren’s treatment of her heritage raises “a whole lot of questions and doubt” about her integrity: “If you cannot uphold that, then it makes things challenging.”
Questions about Warren’s heritage date to at least 2012, when her Republican opponent seized on the issue during her first Senate campaign to wrongly argue she identified as a Native American to advance her career. President Donald Trump frequently deploys a racial slur to criticize Warren.

Undermining the Progress Warren Has Made

Still, Warren has sometimes compounded the problem. In October, she released a DNA analysis that purported to bolster her claims to Native American heritage. Instead, it drew quick criticism from some Native Americans, including a Cherokee Nation official, as insensitive and fumbling.

Unclear Whether the Controversy Will Wound Warren With Democratic Voters

Waleed Shahid, a spokesman for the liberal group Justice Democrats, praised Warren’s apology as confidence-building “with people in the Democratic Party electorate who are skeptical about the way she’s handled this issue.” He suggested the flap “could be a moment for her to do a landmark speech” addressing blind spots that have beleaguered white candidates — making a subtle allusion to the racism scandal that is engulfing Virginia’s Democratic leaders.
The GOP is seizing on the moment to sow doubt among voters about Warren. The Republican National Committee filed a formal grievance with Texas bar officials on Wednesday, requesting that Warren be disciplined for making “false claims.”
But it’s unclear whether the controversy will wound Warren with Democratic voters. Some of her primary rivals have also aired regret for their past decisions. New York Sen. Kirsten Gillibrand, for example, has disavowed her previously right-leaning approaches to immigration and guns. Others, including California Sen. Kamala Harris, have made more limited attempts to patch perceived trouble spots.

Reuben D’Silva, a Democrat in North Las Vegas, Nevada, and former congressional candidate, said he’s not sure how much the average voter is paying attention to Warren’s apology. But “among primary voters, it seems to be a cause of concern.”
D’Silva, a history teacher whose family is from India, said he could give Warren the benefit of the doubt because he understands that people often don’t have extensive records about their family history.
“But if there’s proof she used this to land jobs or advance her career or maybe profit off it in some way, then maybe that could become a problem,” he added.
Warren reiterated on Wednesday that she did not exact any career benefit from her Native American self-identification. But not every tribal citizen is assuaged.

Warren Had Identified as a Minority in Professional Settings

David Cornsilk, a member of the Cherokee Nation and the United Keetoowah Band of Cherokee Indians in Oklahoma, pointed out that Warren had identified as a minority in professional settings beyond the Texas state bar.
“The conclusion I draw is that she may not have gotten benefit from it, but I believe she certainly was trying to,” he said.


“The conclusion I draw is that she may not have gotten benefit from it, but I believe she certainly was trying to.” — David Cornsilk, a member of the Cherokee Nation and the United Keetoowah Band of Cherokee Indians in Oklahoma
Fawn Douglas, a Democratic activist, professor at the University of Nevada, Las Vegas, and a member of the Las Vegas Paiute Tribe, said she thought Warren cleared up the matter with her DNA test because she made no formal claim to tribal membership. But Douglas now sees the Texas document as a detriment.
“I really don’t like that further evidence was just introduced after her apology” to the Cherokee Nation, Douglas said. “It’s just one of those smack-my-head kind of moments.”
Douglas said Warren can recover by speaking about issues important to Native American communities, such as tribal sovereignty and missing and slain women.
Bob Mulholland, a Democratic National Committee member from California who’s backing Harris, warned that the distraction would likely follow her to the early voting states of Iowa and New Hampshire. But, he said, “every story is an opportunity for you, the candidate, to have a conversation with the voters.”
Not to mention, he added, Warren’s issues are “nothing like the problems the Democrats are having in Virginia,” where the state’s top Democrats are engulfed in scandal over racism and sexual misconduct.
Related Topics:DemocratfutureNative Americanpresidential campaignregistrationSen. Elizabeth Warren
Up Next