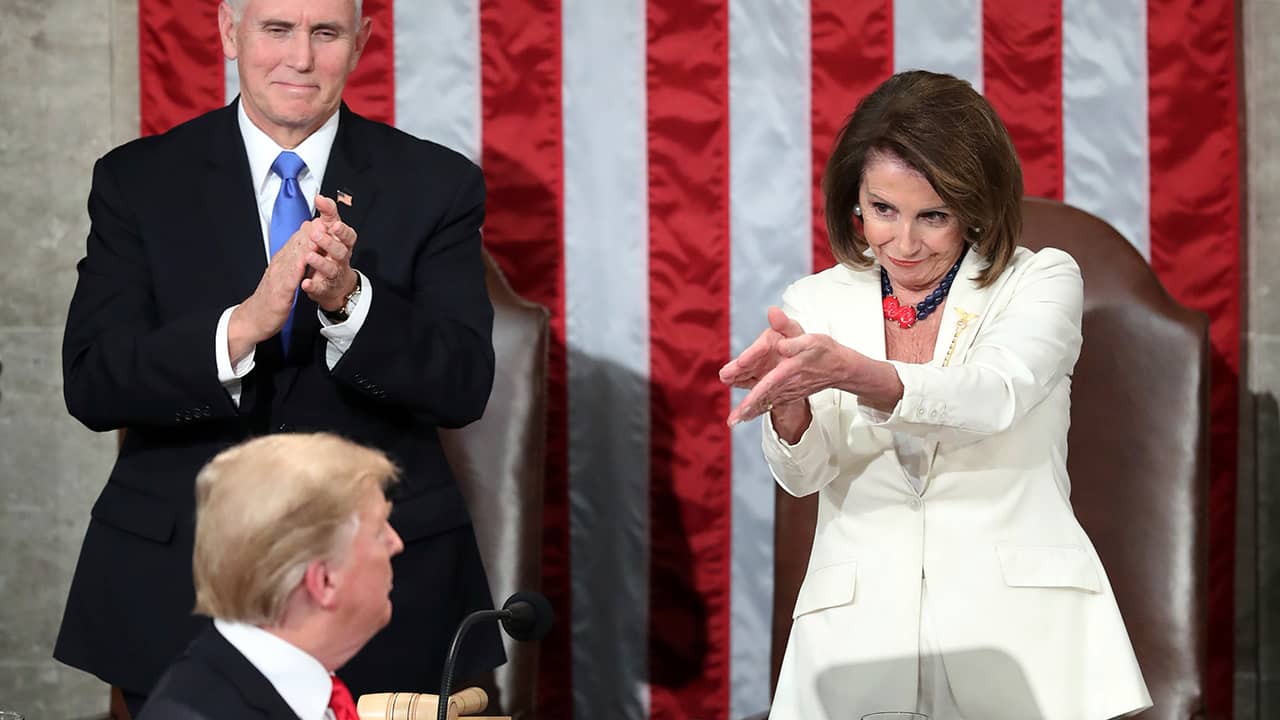 WASHINGTON — So President Donald Trump blew through House Speaker Nancy Pelosi’s customary introduction before his State of the Union speech.
Who cares?
Not Pelosi, who was the white-clad backdrop to every Trump word uttered during his first address to a joint session of Congress under divided government. With a smirk and an eye-roll, she set the tone for the new lawmakers who flipped the House from Republican control and elected her to lead them.

Postponed a week, the evening began without the customary opening of the speaker pounding the gavel, calling the chamber to order and presenting the president. Pelosi stood at the lectern behind Trump, gavel on the desk in front of her, apparently ready to perform the task as her Republican predecessor, Paul Ryan, had done before. But instead of allowing the introduction, Trump began delivering his speech. Pelosi, second in line to the presidency, sat.
Had she been offended, asked Rep. Eliot Engel, D-N.Y. in a Wednesday meeting?
“Who really cares,” she replied, according to an aide in the room granted anonymity to discuss the private session of House Democrats. “I do want to applaud our entire caucus for the decorum. I thought you were very, very respectful of the office that he holds, respectful of the position that we have.”
But not necessarily the man who occupies that office, a distinction Pelosi has suggested throughout Trump’s presidency.

Pelosi Set the Tone Even Before Trump Spoke

A year ago, she privately counseled Democrats to stay out of the way of Trump being “his slobbering self.”
In the Oval Office in December, she maintained a respectful stance but warned Trump: “Don’t characterize the strength that I bring.” And afterward in another private meeting, Pelosi said Trump’s demand for a southern border wall is a “manhood thing” — a comment immediately leaked to the media.

At one point, when Trump saluted the record number of women serving in Congress, Pelosi stood and gestured to the sea of new lawmakers dressed in white on the Democratic side of the aisle. They leapt to their feet, pointed to each other and high-fived. Pelosi stood and reached out with both hands to acknowledge them.