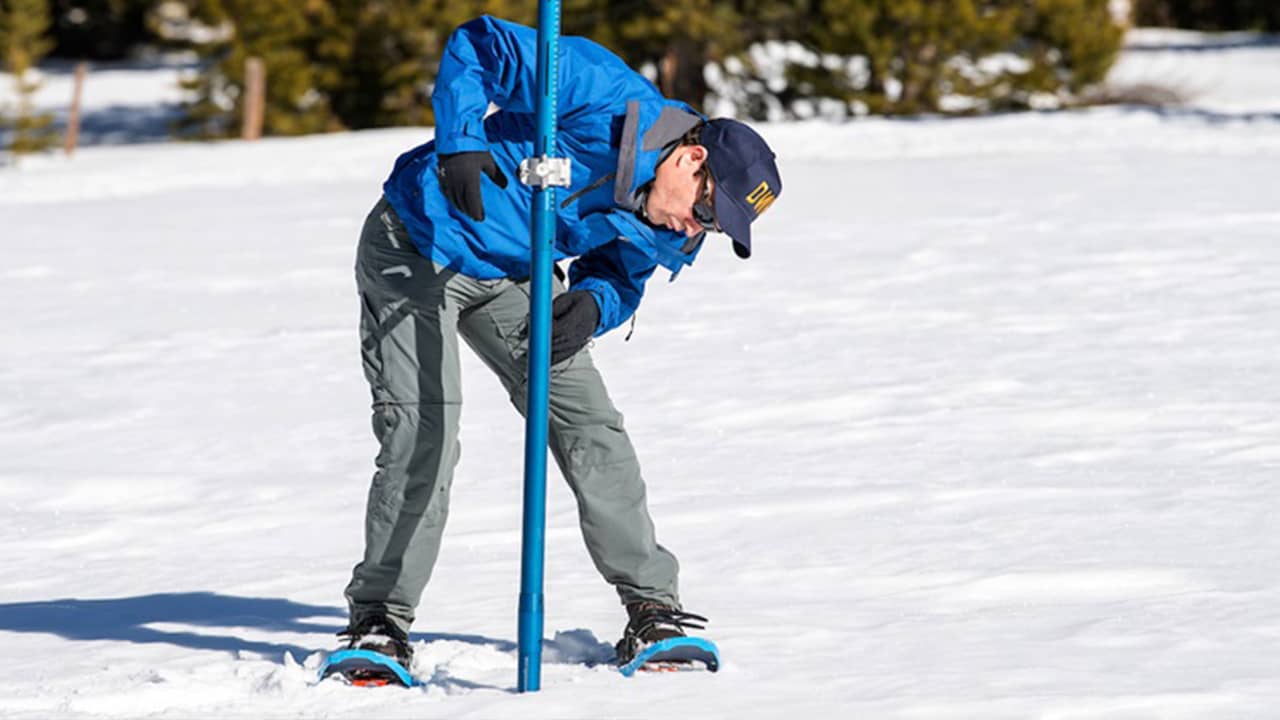 PHILLIPS STATION — California officials say January storms have pushed the Sierra Nevada snowpack to 98 percent of average to date, which is good news for state water supplies.
The California Department of Water Resources said Thursday that the snowpack is already at 71 percent of average for the state’s rainy season, which typically reaches its maximum by April 1.

The department’s John King said the second survey of the season found “a significant increase” from the previous tally. The Sierra snowpack was 67 percent of normal Jan. 3.
At the site, the snow depth measured 50 inches with a snow-water equivalent of 18 inches Thursday.
On Jan. 3, the measurements were 25.5 inches and 9 inches, respectively. And on Feb. 1, 2018, Phillips Station had a snow-water equivalent only 14 percent of average.
When the Sierra Nevada snowpack melts in spring and summer it provides about 30 percent of California’s water needs. Persistent drought has also dried out trees and brush, contributing to severe wildfires.

More Rain and Snow on the Way

The measurement came as wet and snowy January ended with yet another storm impacting the state and another, potentially more potent, tempest following about a day behind.
A three-year drought emergency ended in 2017, but officials said water conservation efforts must continue.
California typically gets about two-thirds of its annual rainfall between December and March.

DWR has conducted manual snow surveys at Phillips Station since 1964, recording both depth and snow water equivalent. Snow water equivalent is the depth of water that theoretically would result if the entire snowpack melted instantaneously. That measurement allows for a more accurate forecast of spring runoff.
DWR conducts five snow surveys each winter — near the first of January, February, March, April, and May — at Phillips Station in the Sierra Nevada just off Highway 50 near Sierra-at-Tahoe.
The Phillips snow course is one of hundreds that will be surveyed manually throughout the winter. Manual measurements augment the electronic readings from about 100 snow pillows in the Sierra Nevada that provide a current snapshot of the water content in the snowpack.