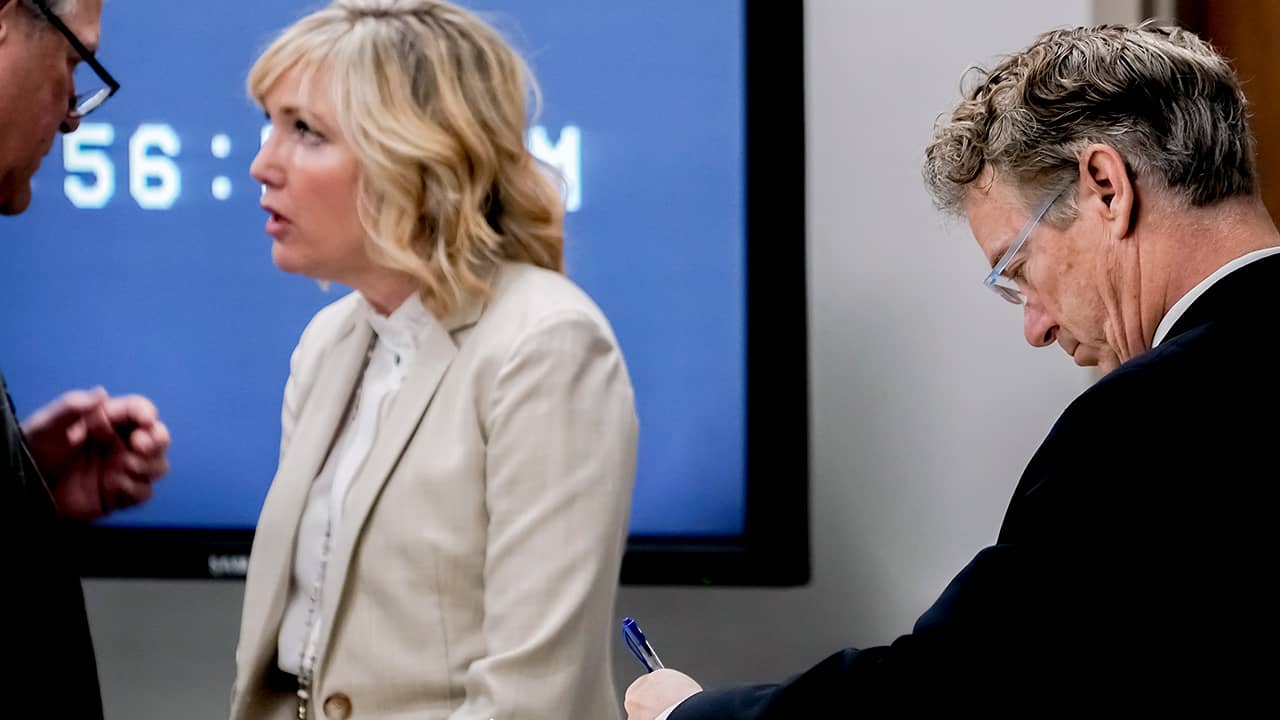 U.S. Sen. Rand Paul was awarded more than $580,000 in damages and medical expenses on Wednesday in his lawsuit against the neighbor who tackled him and broke several of his ribs in a dispute over lawn maintenance.
A jury in Bowling Green, Kentucky, deliberated less than two hours before delivering the award to the Republican lawmaker who had been attacked while doing yard work at his Kentucky home.

Paul Sought up to $500,000 in Compensatory Damages

The trial included testimony from doctors as well as other who live in the neighborhood, but the most riveting testimony came from the longtime neighbors — Paul and Boucher. Paul, a former GOP presidential hopeful, told the jury Monday that immediately after the attack, “the thought crossed my mind that I may never get up from this lawn again.”
An apologetic Boucher acknowledged he wasn’t thinking rationally and called it “two minutes of my life I wish I could take back.” Paul showed no outward emotion, sitting between his lawyer and his wife in the courtroom, as Boucher recounted the attack.
In his lawsuit, Paul sought up to $500,000 in compensatory damages and up to $1 million in punitive damages. Baker conceded during the trial that a “reasonable award” might be in order for Paul’s pain and suffering but said no punitive damages should be awarded. Baker said that Paul had resumed his “customary lifestyle” that includes golf and a skiing excursion.
After the verdict, Baker said “multiple issues” will come up during their appeal. Asked if Boucher has the financial resources to pay the damages, the attorney replied: “We’re going to talk about that.”
Boucher has already served a 30-day prison sentence after pleading guilty to assaulting a member of Congress. Federal prosecutors have appealed, saying 21 months would have been appropriate. Boucher also paid a $10,000 fine and served 100 hours of community service in the criminal case.
Both Paul and Boucher recounted with great detail their accounts of the attack.

The Attack in Paul’s Yard Was Motivated by Lawn Care, Not Politics

Paul testified that he got off his riding mower to pick up a stick and was straightening up when Boucher hit him from behind with such force that both flew through the air 5 or 10 feet (1.5 to 3 meters). He said he was wearing noise-canceling headphones and didn’t hear Boucher coming toward him.