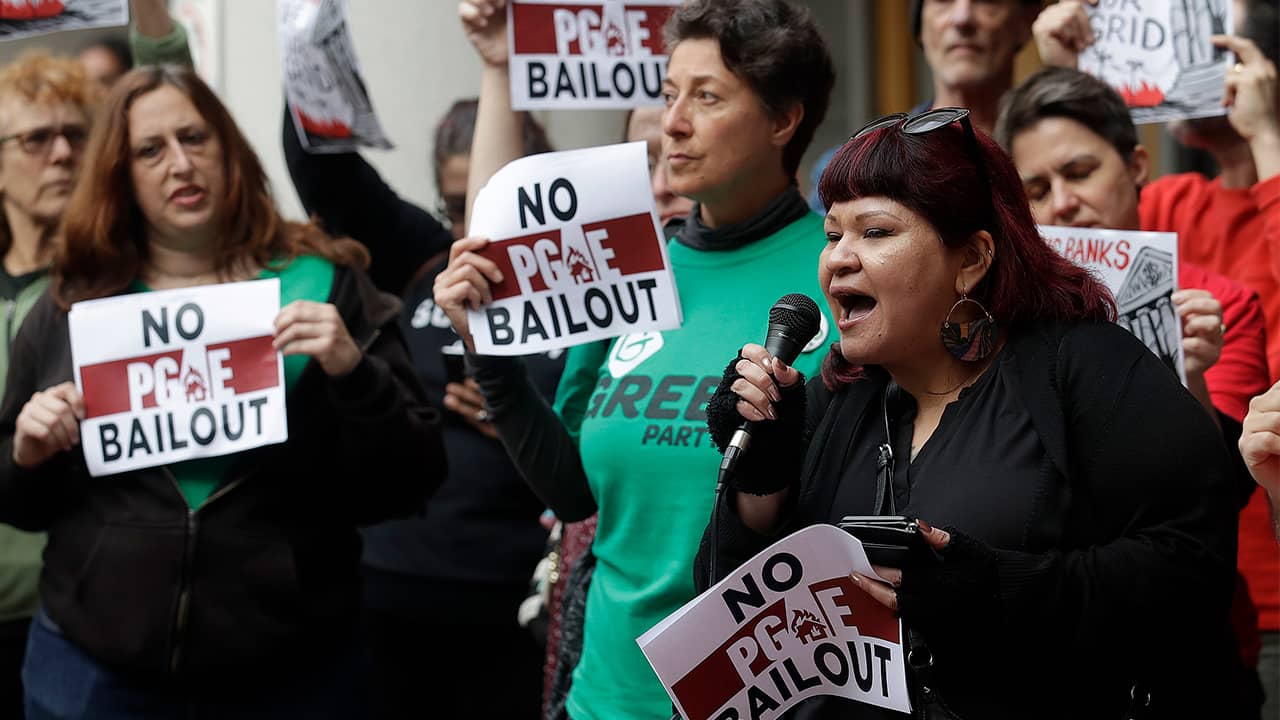 SAN FRANCISCO — A U.S. judge berated Pacific Gas & Electric Corp. on Wednesday, accusing the nation’s largest utility of enriching shareholders instead of clearing trees that can fall on its power lines and start fires and making “excuses” to avoid turning off electricity when fire risk is high.

Alsup said his goal was to prevent PG&E equipment from causing any wildfires during the 2019 fire season.
PG&E shot back in a court filing last week that the judge’s proposals would endanger lives and could cost as much as $150 billion to implement.
Kevin Orsini, an attorney for the company, said PG&E shared the judge’s concerns about wildfire and was working to reduce risk. But there weren’t enough qualified tree trimmers, and shutting off power would have “repercussions that affect the community,” he said.

Power cutoffs impact first responders, critical medical care and phone service and are potentially fatal, the utility said in its court filing.
“PG&E is facing a fundamental problem. The state is facing a fundamental problem,” Orsini said.
PG&E announced last year that it would cut off power preemptively when fire danger was high and did so for the first time in October for about 60,000 customers in Northern California. The move prompted complaints and demands for reimbursement from some customers.
Attorneys for wildfire victims, California regulators and the U.S. Department of Justice also spoke at Wednesday’s hearing.
Alsup was also critical of the California Public Utilities Commission, accusing it of working slowly and using former PG&E employees. The judge later apologized for those comments but still questioned how so many fires broke out under the CPUC’s watch.

Regulators Are Looking at Deploying Drones to Monitor Equipment

Later, CPUC President Michael Picker told lawmakers it would take between 15,000 and 20,000 new workers to “police” every utility pole and wire, adding “that’s just not going to work.”
Regulators are looking at deploying drones to monitor equipment, Picker said. At the Legislature’s direction, the CPUC is now requiring utilities to submit wildfire mitigation plans, and the CPUC wants to contract for about 100 new workers to help monitor utility safety.

PG&E Is Facing Hundreds of Lawsuits From Victims of Wildfires

Alsup only briefly mentioned the bankruptcy case during Wednesday’s hearing. Filing for bankruptcy generally does not put criminal proceedings on hold, so PG&E’s Chapter 11 reorganization may not allow it to avoid any orders issued by Alsup.
The judge found separately that PG&E violated its probation for failing to notify probation officials that a prosecutor’s office had opened a full investigation into the utility’s role in a 2017 California wildfire. Alsup said he would set a sentencing date later.


Related Story: Will PG&E Customers Pay More in Bankruptcy? Not if Watchdog Can Stop It

Kate Dyer, another attorney for PG&E, said the company had communicated with probation officials and didn’t hear until recently that it had not met their expectations.
Alsup said he would wait to see a wildfire mitigation plan PG&E was scheduled to submit to the CPUC on Feb. 6 before deciding what, if any, additional requirements to order.
PG&E is facing hundreds of lawsuits from victims of wildfires in 2017 and 2018, including the nation’s deadliest wildfire in a century.
That blaze in November killed at least 86 people and destroyed 15,000 homes in and around the Northern California town of Paradise. The cause is still under investigation, but suspicion fell on PG&E after it reported power line problems nearby around the time the fire broke out.
Related Topics:electricityFiresPacific Gas & Electric Corp.PG&Epower linesshareholderstreesutility
Up Next