For four decades, Proposition 13, the property tax reform that passed in 1978, has been blamed for many of the ills that have befallen California. 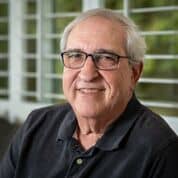 High housing costs were a constant refrain during the teachers strike. The lack of housing makes it more difficult for teachers to live near where they work, a curse for many middle class Californians.

Working with Howard Jarvis, a Proposition 13 co-author, and later running his taxpayers association, I have followed the multiple attacks on the measure, many silly and outrageous. Now the attacks are amped up along with a supposed, but flawed remedy.

In discussions of where new money would come from to solve the Los Angeles Unified School District labor dispute and teacher’s strike, a ballot measure designated for the 2020 statewide ballot to change to Proposition 13 often is mentioned.

The initiative promises to split the property tax roll between commercial and residential properties.

If approved, the split roll initiative would come with long-term problems and exacerbate issues that were raised during the teachers’ strike that would affect all of California.

Implementing a split roll would mean that commercial property would be taxed at market value. That would bring in more revenue to schools and local governments. But supporters of the split roll stop the discussion at that point, and fail to discuss the far-reaching consequences of undoing Proposition 13.

High housing costs were a constant refrain during the teachers strike. The lack of housing makes it more difficult for teachers to live near where they work, a curse for many middle class Californians.

Imagine what would happen if split roll were a reality. What do you think would happen when local governments would choose between green-lighting a commercial venture that would bring in gobs of new revenue for government as opposed to approving a housing project?

Just as taxpayers make adjustments to reduce their taxes, government officials embrace projects that will increase revenue. There are many examples of such behavior on both sides of the tax equation such as the infamous window tax of the 18th and 19th centuries in Europe.

In response, homeowners boarded up windows to avoid the tax. Tax collectors have similar reactions in the opposite direction. They will certainly okay revenue-producing developments ahead of housing projects.

Apparently there was no concession by the teachers’ union in the strike settlement to control pensions and health costs, two items that are driving the district toward insolvency, according to the Los Angeles County Board of Education and Los Angeles Unified School District Superintendent Austin Beutner.

Pension and heath costs are a big problem for local and state governments, just as they are for schools. The alternative is to turn to taxpayers to fund these generous benefits while taxpayers themselves struggle with their own retirement and health care situations.

But there is an element to the troubled pension situation that could be further damaged by a split roll. Many pensions rely on commercial properties to increase portfolios. With raised property taxes, commercial properties will be devalued and another debilitating weight would be added to government pensions holding business properties.

Both Sales and Income Taxes Reduce Sharply in a Recession

Under Proposition 13, most property taxpayers continue to pay the expected taxes due while both sales and income taxes reduce sharply in a recession.

Under Proposition 13, most property taxpayers continue to pay the expected taxes due while both sales and income taxes reduce sharply in a recession.

In addition to these problems, business owners forced to pay higher property taxes would pass those costs onto consumers, and that would diminish the state’s economy.

For residential property taxpayers there is another thing to keep an eye on. Is the move toward a split roll the first step to taking away Proposition 13 protections from homeowners?

At a recent speech to the Palos Verdes Chamber of Commerce, noted Los Angeles area economist Christopher Thornberg raised the issue saying he would flip the split roll, keeping Proposition 13 on commercial property and getting rid of it on residential property to help local governments fund services related to homes.

You can bet the idea of eliminating all of Proposition 13 is on the mind of those advocating more and more government spending and the split roll ballot fight will be the first test.

Joel Fox, former president of the Howard Jarvis Taxpayers Association, publishes FoxandHoundsDaily.com on California politics and is an adjunct professor at Pepperdine University’s Graduate School of Public Policy, joel@foxandhoundsdaily.com. He wrote this Commentary for CALmatters.