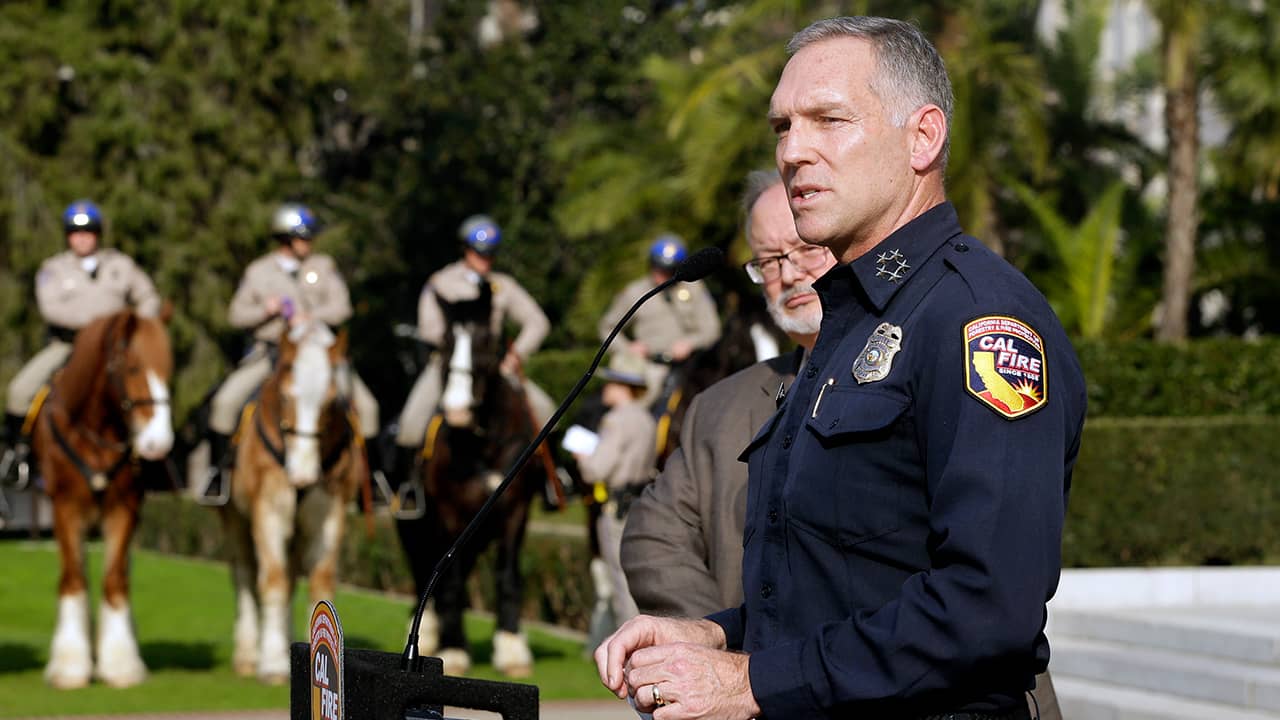 SACRAMENTO — California wildland managers said Tuesday that they want to speed up logging and prescribed burns designed to slow wildfires that have devastated communities in recent years.
After the deadliest and most destructive blazes in state history, officials are scrapping 12 years of efforts and starting anew on creating a single environmental review process to cover projects on private land, such as cutting back dense stands of trees and setting controlled fires to burn out thick brush.


“I really believe desperate times call for desperate measures. I normally would not be that guy who would want to interfere in the environmental process but, listen, we’re losing lives.” — State Sen. Bill Dodd (D-Napa)
A new process would still need to clear administrative hurdles and may face lawsuits.
The goal of the one-step process is to double the state’s forest management efforts to a half-million acres (202,347 hectares) of non-federal land each year, a target set by former Gov. Jerry Brown. The new system is slated to be ready within a year.

Republican President Donald Trump has repeatedly criticized California’s Democratic officials for not doing a good enough job managing the state’s forests and has threatened to cut off the state’s federal disaster funding.
California’s strict environmental laws require individual reviews of projects to determine if they will be harmful, but some elected officials of both political parties say the laws have been used to slow necessary improvements.
Environmental groups are already predicting lawsuits over the new policy. They say the state should concentrate on protecting homes from wind-driven embers, something they say no amount of forest-thinning can accomplish.

CalFire, the California Conservation Corps, and private landowners like logging and biofuel companies already do forest management projects. But each one requires its own environmental review, said Matt Dias, the Board of Forestry and Fire Protection’s executive officer.
The board will try again to create a sweeping environmental review to encompass projects that meet certain criteria. Dias said the new review would be quicker and “much less onerous.”
The state is taking the wrong approach, said Sierra Club California director Kathryn Phillips and California Chaparral Institute director Richard Halsey.
The problem in Paradise, Santa Rosa, and other communities was firestorms of embers driven miles ahead of the flames, Phillips and Halsey said in separate interviews, adding that the state would better spend its efforts on hardening homes to withstand sparks.
“This focus on dead trees and forests is just insanity. That’s not where people are dying,” said Halsey.

The new environmental document isn’t a panacea, but part of a more comprehensive approach, said CalFire Director Thom Porter and forestry board chairman Keith Gilless.
“When you have a healthy forest and a wind-driven fire runs into it, it will reduce to a ground fire and not take out the entire forest,” said Porter. “It’s less likely to burn down the community as well.”
The state also must consider changes to zoning and land use decisions in areas that are prone to wildfires; make individual homes less likely to burn; improve evacuation routes; and increase community preparedness, Gilless said.

Republican Assemblyman James Gallagher of Yuba City, who represents Paradise, said that when he talks to his constituents, “It’s almost always the No. 1 thing that gets brought up, why can’t we do more timber management, fuels thinning?”
He blamed environmental lawsuits for stalling the state’s plans.
“It’s obviously been frustrating that it’s taken 12 years,” Gallagher said.
“It’s about time,” added Republican state Sen. Jim Nielsen of Gerber, who also represents the area. “These fuels have been accumulating over decades.”
Democratic state Sen. Bill Dodd of Napa was encouraged that the state is moving toward streamlining environmental reviews.
“I really believe desperate times call for desperate measures,” Dodd said. “I normally would not be that guy who would want to interfere in the environmental process but, listen, we’re losing lives.”

College Is Coming to Southwest Fresno. Will Students Be Ready?