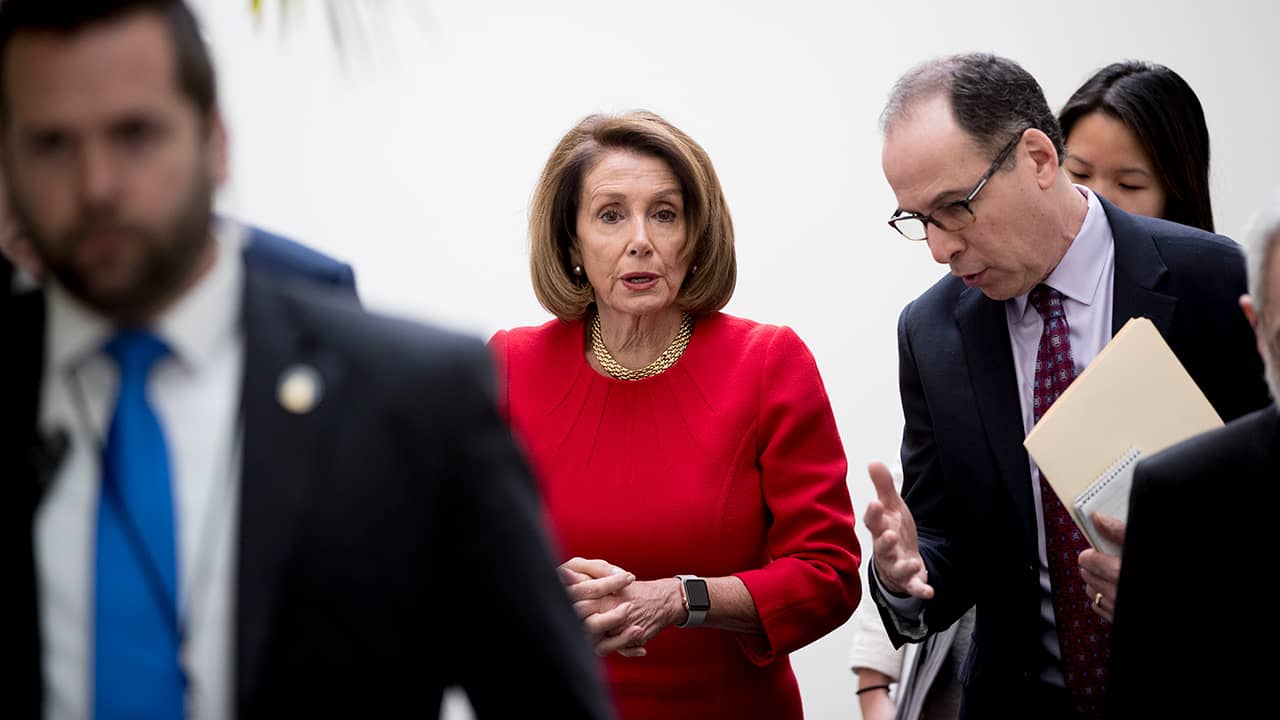 UPDATE, 8:54 A.M., THURSDAY, JAN. 24:
President Donald Trump said he is postponing his State of the Union address until the partial government shutdown ends, yielding after a weeklong showdown with House Speaker Nancy Pelosi.
______________________
WASHINGTON — House Speaker Nancy Pelosi is officially postponing President Donald Trump’s State of the Union address until the government is fully reopened.
The California Democrat told Trump in a letter Wednesday the Democratic-controlled House won’t pass the required measure for him to give the nationally televised speech from the House floor.
Pelosi acted just hours after Trump notified her that he was planning to deliver the speech next Tuesday in line with her original invitation.
The speaker said, “I look forward to welcoming you to the House on a mutually agreeable date for this address when government has been opened.”
Trump followed Pelosi’s announcement by saying he will do an “alternative” event. From the White House, the president called the cancellation a “disgrace.”
He did not detail his next move, saying: “We will be announcing what we’re doing.”

Trump: There Are ‘No Security Concerns’

Trump issued a letter to Pelosi on Wednesday. In it he dismisses her suggestion the speech should be postponed or delivered in writing due to security issues related to the partial government shutdown. Declaring there are “no security concerns,” Trump says he will fulfill his “Constitutional duty.”
Trump adds that it would be “so very sad” for the country if the address is not given as planned Jan. 29.

Pelosi last week cited the impact of the ongoing shutdown on the Department of Homeland Security and the U.S. Secret Service. Homeland Security Secretary Kirstjen Nielsen said the agencies were prepared to support the speech.
This is the second time that Trump and Pelosi have traded letters in a tit-for-tat battle to control the shutdown narrative.