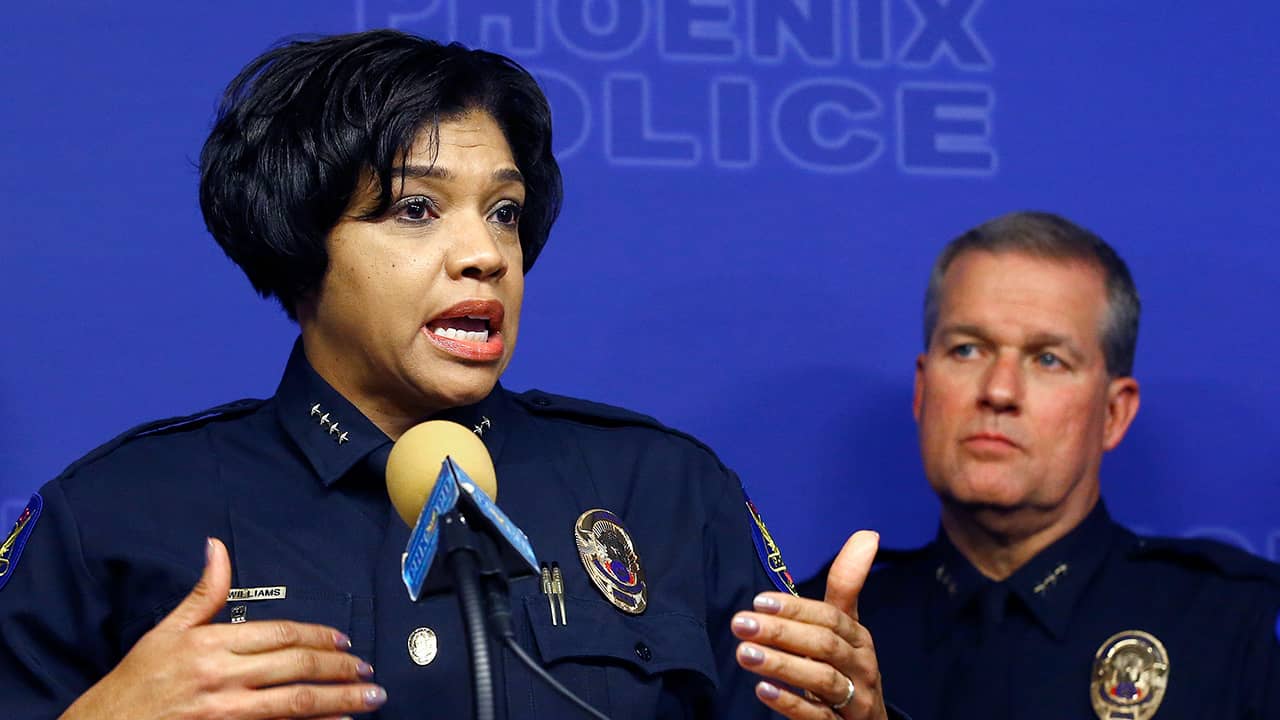 PHOENIX — A nurse who was looking after an incapacitated woman at long-term health care facility has been charged with raping her, weeks after she stunned her caregivers and family who didn’t know she was pregnant by giving birth to a baby boy, Phoenix police said Wednesday.
Investigators arrested 36-year-old Nathan Sutherland, a licensed practical nurse, on suspicion of one count of sexual assault and one count of vulnerable adult abuse, Phoenix Police Chief Jeri Williams said.
“We owed this arrest to the victim. We owed this arrest to the newest member of our community — that innocent baby,” Williams said.
The surprise birth late last month triggered reviews by state agencies and highlighted safety concerns for patients who are severely disabled or incapacitated and prompted authorities to test the DNA of all the men who worked at the Hacienda HealthCare facility.
Police spokesman Tommy Thompson said Sutherland was charged after his DNA was found to match the baby’s.
Sutherland declined to speak with police and invoked his Fifth Amendment rights, Thompson said. A message left at a phone number listed for Sutherland was not immediately returned.

Employees Had No Idea She Was Pregnant

The 29-year-old victim has been in long-term care since the age of 3 and gave birth at the facility on Dec. 29. Employees said they had no idea she was pregnant. As her guardian, the woman’s mother was required to submit an annual report to the court that included results of a medical exam.
The case has prompted the departure or discipline of key figures at Hacienda HealthCare, including the CEO. The provider on Sunday announced that one doctor who had cared for the woman resigned and another had been suspended.
Earlier stories had described the patient as being comatose or in a vegetative state. But her parents released a statement on Tuesday disputing that characterizations. They described her instead as intellectually disabled because of seizures in early childhood. While she doesn’t speak, she has some mobility in her limbs, head and neck. She also responds to sound and can make facial gestures.