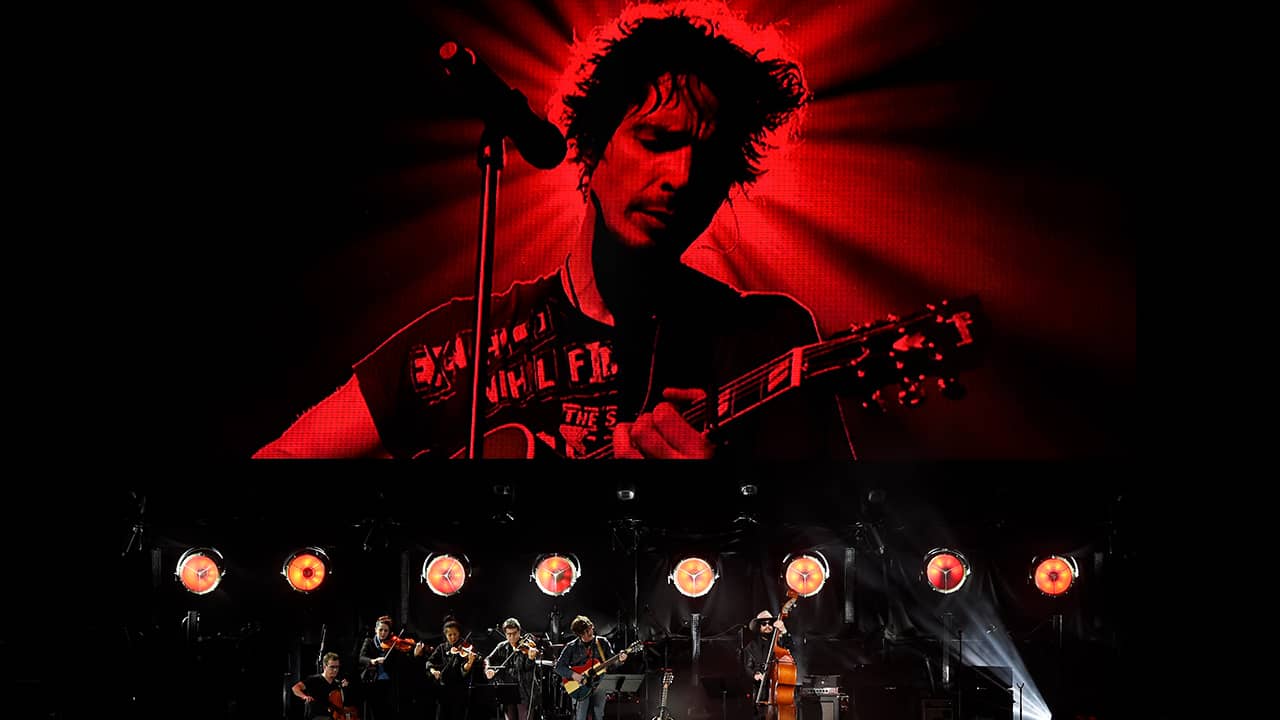 LOS ANGELES — Many from Metallica and the Foo Fighters rocked on with electrifying performances as family members gave heartfelt speeches in memory of the late Chris Cornell.

A Leader of the Grunge Movement

Cornell was a leader of the grunge movement with Seattle-based Soundgarden, finding early success with them. But he also succeeded with other projects, including Audioslave, Temple of the Dog as well as solo albums.
“This event showcases his contribution to music history across genres and generations,” she said. “We all know how music can change us. But Chris did something more extraordinary. He changed music. … That legacy and influence will last for generations to come.”
Jimmy Kimmel hosted most of the five-hour tribute concert that took the sold-out crowd through Cornell’s career and catalog, with performances by members of his former bands Soundgarden and Audioslave. The all-star lineup also included Miley Cyrus, Adam Levine, Brandi Carlile, Miguel, Chris Stapleton, Ryan Adams and Temple of the Dog.
“We miss you, Chris,” said Cyrus, who performed “Two Drink Minimum” then later “Say Hello 2 Heaven,” a Temple of the Dog song that was written by Cornell. She wore a jacket bearing a picture of Cornell on it.
“I’m honored to be here tonight,” she said.
Brad Pitt introduced Cornell’s daughter, Toni Cornell, who sang while Ziggy Marley played the guitar as they performed his father’s song “Redemption Song.” The singer’s other daughter Lily Cornell Silver said her father had a “beautiful gift” as a musician.

“The most influential advice he gave me was that his success didn’t come from a desire to have success. It was born from a passion and a love for what he did,” she said.