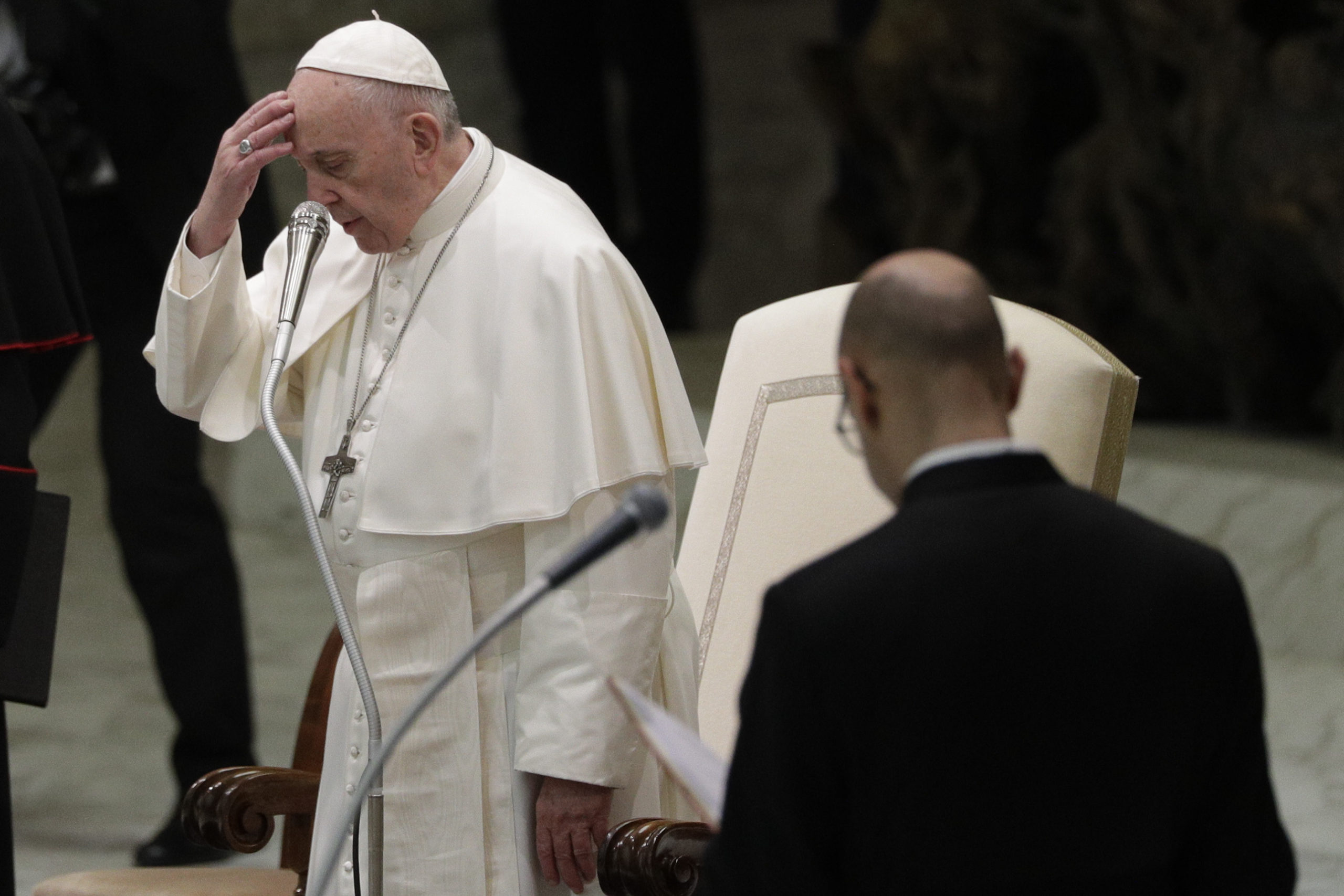 VATICAN CITY — Pope Francis is insisting that bishops attending his high-stakes sex abuse prevention summit will learn the laws to use against predators, how to care for victims and will make sure that no cleric abuse cases are covered up again.
The Vatican on Wednesday provided details about the Feb. 21-24 meeting, saying its main aim is to guarantee that bishops around the world “clearly understand what they need to do to prevent and combat the worldwide problem of the sexual abuse of minors.”

Francis will attend the full summit, which includes plenary meetings, working groups, witness testimony, a penitential service and a final Mass on Feb. 24.
The pope appointed the Rev. Federico Lombardi to moderate the plenary meetings. The Italian Jesuit was Vatican spokesman during the last big explosion of sex cases in 2010 and recently penned a lengthy article in a Jesuit magazine about the Catholic Church’s response to the scandal to date.
Francis announced in September that he was inviting presidents of bishops’ conferences around the world to attend the summit amid a crisis in his papacy over his own botched handling of sex abuse cases and a new explosion of the scandal in the U.S., Chile and beyond.

Francis has a blemished record on handling sex abuse cases.
As a cardinal in Argentina, Francis commissioned an external legal study into the case of a popular priest accused of abuse whose conviction was upheld by the country’s supreme court. Last year, he strongly defended a Chilean bishop accused of covering for a notorious predator.
Francis has also been accused of turning a blind eye to the sexual misconduct with adults by the American ex-Cardinal Theodore McCarrick. And the pope is now under the spotlight because an Argentine bishop whose career he promoted, first in Argentina and now at the Holy See, is under investigation for sexual misconduct with seminarians.

The Vatican spokesman, Alessandro Gisotti, said Francis realized the problem is global and must be addressed globally by the church.
He said Francis considered it fundamental that when the participants return home “they understand the laws to be applied and that they take the necessary steps to prevent abuse, to care for the victims, and to make sure that no case is covered up or buried.”
The meeting organizers, who met in Rome last week and briefed Francis on their preparations, have urged bishops to meet with victims at home before they come to Rome.
With the crisis threatening the credibility of the papacy and the Catholic hierarchy as a whole, the Vatican has tried to tamp down expectations for the summit. Its new communications coordinator, Andrea Tornielli, recently warned that the buildup to the meeting had been “excessive.”
Still, Francis himself heightened those expectations, referring to the summit in his Christmas address to the Vatican bureaucracy and again in his annual foreign policy address to the Vatican diplomatic corps.