LA Teachers Go on Strike in 2nd-Largest US School District 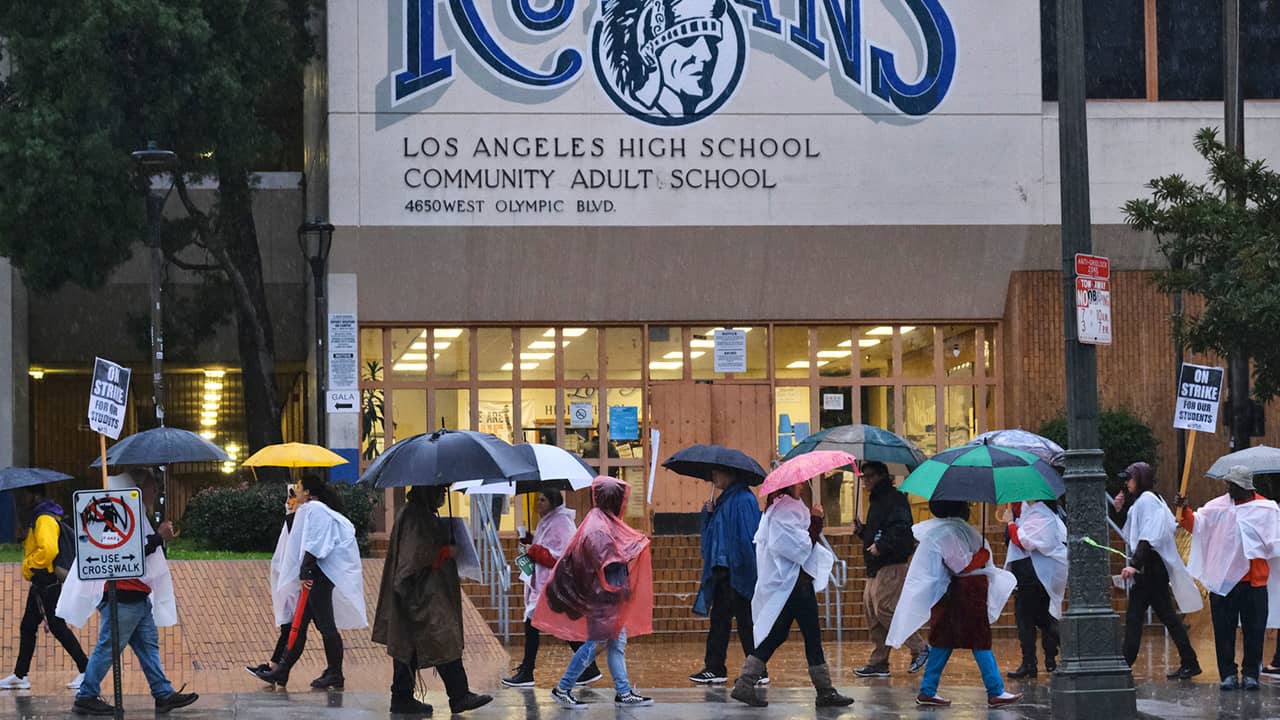 The union also wants significantly smaller class sizes, which routinely top 30 students, and more nurses, librarians, and counselors to “fully staff” the district’s campuses in Los Angeles and all or parts of 31 smaller cities, plus several unincorporated areas.


The union says they’re encouraging school closures and flipping public schools into charters, which are privately operated public schools that compete for students and the funds they bring in.
Teachers are hoping to build on the “Red4Ed” movement that began last year in West Virginia and moved to Oklahoma, Kentucky, Arizona, Colorado and Washington state. It spread from conservative states with “right to work” laws that limit the ability to strike to the more liberal West Coast with strong unions.
Actions elsewhere emboldened Los Angeles teachers, Caputo-Pearl said before the strike.

Dispute Over How to Spend Reserves

The union argues that the district is hoarding reserves of $1.8 billion that could be used to fund the pay and staffing hikes. The district said that money is needed to cover retiree benefits and other expenses.
District Superintendent Austin Beutner asked Friday for Gov. Gavin Newsom to step in to avoid a strike.
The union says Beutner, an investment banker and former Los Angeles deputy mayor without experience in education, and school board members who voted him in are trying to privatize the district.
The union says they’re encouraging school closures and flipping public schools into charters, which are privately operated public schools that compete for students and the funds they bring in.
Beutner has said his plan to reorganize the district would improve services to students and families. He and his supporters on the board envision an education system with public and charter schools under the same leadership.