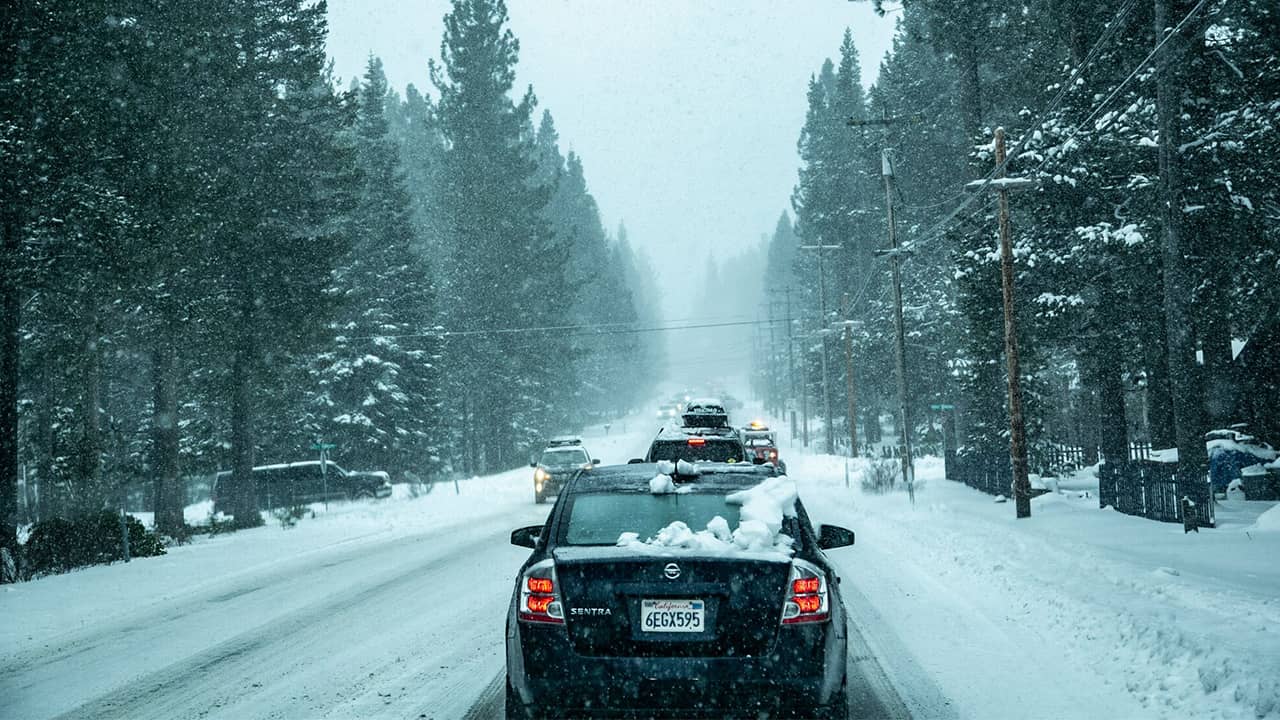 Utility crews worked Monday to restore power to thousands of people after a winter storm swept through Northern California, toppling utility poles and trees and prompting the temporary closure of a major highway, Interstate 80.
Strong winds and downed trees knocked out electricity for nearly 90,000 customers across the Sacramento region Sunday night. By Monday morning, 13,000 customers still had no power.
In Oregon and Washington, tens of thousands of people remained without power after windstorms struck parts the northwest over the weekend.
I-80 from Placer County in California to the state line with Nevada reopened Monday but it remained closed in Nevada’s Washoe County, the California Transportation Department said.

The Highway Patrol reported helping out dozens of motorists stuck in the snow near the Shaver Lake area Saturday night.

Motorist planning to travel anywhere in the Sierra this week should check with Caltrans and the National Weather Service for weather and road conditions beforehand. Snow is predicted throughout the southern  Sierra this week, according to the NWS.

Officials shut down the highway Sunday after the snowstorm reached the Lake Tahoe area as weekend visitors were leaving.The National Weather Service on Monday issued a winter storm warning for areas in the Sierra Nevada above 4,000 feet, saying snowy and gusty conditions will limit visibility.
Two feet of snow was reported at Mammoth Mountain. More than a foot fell in the upper elevations around Tahoe, including 19 inches at Squaw Valley.
Up to 5 inches of rain fell in some Northern California coastal and valley areas, while mountain communities got heavy snow.
A new wet system is expected in the region on Tuesday night, but it won’t be as intense but two more powerful storms are expected over the weekend, National Weather Service forecaster Emily Heller said.

In Southern California, light to moderate rain fell early Monday as a second system followed heavy Saturday night downpours that unleashed massive mudflows from the fire-scarred Santa Monica Mountains onto Pacific Coast Highway.
Cleanup work kept about 13 miles of the scenic highway closed from western Malibu to Ventura County. Caltrans said the closure might last into Tuesday.
While the latest rain was modest, powerful winds swept the Antelope Valley north of Los Angeles early Monday because of a so-called mountain wave — southwesterly winds rising up and over the San Gabriel Mountains and then plunging down into the high desert. The National Weather Service said a 78 mph gust was recorded at Lake Palmdale.