Man Charged With Killing Edison High Grad While He Camped 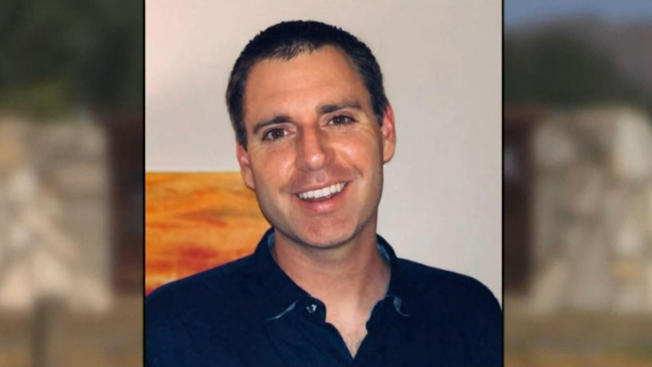 LOS ANGELES — Los Angeles County prosecutors have charged a 42-year-old ex-convict with killing a camper, 35-year-old Tristan Beaudette, at Malibu Creek State Park in June.
The man, Anthony Rauda, is also accused of trying to kill 10 other people over two years.
Prosecutors allege that Rauda opened fire on campers and motorists in incidents dating to November 2016, when a man sleeping at the state park was wounded. He allegedly fired into a vehicle less than a week later and shot into vehicles three times in 2017.
Prosecutors say he shot at a car on a road on June 18, 2018, and four days later fatally shot Beaudette, a graduate of Fresno’s Edison High School, in the state park as the victim was in a tent with two daughters.
The girls, ages 2 and 4, were not injured but are considered victims of attempted murder and listed in a criminal complaint as Jane Doe 1 and Jane Doe 2.

The case attracted national attention from many prominent newspapers, as well as cable and broadcast networks.
The Washington Post reported that Beaudette graduated with a Ph.D. in chemistry from the University of California at Berkeley in 2010 and had worked for Allergan, an Irvine pharmaceutical company.
The popular campground and park 30 miles west of downtown Los Angeles was closed temporarily after the killing. Much of the park, which has served as a filming location for movies and TV shows such as “M.A.S.H.,” was charred in recent wildfires.
Fear spread when authorities acknowledged after the slaying that several shootings had occurred in the area and other victims came forward to report they had been shot at.

Rauda was arrested in October after sheriff’s deputies spotted him on a ridgetop dressed in black and carrying a rifle in his backpack. They had been searching on foot and by helicopter for an armed burglar who had broken into businesses and homes and stolen food.
Rauda was sent back to jail last month on a probation violation on gun and ammunition charges.
But the investigation remained open as authorities looked into whether he was connected to the mysterious shootings. They date to November 2016, when a wildlife biologist was struck in the arm while sleeping in a hammock near the park.
Rauda was brought into court in a wheelchair Monday, but his arraignment was postponed until Jan. 22. At a previous court appearance, he wore a mesh hood to prevent him from spitting or biting.
A public defender representing Rauda didn’t immediately return phone and email messages seeking comment.
If convicted, Rauda faces up to life in prison.

Family Was Planning to Move to Bay Area

At the time of his killing, Beaudette’s family was preparing to move to the Bay Area where he and his wife, Erica Wu, had landed new jobs.
(Associated Press contributed to this report.) Park Service to Tap into Entrance Fees to Keep Operating