US Employers Went on a Hiring Spree in December: 312K Jobs 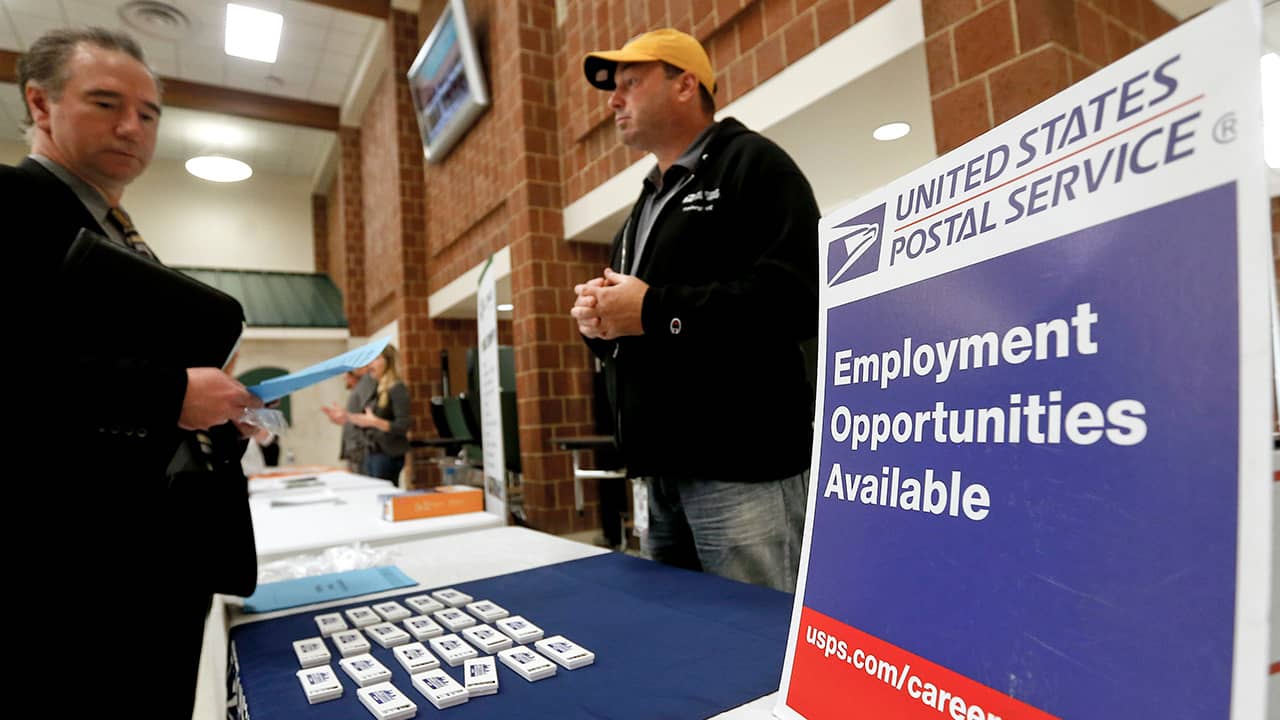 WASHINGTON — U.S. employers dramatically stepped up hiring in December, adding 312,000 jobs in an encouraging display of strength for an economy in the midst of a trade war, slowing global growth and a partial government shutdown.
The Labor Department said Friday that the unemployment rate rose slightly to 3.9 percent, but that reflected a surge in job seekers — a positive for growth.
Average hourly pay improved 3.2 percent from a year ago, up from 2.7 percent at the end of 2017.
The jolt in hiring offered a dose of reassurance after a tumultuous few months on the financial markets.
Stocks surged on the news, along with word that the U.S. and China will hold trade talks next week and comments from Federal Reserve Chairman Jerome Powell that the U.S. central bank will be flexible in judging whether to raise interest rates.
The Dow Jones industrial average climbed roughly 700 points in early afternoon trading, an increase of about 3 percent.

The Economy Will Continue to Expand

Job growth at this pace is a sign that the economy will continue to expand for a 10th straight year, even if overall growth slows somewhat because of the waning stimulus from President Donald Trump’s tax cuts.

Next Jobs Report Could Be Weak if Shutdown Continues

China, the world’s second-largest economy, is also mired in a slowdown as its consumers have become cautious, losing much of their appetite for real estate, iPhones, Ford vehicles and jewelry from Tiffany & Co.
The U.S. government is about to enter its third week of a partial shutdown, with negotiations stalled over Trump’s insistence that Democrats agree on funding for a border wall. The president’s attacks on the Fed and Powell over the central bank’s interest rate increases have also worried investors.
Powell stressed at a panel in Atlanta on Friday that he would not resign if the president asked him to do so.
The expected continuation of steady job growth suggests that some of the risks might be — for the moment, anyway — overblown. However, the stock market will have to weigh whether the strong job growth will lead the Fed to raises rates even more than anticipated.
Trump called the job growth “GREAT” on Twitter. But Kevin Hassett, chairman of the White House Council of Economic Advisers, told reporters on Thursday that the next jobs report for January could be weak if the government shutdown continues. Hundreds of thousands of government employees put out of work would lower the job totals.

“So when we see the January jobs number, it could be a big negative,” Hassett said.
The health care, food services, construction and manufacturing sectors were the primary contributors to last month’s hiring.
Health care and education services added 82,000 jobs, the biggest jump since February 2012. Restaurants and drinking places posted a net gain of 40,700 jobs. Builders added 38,000 construction jobs, while manufacturers increased their payrolls by 32,000 workers.
Businesses are still searching for more workers.
Fresh Coat Painters, based in Cincinnati, plans to nearly double the 300 employees who paint homes and businesses as it expands this year across this country. The franchiser is also launching an apprenticeship program to attract workers, in addition to providing higher pay and benefits.

Monthly Job Gains Will Likely Downshift to a Gradual Pace

Tara Riley, president of Fresh Coat, said that franchise owners are having to actively search for workers instead of simply posting ads.