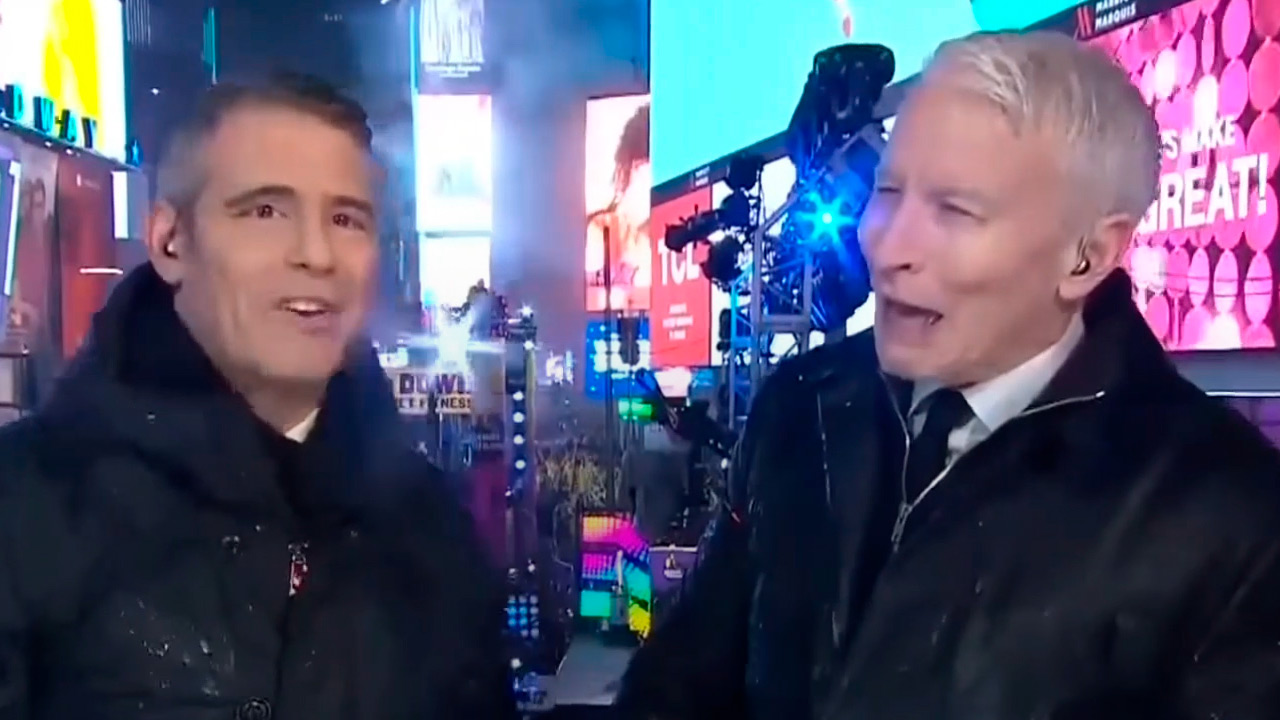 On Monday, CNN’s anchors and correspondents engaged in what has become an annual tradition for the network on New Year’s Eve: drinking on air.

CNN’s Anderson Cooper, Don Lemon, Brooke Baldwin, and Randi Kaye spent the night drinking shots, champagne and vodka-sodas and encouraging viewers at home to join them, highlights of which you can see in the video below.

While CNN was not the only network to show its hosts drinking on air (Fox News hosts mixed drinks on camera during the network’s New Year’s Eve special), its broadcast centered on alcohol more than other networks’, according to a Washington Post review of closed-captioning records.

The on-air drinking was a far cry from the New Year’s Eve broadcasts of Guy Lombardo and Dick Clark, which focused primarily on music and festivities.

In recent years, CNN hosts have gotten ears pierced, removed clothes and attended marijuana parties on air, none of which happened Monday night (though Cooper did discuss his mother’s relationship history at one point).

The social media attention paid to the on-air drinking may have overshadowed a key moment at midnight: Journalists were invited to drop the ball in Times Square to honor press freedom after the number of reporters killed nearly doubled in 2018.