US Stocks End Dismal, Volatile Year on a Bright Note 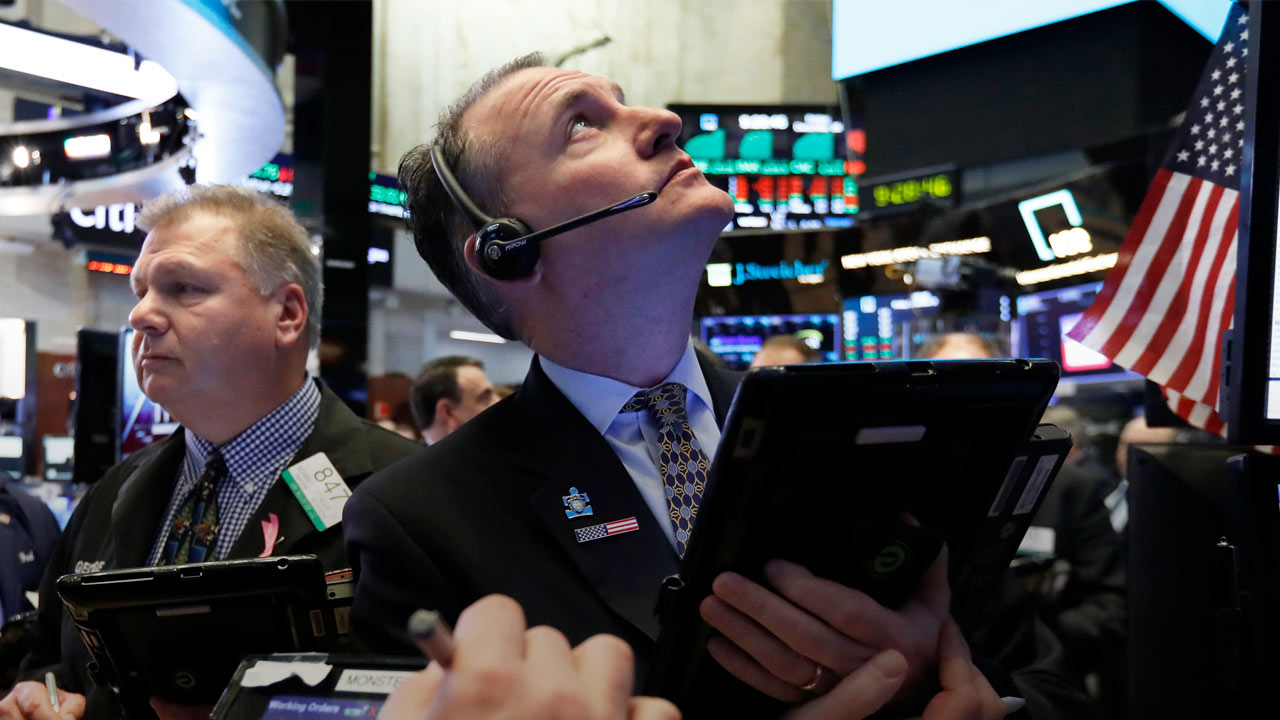 Wall Street closed out a dismal, turbulent year for stocks on a bright note Monday, but still finished 2018 with the worst showing in a decade.
After setting a series of records through the late summer and early fall, major U.S. indexes fell sharply after early October, leaving them all in the red for the year.
The S&P 500 index, the market’s main benchmark, finished the year with a loss of 6.2 percent. The last time the index fell for the year was in 2008 during the financial crisis. The S&P 500 posted tiny losses in 2011 and 2015, but eked out small gains in both years once dividends were included.
The Dow Jones Industrial Average declined 5.6 percent. The Nasdaq composite slid 3.9 percent.
Major indexes in Europe also ended 2018 in the red. The CAC 40 of France finished the year down 11 percent. Britain’s FTSE 100 lost 12.5 percent. Germany’s DAX ended the year in a bear market, down 22 percent from a high in January and 18 percent from the start of the year.

“This has really been a challenging year for investors,” said Jeff Kravetz, regional investment strategist at U.S. Bank Wealth Management. “This was really the year that market volatility returned with a vengeance.”
Wall Street started 2018 strong, buoyed by a growing economy and corporate profits. Stocks climbed to new highs early, shook off a sudden, steep drop by spring and rode a wave of tax cut-juiced corporate earnings growth to another all-time high by September. Then the jitters set in.
Investors grew worried that the testy U.S.-China trade dispute and higher interest rates would slow the economy, hurting corporate profits. A slowing U.S. housing market and forecasts of weaker global growth in 2019 stoked traders’ unease.
In October the market’s gyrations grew more volatile.
The autumn sell-off knocked the benchmark S&P 500 index into a correction, or a drop of 10 percent from its all-time high, for the second time in nine months. A Christmas Eve plunge brought it briefly into bear market territory, or a drop of 20 percent from its peak, before closing just short of the threshold that would have meant the end of the market’s nearly 10-year bull market run.
“For markets to move higher next year, we’re going to have to resolve those issues,” Kravetz said.

The risks confronting investors have market strategists along Wall Street forecasting another turbulent year for stocks in 2019, and potentially one of the most difficult years for investors since the bull market began.
On Monday, the S&P 500 index rose 21.11 points, or 0.9 percent, to 2,506.85. The Dow gained 265.06 points, or 1.2 percent, to 23,327.46. The Nasdaq added 50.76 points, or 0.8 percent, to 6,635.28. The Russell 2000 index of smaller-company stocks picked up 10.64 points, or 0.8 percent, to 1,348.56. It finished 12.2 percent lower for the year.
Bond prices rose. The yield on the 10-year Treasury note fell to 2.68 percent from 2.73 percent late Friday. The yield started off the year at 2.41 percent.
Health care stocks paved the way for Monday’s modest gains. The sector ended the year with a 4.7 percent increase, to lead all other sectors in the S&P 500. Utilities were the only other sector to eke out an annual gain, adding 0.5 percent.
Technology companies, a big driver of the market’s gains before things deteriorated in October, ended the year with a 1.6 percent loss. Three of the five so-called “FAANG” stocks — Facebook, Amazon, Apple, Netflix and Google parent Alphabet — ended 2018 lower. Amazon rose 28.4 percent, while Netflix jumped 39.4 percent.


Stocks also got a boost in early December when the U.S. and China agreed to a truce on trade, but then plunged when it was unclear what exactly both sides had agreed upon.
Energy companies fared the worst, plunging 20.5 percent for the year, as the price of U.S. crude oil tumbled around 40 percent from a four-year peak of $76 a barrel in October.
On Monday, benchmark U.S. crude oil inched up 0.2 percent to settle at $45.41 a barrel in New York. Brent crude, the benchmark for international prices, gained 1.1 percent to $53.80 a barrel in London.
Trading will be closed Tuesday for New Year’s Day.

Investors drew encouragement from a tweet from President Donald Trump on Sunday, in which the president said he had a “long and very good call” with Chinese President Xi Jinping. Trump added: “Deal is moving along very well. If made, it will be very comprehensive, covering all subjects, areas and points of dispute. Big progress being made.”
Meanwhile, the official Xinhua News Agency cited a Chinese Foreign Ministry spokesman as saying that “China stands ready to work with the United States to move forward the China-U.S. ties which are underpinned by coordination, cooperation and stability.”
Stocks also got a boost in early December when the U.S. and China agreed to a truce on trade, but then plunged when it was unclear what exactly both sides had agreed upon.
In other trading Monday, the dollar fell to 109.61 yen from 110.41 yen on Friday. The euro strengthened to $1.1445 from $1.1442.
Gold slipped 0.1 percent to $1,281.30 an ounce and silver gained 0.7 percent to $15.54 an ounce. Copper lost 1.9 percent to $2.63 a pound.
In other energy futures trading, wholesale gasoline slipped 0.2 percent to $1.32 a gallon. Heating oil rose 1 percent to $1.68 a gallon. Natural gas plunged 11 percent to $2.94 per 1,000 cubic feet.

With Two Active Arrest Warrants, Why Was Alleged Cop Killer Not in Jail?