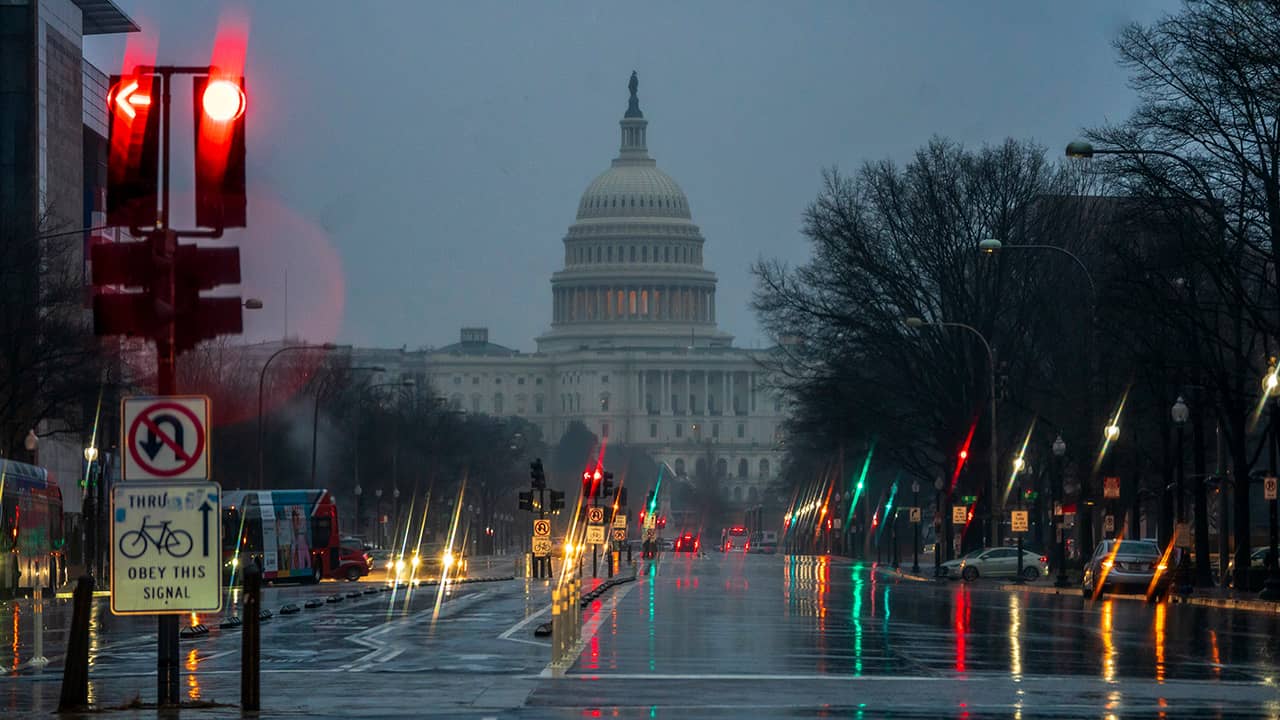 WASHINGTON — The partial government shutdown will almost certainly be handed off to a divided government to solve in the new year, as both parties traded blame Friday and President Donald Trump sought to raise the stakes in the weeklong impasse.

Forcing Workers to Stay Home or Work Without Pay

The shutdown is forcing hundreds of thousands of federal workers and contractors to stay home or work without pay, and many are experiencing mounting stress from the impasse. It also is beginning to pinch citizens who count on certain public services. Gates are closed at some national parks, the government won’t issue new federal flood insurance policies and in New York, the chief judge of Manhattan federal courts suspended work on civil cases involving U.S. government lawyers, including several civil lawsuits in which Trump himself is a defendant.
With another long holiday weekend coming and nearly all lawmakers away from the Capitol there is little expectation of a quick fix.
“We are far apart,” White House press secretary Sarah Sanders told CBS on Friday, claiming of Democrats, “They’ve left the table all together.”
Incoming acting chief of staff Mick Mulvaney said Democrats are no longer negotiating with the administration over an earlier offer to accept less than the $5 billion Trump wants for the wall. Democrats said the White House offered $2.5 billion for border security, but that Senate Democratic leader Chuck Schumer told Vice President Mike Pence it wasn’t acceptable.
“There’s not a single Democrat talking to the president of the United States about this deal,” Mulvaney said Friday. Speaking on Fox News, he tried to drive a wedge between Democrats, pinning the blame on Democratic leader Nancy Pelosi.
“My gut was that (Schumer) was really interested in doing a deal and coming to some sort of compromise. But the more we’re hearing this week is that it’s Nancy Pelosi who’s preventing that from happening,” he said.

Mulvaney added of the shutdown: “We do expect this to go on for a while.” He said Trump had canceled his plans to travel to Florida for New Year’s.

But even that may be difficult without a compromise because the Senate will remain in Republican hands and Trump’s signature will be needed to turn any bill into law.
“I think it’s obvious that until the president decides he can sign something — or something is presented to him — that we are where we are,” said Sen. Pat Roberts, R-Kan., who opened the Senate on Thursday for a session that only lasted minutes.
“Call it anything,” he added, “barrier, fence, I won’t say the ‘w’ word.”
Trump long promised that Mexico would pay for the wall, but Mexico refuses to do so. It was unclear how Trump’s threat to close the border would affect his efforts to ratify an amended North American free trade pact.
He has also repeatedly threatened to cut off U.S. aid to countries he deems insufficient partners in combating illegal immigration, but has thus far failed to follow through with those threats. Experts have warned that cutting off aid money to El Salvador, Guatemala and Honduras could actually exacerbate the problem by worsening the poverty and violence that push many migrants to leave those countries.
And it is Congress, not the president, which appropriates aid money. The White House would have to notify Congress if it wanted to cut or reallocate aid, which could delay or complicate the process.