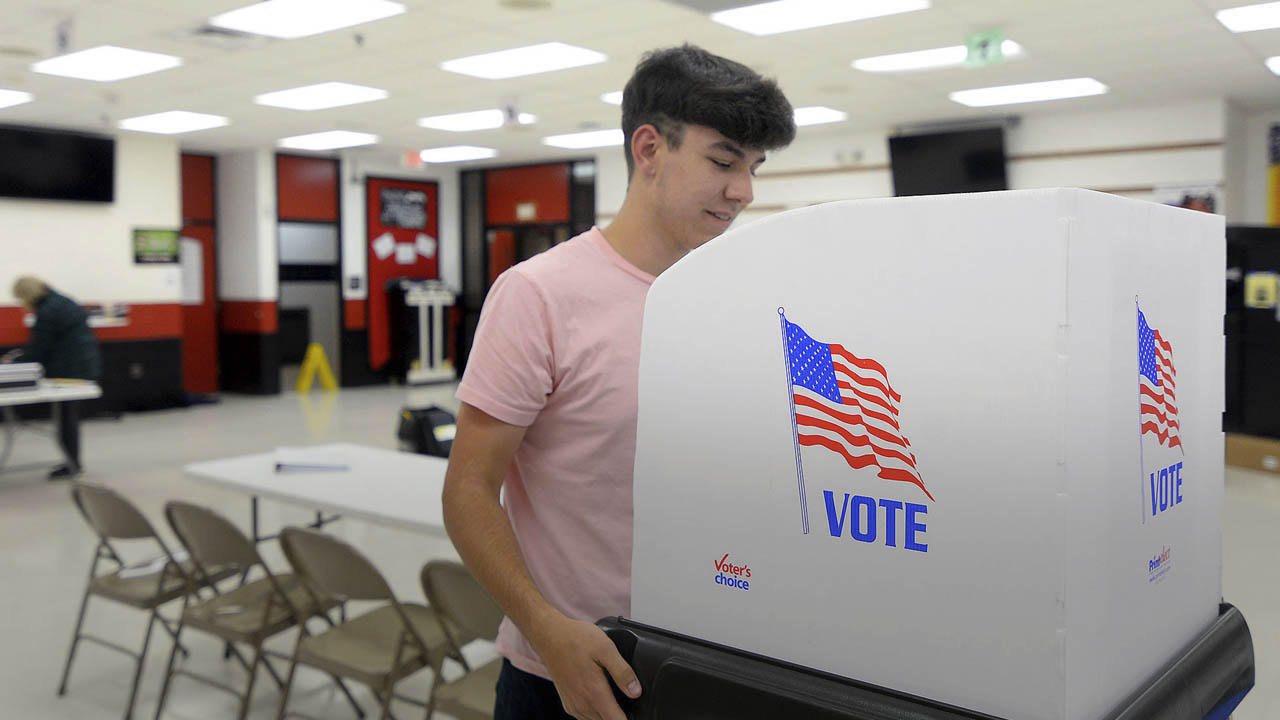 Go west, 2020 presidential candidates?
Early voting in California’s primary will overlap with the traditional early nominating contests in Iowa, New Hampshire, Nevada and South Carolina. That could force the sprawling field of Democrats to navigate those states as well as California’s notoriously complex landscape, where campaigning is done through paid political ads.

Alex Padilla, California’s secretary of state and a Democrat, said there are already “a heck of a lot more calls for people who know California to join certain teams.”
Especially for Democrats, California is a fixture on presidential aspirants’ itineraries because of the trove of high-end donors there. But Padilla and other California politicos hope candidates now feel they must reach out to the state’s voters, too.


“The voters of California deserve a larger role in selecting the nominees of both parties.” — Alex Padilla, California’s secretary of state
“The voters of California deserve a larger role in selecting the nominees of both parties,” Padilla said.
California won’t be the only state voting March 3. It will join at least eight others — including another behemoth, Texas — on what’s known as Super Tuesday. It’s possible that more states will move their primary dates up to increase their clout, especially since California has jumped to the front of the pack.
The enormous number of votes up for grabs that day, coupled with the astronomical price tag of competing in California, may end up increasing the importance of the early states — especially overwhelmingly white and rural Iowa and New Hampshire, which are least like California.
That’s because winners in those states are likely to receive heavy attention and, with that, donations that could fund a California operation. Once Super Tuesday is over, a huge percentage of Democrats will have voted, making it hard for candidates who aren’t in first to catch up.
“You win early or you go home,” said Josh Putnam, a professor at the University of North Carolina-Wilmington who tracks presidential primaries. The massive number of delegates up for grabs on Super Tuesday “doesn’t mean it’ll settle things, but it’ll get us a measure of the way there,” he said.

Bob Shrum, a veteran of several Democratic presidential campaigns who is now director of the Center for the Political Future and the Unruh Institute of Politics at the University of Southern California, said Iowa and New Hampshire will still be critical. “They winnow the field,” he said.
Paradoxically, Shrum added, California could also be a bulwark for President Donald Trump, who’s made it a perennial political target and symbol of what’s wrong with liberal America. The president remains popular enough among the GOP that it’s unlikely he’ll have a serious primary challenge. But if he did and lost an early state, the state’s beleaguered Republican voters would help him.
“As it has shrunk,” Shrum said of the California GOP, which is now outnumbered by both Democratic and independent voters in the state, “it has gotten more and more Trump-esque.”
Several potential Democratic presidential candidates hail from California — most prominently Sen. Kamala Harris, Los Angeles Mayor Eric Garcetti, and billionaire Tom Steyer — and that state’s earlier primary date could help them.
But there’s no guarantee that loyalty to a local will overcome a candidate who catches fire with the party’s base after Iowa and New Hampshire. Just ask Florida Sen. Marco Rubio, who was trounced by Trump in his state’s Republican presidential primary in 2016.
“If Beto O’Rourke held a rally at Los Angeles or San Francisco City Hall, he’d get a larger crowd” than Garcetti or Harris, said Mike Trujillo, a veteran Democratic operative in Southern California.
Trujillo added there’s no guarantee that O’Rourke, the Texas congressman who narrowly lost his challenge to Sen. Ted Cruz, can maintain that level of grassroots enthusiasm in 2020. But he said candidates who have that support will gain the edge in California, regardless of whether it’s their home state.

California Voters Are Not That Different From Other Ones

Trujillo ran Hillary Clinton’s California field operation in 2008, the last time the state’s primary leapfrogged to Super Tuesday. It was no panacea for California’s status in presidential politics — Trujillo recalls repeatedly being pulled from California and sent to early-state Nevada to help out. “I don’t see that dynamic changing for any presidential campaign,” he said.