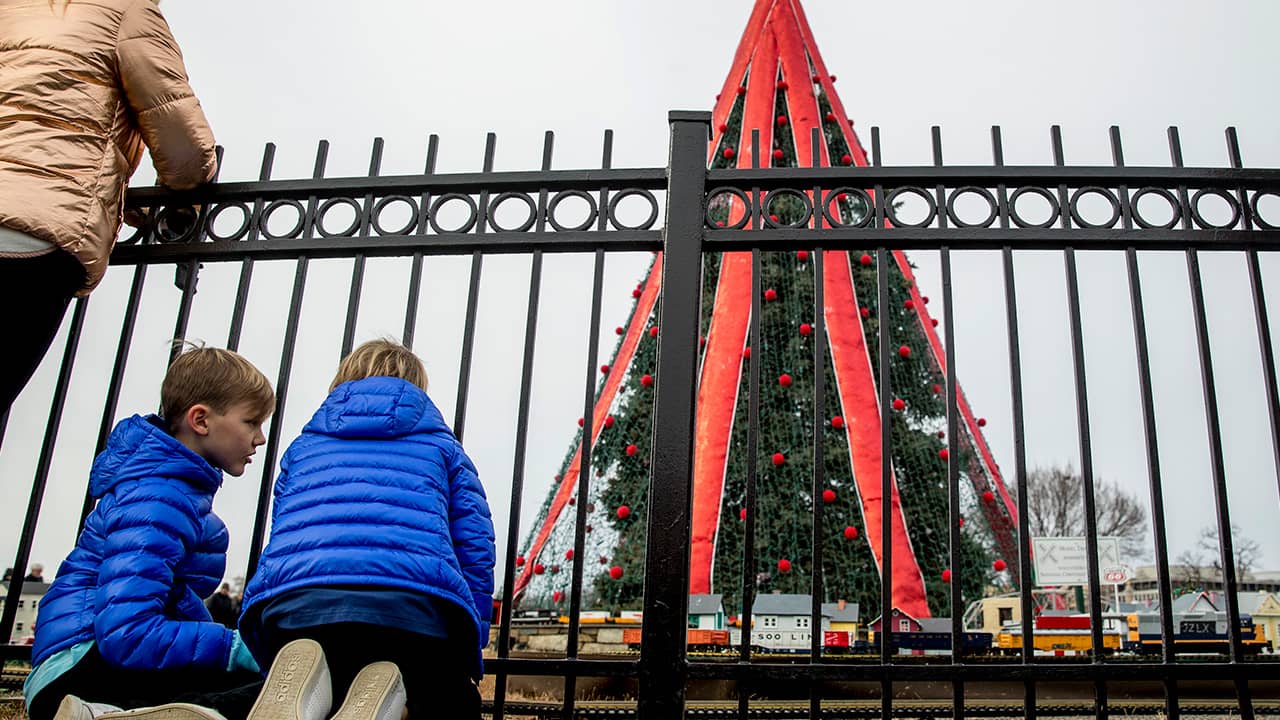 WASHINGTON — Christmas has come and gone but the partial government shutdown is just getting started.
Wednesday brings the first full business day after several government departments and agencies closed up over the weekend due to a budgetary stalemate between President Donald Trump and Congress. And there is no end in sight.
So far, the public and federal workers have largely been spared inconvenience and hardship because government is closed on weekends and federal employees were excused from work on Christmas Eve and Christmas, a federal holiday. The shutdown began at midnight last Friday.
Trump said Tuesday that the closed parts of the government will remain that way until Democrats agree to wall off the U.S.-Mexico border to deter criminal elements. He said he’s open to calling the wall something else as long as he ends up with an actual wall.
Asked when the government would reopen fully, Trump said he couldn’t say.

Trump: Drug Flows, Human Trafficking Can Only Be Stopped by Wall

“I can’t tell you when the government’s going to be open. I can tell you it’s not going to be open until we have a wall or fence, whatever they’d like to call it,” Trump said, referring to Democrats who staunchly oppose walling off the border.


“I can’t tell you when the government’s going to be open. I can tell you it’s not going to be open until we have a wall or fence, whatever they’d like to call it.” — President Donald Trump
“I’ll call it whatever they want, but it’s all the same thing,” he told reporters after participating in a holiday video conference with representatives from all five branches of the military stationed in Alaska, Bahrain, Guam and Qatar.
Trump argued that drug flows and human trafficking can only be stopped by a wall.
“We can’t do it without a barrier. We can’t do it without a wall,” he said. “The only way you’re going to do it is to have a physical barrier, meaning a wall. And if you don’t have that then we’re just not opening” the government.
Democrats oppose spending money on a wall, preferring instead to pump the dollars into fencing, technology and other means of controlling access to the border. Trump argued that Democrats oppose a wall only because he is for one.

Some 800,000 Government Workers Are Affected

The stalemate over how much to spend and how to spend it caused the partial government shutdown that began Saturday following a lapse in funding for departments and agencies that make up about 25 percent of the government.
Some 800,000 government workers are affected. Many are on the job but must wait until after the shutdown to be paid again.
Trump claimed that many of these workers “have said to me and communicated, ‘stay out until you get the funding for the wall.’ These federal workers want the wall. The only one that doesn’t want the wall are the Democrats.”
Trump didn’t say how he’s hearing from federal workers, excluding those he appointed to their jobs or who work with him in the White House. But many rank-and-file workers have gone to social media with stories of the financial hardship they expect to face because of the shutdown.