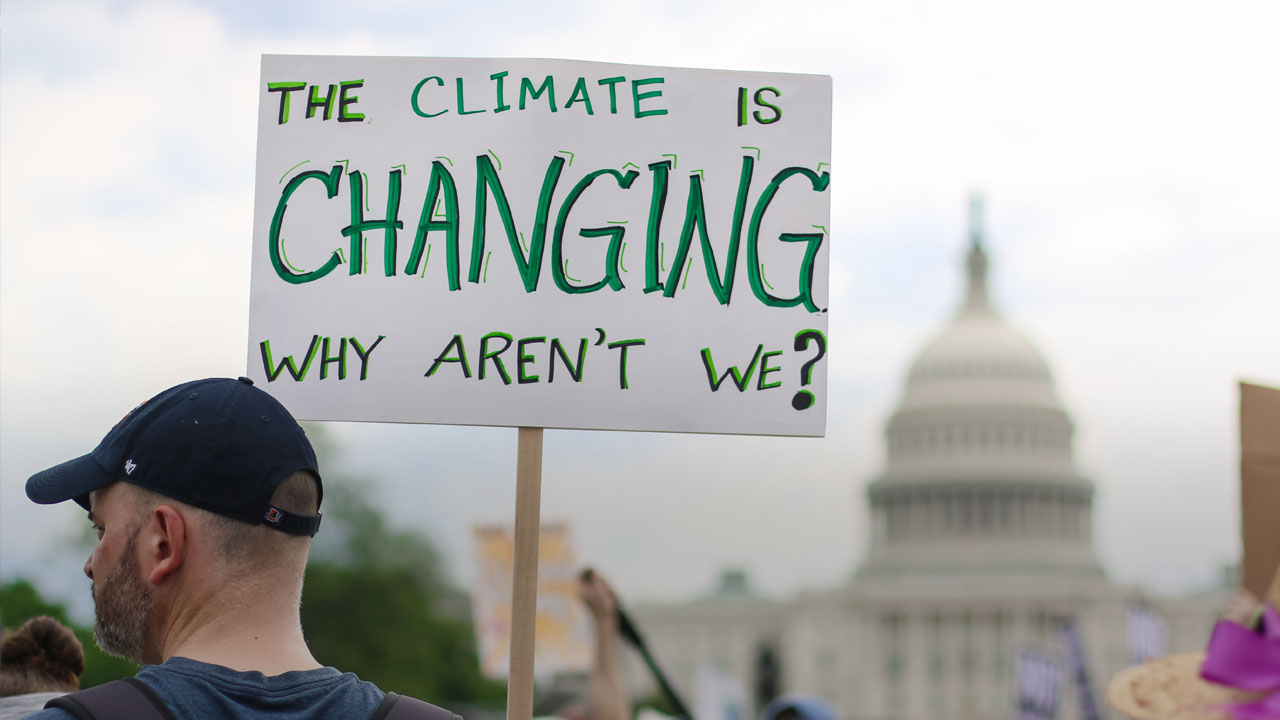 They said it couldn’t be done.
They said Republicans and Democrats could never work together in Congress to impact the climate change crisis. But last week, three Republicans and three Democrat members of Congress did just that.
On November 27, Rep. Ted Deutch (D-FL), Rep. Frances Rooney (R-FL), Rep. Charlie Christ (D-FL), Rep. Brian Fitzpatrick (R-PA) and Rep. John Delaney (D-MD) made history when they co-sponsored a bill that would apply a fee on greenhouse gas emissions. Since then another Republican has been added as a co-sponsor, Rep. Dave Trott (R-MI). California’s own Rep. Anna Eshoo (D-Palo Alto) joined as co-sponsor as well.


Opinion
Andrea Farber De Zubiria
“To call this legislation a breakthrough is an understatement,” said Citizens’ Climate Lobby Executive Director Mark Reynolds.  “This bill is easily the most significant congressional move on climate change since 2009.”

The Energy Innovation and Carbon Dividend Act, (HR 7173) outlines a specific plan that many economists, scientists and policymakers believe will stimulate the transition to cleaner energy sources and business practices.

Rep. Anna Eshoo (D-Palo Alto) is among the bill’s sponsors.

It is well established that greenhouse gas emissions such as carbon dioxide, methane and chlorofluorocarbons (used in refrigerants, solvents, aerosol sprays as well as blowing agents for foam and packing materials) have created the pattern of global warming that has contributed to recent monster storms and fires, air pollution, drought,  sea level rise, melting permafrost, mosquito proliferation and more.
HR 7173 calls for a starting fee of $15/ton of CO2  on oil, gas, and coal based on the greenhouse gas emissions they produce. The fee for chlorofluorocarbons would be lower. The money from the fees would be allocated equally and directly to all American households as a monthly rebate or “dividend”.

The fee would gradually rise, signaling businesses that they need to start changing their policies and allowing them time to adjust to the fee. To protect U.S. manufacturers and jobs, goods imported from countries that do not have an equivalent carbon price will pay a border carbon adjustment.  Goods exported from the United States to such countries will receive a refund under this policy.
Some compromises were made to create a bill that could be supported by a broad bipartisan audience. For example, there are exceptions on fees for gases produced by the agriculture industry. The policy also prevents additional regulations on covered CO2 emissions, as long as emission targets are met.
If emissions targets are not met after 10 years, the EPA regulatory authority over these emissions would be restored. Regulations based on other pollutants will not be affected, nor will regulations such as auto mileage standards, water quality, and others.
“To let the free market price out coal, we should consider value pricing carbon.  A revenue-neutral carbon fee is an efficient, market-driven incentive to move towards natural gas and away from coal, and to support emerging alternate sources of energy,” explained Rep. Francis Rooney (R-FL).

In the San Joaquin Valley, we have already felt the effects of the warming temperature patterns. Even people without known breathing problems have struggled recently due to poor air quality from all the fires. Our snow recreation industry took a hard hit and the increase in summer temperatures is allowing more mosquitoes to breed.
Valley farmers are having to reconsider what they grow. Studies are showing that climate change is likely to wreak havoc on our crops such as almonds, wheat, and corn.  Fruit yields will be even more severely affected. A 2017 study in the journal Agronomy found that the Central Valley will become unsuitable for growing apples, cherries and pears by mid-century if greenhouse gas emissions are not drastically cut.
To learn more about the Energy Innovation and Carbon Dividend Act, you can visit energyinnovationact.org.
Andrea Farber De Zubiria is a licensed physical therapist who lives and works in the Central Valley. She is a mother and grandmother as well as a volunteer with Citizens’ Climate Lobby Fresno.

Are You a Californian Looking for a New Year’s Resolution?

My Turn: Peace in California’s Water Wars Is Within Grasp