The Fresno Planning Commission went along with city staff recommendations to approve two mini-marts in the city, but without the rights to sell liquor.

The developers of a refurbished 76 station in central Fresno and a new 7-Eleven in southeast Fresno wanted to open with the ability to sell bottled spirits as well as beer and wine.

City staff told the commission that the projects themselves are OK, but not the permit to sell liquor. The commissioners agreed Wednesday, Dec. 19.

It was a 6-1 vote for the 76 station at Cedar and Ashlan avenues, with Raj Sodhi-Layne the lone dissenter. Developer Gary Singh’s plan calls for removing the car wash there and renovating the mini-mart. He already has a permit to sell beer and wine.

“I need to keep with our expenses and compete with other stores,” Singh said after the vote. He said by eliminating the car wash, it would decrease crime in the area.

The commission also approved a 7-Eleven on Kings Canyon and Willow avenues without the right to sell alcohol by a 7-0 vote.

Developers say they are evaluating their next course of action.

This is just the latest round of how city leaders decide where liquor sellers are placed in the city. A 2017 Fresno Bee study showed a concentration of such off-sale (i.e. mini-mart type stores) in the southern part of Fresno, while restaurants offering alcohol can be found more in the northern end of the city. 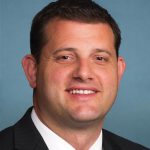 In perhaps one of his final votes, Rep. David Valadao (R-Hanford) opposed funding the border wall on Thursday night.

The House voted 217-185 (31 members skipped the vote) to approve funding for President Donald Trump’s border wall between the U.S. and Mexico in legislation that pushes the government closer to a partial government shutdown. The bill now goes back to the Senate.

Valadao joined seven other Republicans to vote no.

Trump called the vote a “tremendous evening for the Republicans.”

Last month’s election created vacancies at local levels of government. There are plans in place to fulfill the openings.

The Sanger City Council will appoint a member to carry out the remaining two years of Melissa Hurtado’s District 1 term. Voters elected Hurtado to the state Senate last month, and she’s already been sworn in.

Applicants have a Dec. 27 deadline. Qualifications include living in Sanger’s District 1, being at least 18 years old, and being a registered voter. The council has until Feb. 1 to make its choice.

Nelson Esparza says he plans to officially resign from the Fresno County Board of Education in January before he officially becomes a Fresno councilman Jan. 8. The board has the option to fill the remaining two years via appointment or special election.

Another new member to the county board of education, Marcy Masumoto, leaves a vacancy at her prior elected position with Sanger Unified. That board has yet to determine how to fulfill the vacancy. Like the county board, it has the option of appointment or special election.

As Gov. Jerry Brown winds down, he made three appointments to the Big Fresno Fair Board of Directors.