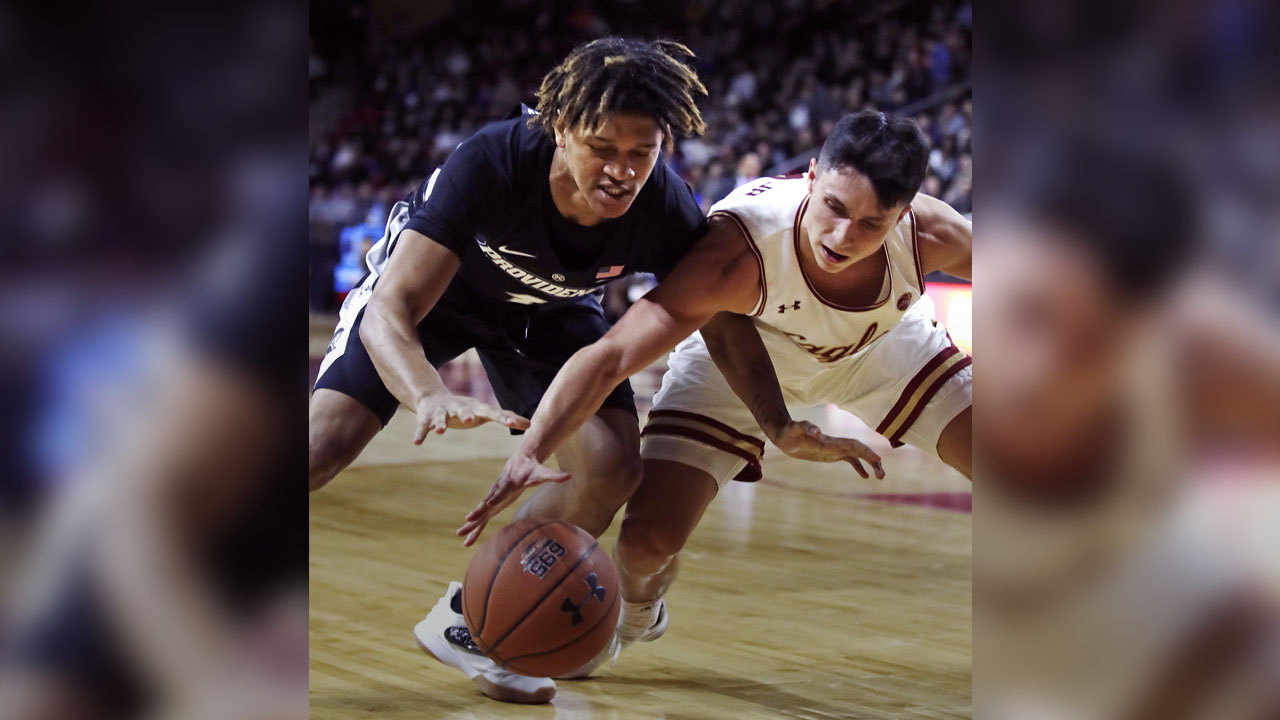 BOSTON — Boston College walk-on Chris Herren Jr. thought he was forgotten when coach Jim Christian handed out holiday presents after practice.
Then the coach motioned to an assistant for an envelope Thursday.

It took Herren a few seconds to figure out what was happening, but he had just been awarded a scholarship. When he told his teammates, they erupted in cheers and surrounded him in a group hug.
Christian says Herren earned the full scholarship because of how he carries himself on and off the court.
The son of the Boston College, Fresno State, and NBA player by the same name, the freshman guard is averaging 5 points and just over one rebound in 13 minutes per game. He has started the last two games, scoring a career-high 22 points against Fairfield on Sunday.

The elder Herren was one of the most accomplished prep stars in Massachusetts history and prominently profiled in a book about Durfee High basketball, “Fall River Dreams.”
But his collegiate and professional playing days, which included bursts of excellence, were sidetracked by drug addiction.
After finally getting clean in 2008, nine years after leaving Fresno State, Herren founded a nonprofit focused on helping the addicted and encouraging people to avoid substance abuse. His story has been the subject of books and documentaries.
(GV Wire contributed to this report.)