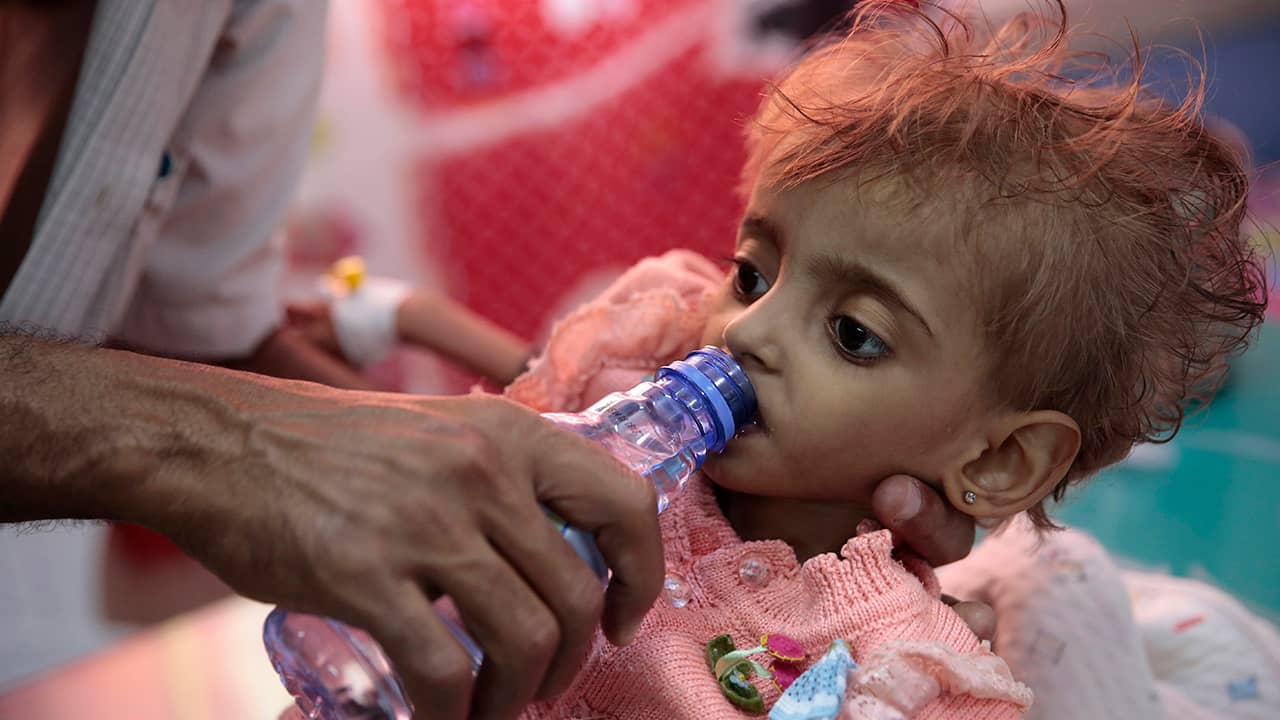 Fighting Has Killed Tens of Thousands of People

U.N. envoy Martin Griffiths has said the committee will get to work swiftly “to translate the momentum built up in Sweden into achievements on the ground.”
U.N. spokesman Stephane Dujarric said Maj. Gen. Patrick Cammaert, who has been appointed to head the coordination committee overseeing the cease-fire, will depart New York with a team later this week headed for Yemen.
He said the Dutch general will convene a first meeting of the committee, which includes military and security representatives from the government and the rebels, by videoconference on Wednesday.
Yemen’s four-year conflict pits the internationally recognized government, backed by a coalition led by Saudi Arabia and the United Arab Emirates, against Shiite rebels known as Houthis. Iran supports the rebels, but denies allegations from the coalition, Western countries and U.N. experts that it is arming them.
The fighting has killed tens of thousands of people, and has driven millions to the brink of starvation. The U.N. calls it the world’s worst humanitarian disaster.
British Foreign Secretary Jeremy Hunt welcomed the cease-fire, urging all warring parties “to stick to the terms agreed at peace talks last week in Stockholm so we can achieve a long-term political solution to this horrific crisis and end the suffering of so many.”
The cease-fire is the first step in a process the U.N. hopes will lead to a province-wide truce in Hodeida and the demilitarization of the Red Sea trade corridor, said Peter Salisbury, a senior analyst at the Brussels-based International Crisis Group.

A Wider Agreement Could Prove Elusive

“But it’s important to note that the deal itself is quite specific in saying that this is not part of a wider peace process: It’s an agreement made for humanitarian rather than political reasons,” he said.


“But it’s important to note that the deal itself is quite specific in saying that this is not part of a wider peace process: It’s an agreement made for humanitarian rather than political reasons.” — British Foreign Secretary Jeremy Hunt
The United States, which supports the Saudi-led coalition, has stepped up pressure to end the fighting amid the fallout from the killing of Saudi dissident journalist and Washington Post columnist Jamal Khashoggi by Saudi agents, which brought renewed international attention to Yemen’s stalemated war.
That provided a boost to Griffiths’ efforts to bring the two sides together in Sweden. In addition to agreeing on a cease-fire for Hodeida, they also exchanged lists of prisoners ahead of a planned swap to be carried out with the Red Cross.
But a wider agreement could prove elusive.
The Houthis, who have seized and held much of northern Yemen, including the capital, Sanaa, at great cost, have consistently rejected the government’s demands that they withdraw and give up their heavy weapons.
Saudi Arabia and the United Arab Emirates, meanwhile, view the rebels as an increasingly dangerous Iranian proxy. The rebels have fired ballistic missiles deep into Saudi Arabia and have attacked vessels in the Red Sea.
The conflict has caused a humanitarian catastrophe. Emaciated children are being brought to overwhelmed clinics, and in some areas families are surviving off leaves boiled into a sour green paste. The fighting and displacement have also generated a cholera epidemic.

U.N. Secretary-General Antonio Guterres warned Sunday that if Yemen’s humanitarian situation does not improve, 14 million people will be in need of food aid in 2019, 6 million more than this year.
“There is a high level of hunger in Yemen,” he said, adding that even though the situation has not technically been declared a famine “does not in any way diminish our huge concern with the very high level of hunger that exists.”
Last week, an international group tracking Yemen’s civil war reported that the conflict has killed more than 60,000 people, both combatants and civilians, since 2016. That is much higher than the U.N. figure of 10,000 civilian deaths, and has added to the urgency to find a political resolution.
The report from the U.S.-based Armed Conflict Location & Event Data Project said more than 28,000 people were killed in the first 11 months of 2018, an increase of 68 percent from 2017. More than 3,000 were killed in November, the deadliest month since the group started collecting data. It said 37 percent of civilians killed in Yemen in 2018 died in Hodeida.
The figures do not include the last few months of 2014, when the Houthi rebels captured the Yemeni capital of Sanaa and much of the country’s north, nor the casualties in 2015, when the Saudi-led coalition joined the war on the side of the government.
The group said it based its figures on news reports of each incident of violence in the war.