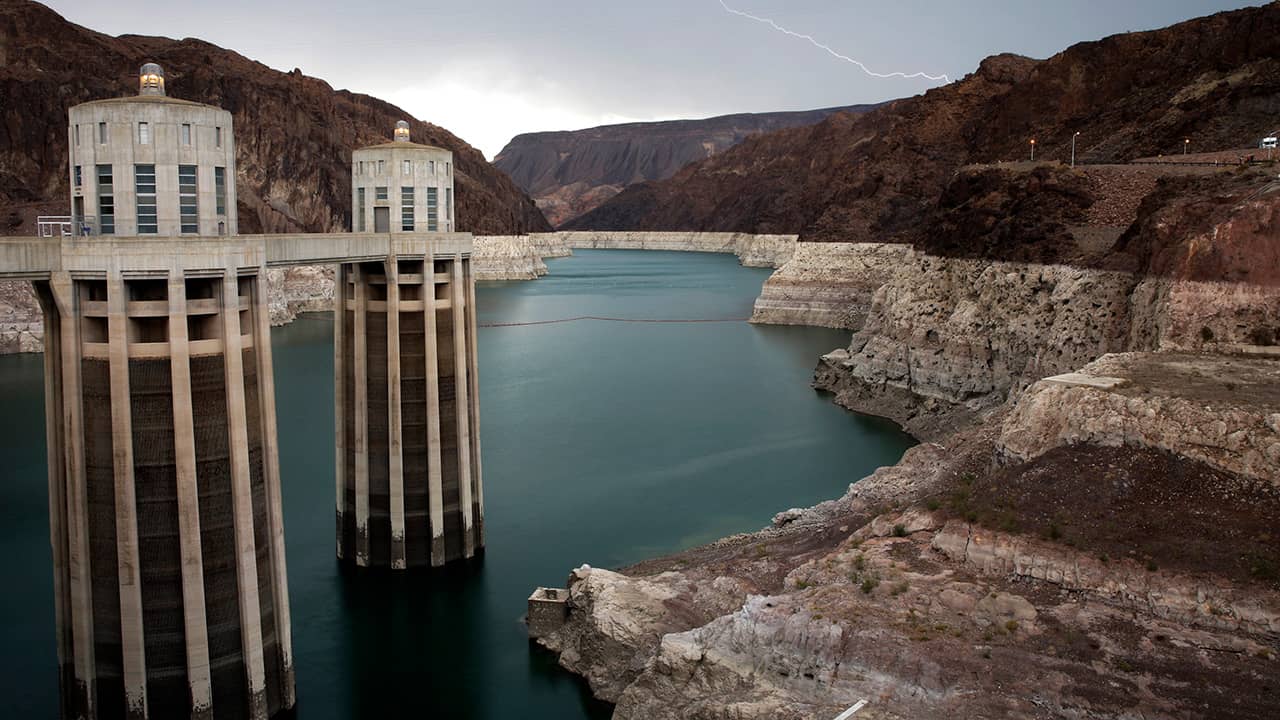 LAS VEGAS — Water managers from seven Southwestern states that depend on the Colorado River for drinking and irrigation water are getting closer to finalizing an unprecedented drought contingency plan they may have to enact in 2020, officials said Thursday.
The federal government’s top water official, Bureau of Reclamation Commissioner Brenda Burman, was expected to urge action by representatives of Indian tribes and government agencies from Arizona, California, Colorado, Nevada, New Mexico, Utah and Wyoming during an address at an annual conference in Las Vegas.
A pact was supposed to be signed by the end of 2018, under threat that the bureau that controls the water distribution levers on the river would impose its own restrictions affecting drinking water to 40 million people and irrigation for crops in arid parts of U.S. and Mexico.

Supplies to California Also Could Be Curtailed

Arizona and Nevada would be the first states to feel the pinch if a shortage is declared as expected next year. Supplies to California also could be curtailed.

Colorado, New Mexico, Utah and Wyoming want to keep the surface of Lake Powell above a target level to continue water deliveries to irrigation districts and cities and also keep hydroelectric turbines humming at Glen Canyon Dam.
Lake Powell is currently at 43 percent capacity and Lake Mead is at 38 percent.
Water officials in most of the affected states have signed off on plans in recent weeks, including the key Central Arizona Project irrigation system and the sprawling Metropolitan Water District of Southern California, which serves some 19 million people.
Arizona’s plan, unlike other states, still needs approval from state lawmakers. They convene in January.