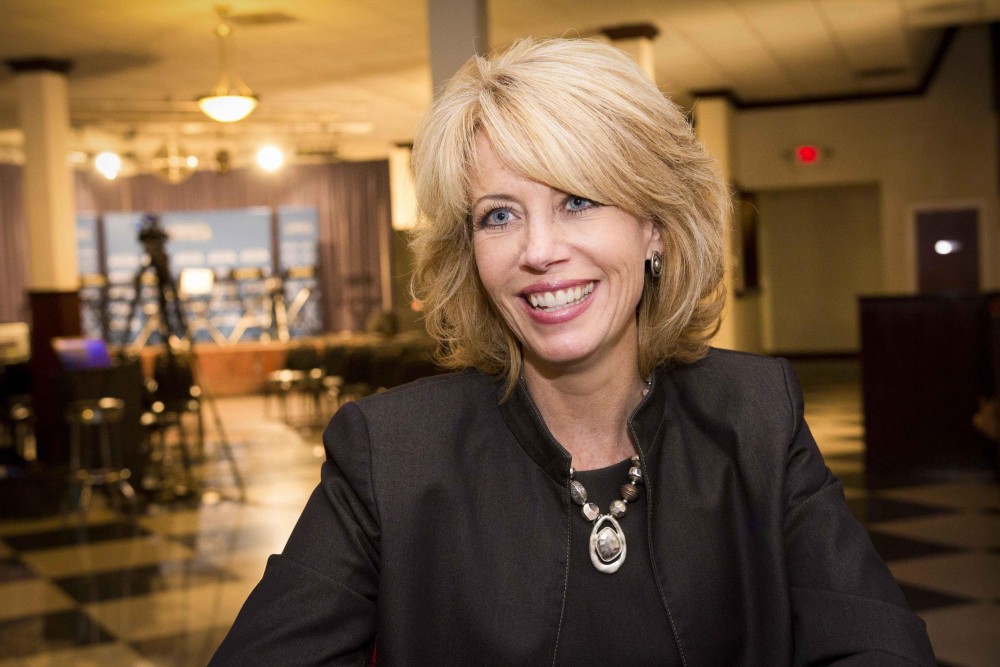 After arranging a 60-person roundtable with Gov.-elect Gavin Newsom, is Ashley Swearengin interesting in working in his administration?

“I am not. I am very happy with the work I’m doing at the Central Valley Community Foundation,” Swearengin said. “I love being able to continue to make the Valley better. But coming from a local philanthropy role, it’s actually been really exciting and I’m super happy to be staying put right where I am.”
Swearengin has served as CVCF’s president and CEO since leaving City Hall after the 2016 elections.
However, she would not rule out serving on a board — if appointed.
“Anything I can do to improve the region here in the Central Valley, I’m certainly happy to do that. We got our hands full at the Central Valley Community Foundation,” she added.
Watch her answer in the video above.

Meeting Newsom was the place to be Friday (Dec. 7) afternoon. Swearengin organized the “Valley-to-Valley” event that not only featured leaders from the Central Valley but some Bay Area economic reps as well.


Joseph Castro on Gavin Newsom from GV Wire on Vimeo.

Last week, I wrote about the 200-plus pieces of legislation already up for consideration at the state house.


Assemblyman Rudy Salas on AB 17 from GV Wire on Vimeo.

One of those bills, AB 17 by Assemblyman Rudy Salas (D-Bakersfield), would prohibit an employer from telling an employee to bring a vote-by-mail ballot to work, or being forced to fill it out while at work.
“It’s an issue we heard of, and we want to make sure we address it,” Salas said. “The best way to address it is to introduce legislation to get the ball rolling. … We want people to feel free to vote the way they want to vote and not feel forced in any way or intimidated with their vote.”
How big of a problem is this?
“That’s something we are continuing to explore, and we’ll continue to look at across the state. We’ve had anecdotal evidence of this occurring, so we want to make sure we address it early on,” he said.
The penalty for the employer would be up to $10,000 per election cycle.