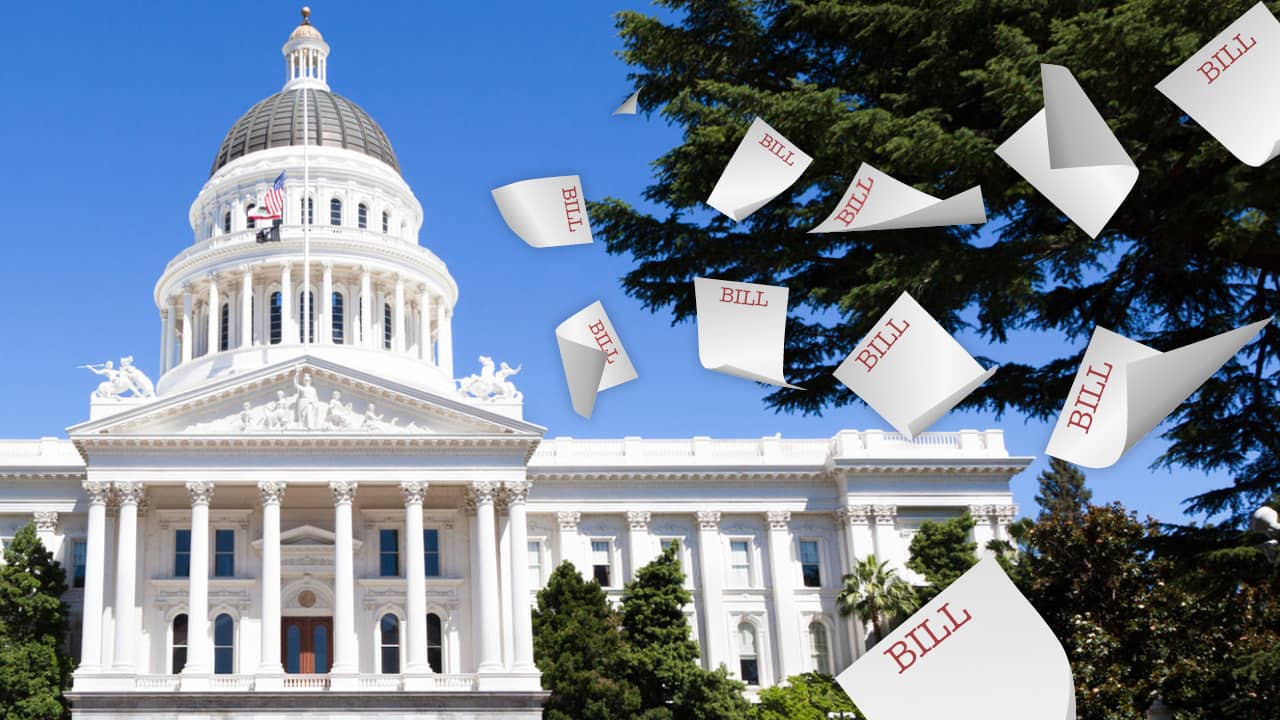 After only three days in session, members of the California Legislature have already proposed 204 items for consideration. Maybe that shouldn’t be so surprising. After all,  5,617 pieces were introduced in the 2017-18 session.
Here’s a small sampling of the solutions state legislators are offering as a way to fix things you may not have known were problems:
—Do youth football players practice too much? That is a concern of Assemblyman Jim Cooper (D-Elk Grove). His AB 1 would limit youth football to two full-contact practices during the week, and none during the offseason. Practices would be limited to one hour. The law would place youth teams under the same guidelines as school teams.
“The assemblyman believes that it is important to have uniform standards to protect children from injuries in contact sports. Right now it is hard to know how often youth teams are participating in full contact practices, so limiting it to two per week will hopefully cut down on injuries to our young ones,” Cooper’s spokesman Skyler Wonnacott tells GV Wire.
—After voters passed Proposition 7 in November, Assemblyman Kansen Chu (D-San Jose) is taking the next step to have the Legislature officially eliminate standard time with AB 7. Congress would still need to act before permanent daylight time becomes a reality.
—Does your boss require you to bring your ballot to work? If so, Assemblyman Rudy Salas (D-Bakersfield) wants to outlaw the practice with AB 17. Such a request could incur a $10,000 fine.
—State law already requires the translation of ballot materials in several languages other than English. Now, AB 57 by Assemblyman Evan Low (D-Campbell), would require the names of candidates to be translated into character-based languages, such as Chinese, Japanese or Korean.

—AB 26, introduced by Assemblyman Freddie Rodriguez (D-Pomona) would require emergency ambulance companies to provide employees with body armor. The accompanying AB 27 would allow emergency workers to seek on-the-scene mental health treatment upon request.
—Assemblywoman Laura Friedman (D-Glendale) would outlaw the sale of fur products in the state with AB 44. It would make it unlawful to manufacture, sell, or even donate fur.
“Given the overwhelming evidence of inhumane practices in the fur industry and the availability of so many different options for warm and fashionable fabrics, we will not continue to be complicit in unnecessary cruelty,” Friedman said in an email statement.
Friedman also wants to ban the ingredient oxybenzone in sunscreens without a prescription (AB 60). There has been debate over oxybenzone’s medical effectiveness. However, Friedman is more concerned with its effect on marine life than its effect on the skin.

Will Drivers Get the Point?

—While it is illegal while text while driving, it does not count as a point against your driver’s license if you are caught. AB 47 by Assemblyman Tom Daly (D-Anaheim) would change that. It would make any traffic conviction for using an electronic device with your hand count as a point.
—50 bills (AB 72 through AB 121) are set aside for the budget act. The office for the listed author, Assemblyman Phil Ting (D-San Francisco) says they are mere placeholders until it is budget time.
—AB 127 by Assemblyman Tom Lackey (R-Palmdale) would exempt drivers from a DUI if they are participating in CHP research.

Only One from the Valley

Only one Central Valley lawmaker has introduced a bill thus far, covering a more serious topic—health care.
Assemblyman Joaquin Arambula (D-Fresno) wrote AB 4 to expand Medi-Cal coverage to undocumented adults living in the state.
“I believe health care is a human right, and that it is unfair to deny services that could prevent more serious and debilitating health problems,” Arambula said in a news release.

Residents of California Town Leveled by Fire Can Go Home