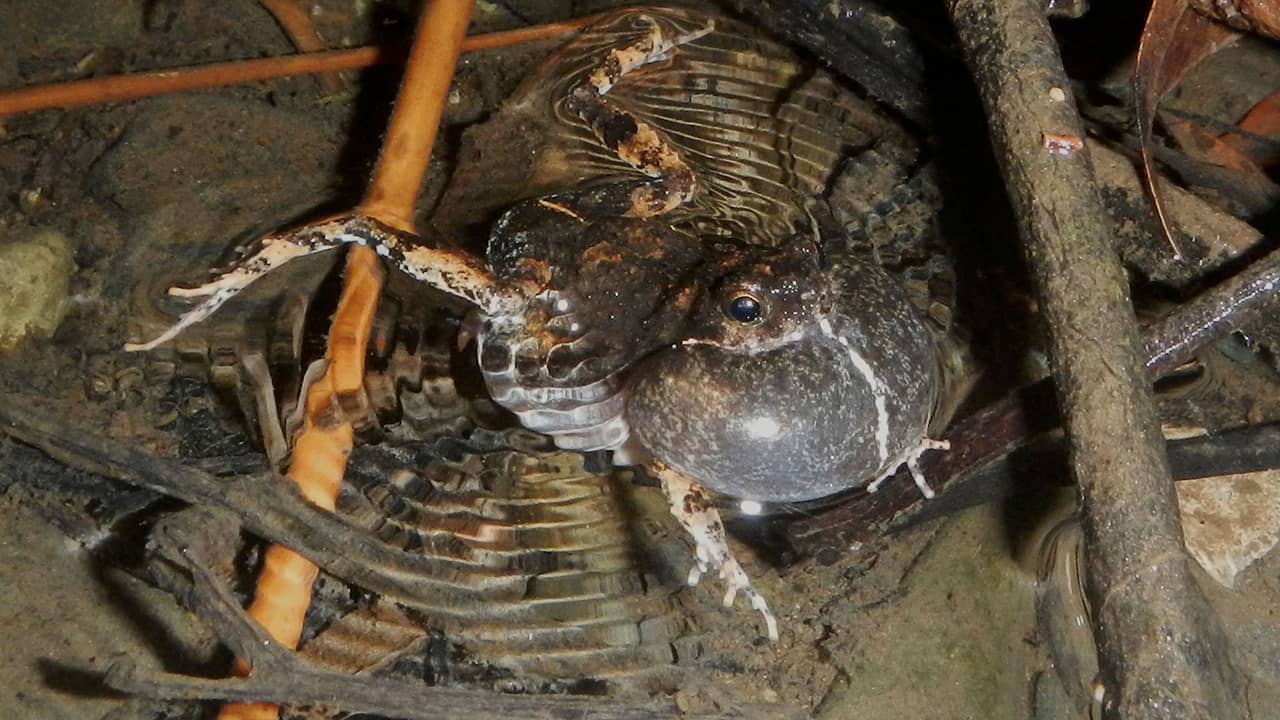 Researchers found that the urban frogs call faster, more frequently and add more embellishments — a series of staccato “chucks” on the end of the initial whine — compared with those in the forest.
Those fancy urban love songs are three times more likely to attract the ladies, as scientists learned by playing back recordings of both city and forest frog calls to an audience of female frogs in a laboratory. Thirty of 40 female frogs hopped over to the speaker playing the urban frog calls, the researchers report in the journal Nature Ecology & Evolution.
Whether the female frogs hailed from the city or forest themselves, they showed the same preference for fast-paced, complex crooning that combines high and low tones in quick arrangements.
Study co-author Michael J. Ryan, a biologist at the University of Texas who has studied tungara frogs for more than 30 years, said that the high and low notes likely stimulated the inner and outer ear chambers of female frogs in a pleasurable or interesting way.
So why don’t rainforest frogs sing the same way?

Attracting a Mate and Staying Safe

The scientists set out to confirm their hypothesis that frogs that added extra high-pitched “chucks” attracted not only more mates, but also more trouble from frog-eating bats and parasitic midges. With the help of camera traps and sticky paper, the researchers demonstrated that extended frog calls significantly increased the risk of attracting predators.

But Not All Amphibians Are as Lucky

Corinne Lee Zawacki, a biologist at the University of Pittsburgh who was not involved in the study, said the researchers’ methodology confirmed that urbanization is the reason for the call changes.

Nearly 85 Percent of UN Nations Back Migration Deal; Not US