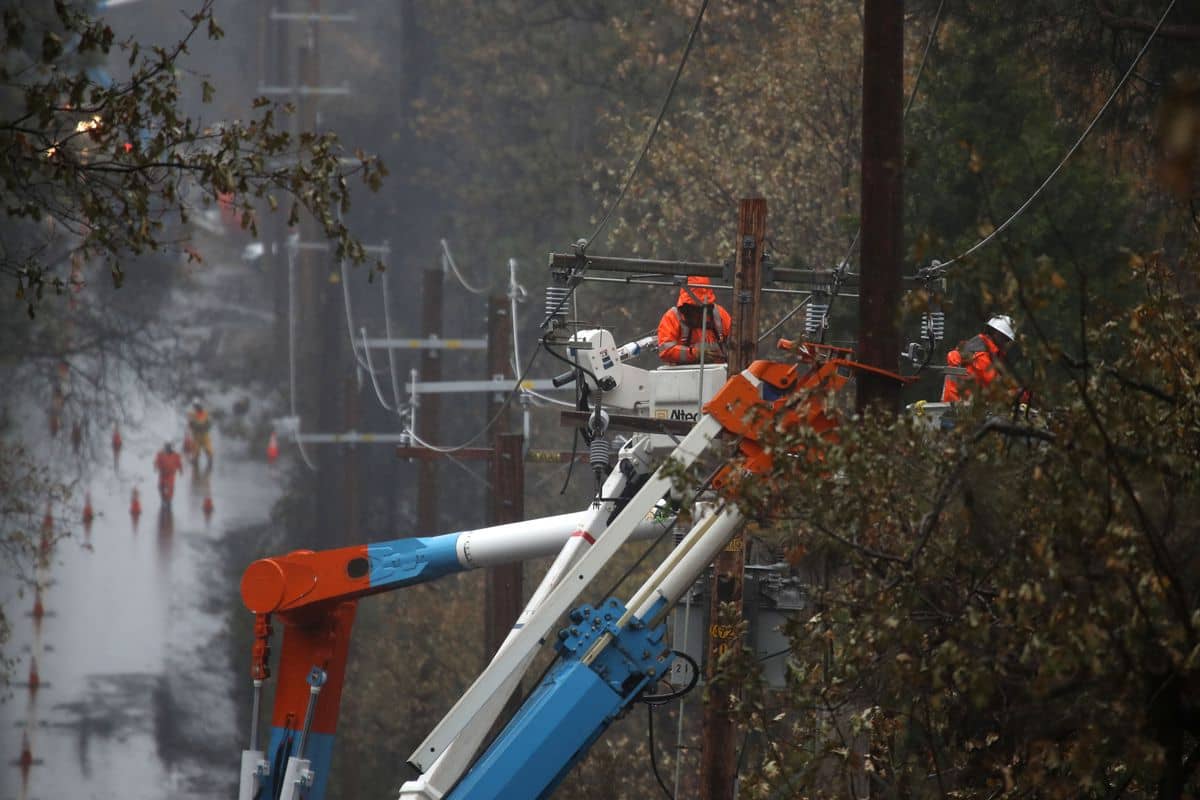 California’s two major electric power utilities are on the hot seat as Capitol politicians ponder whether they should be protected from the financial consequences of last month’s killer wildfires.

As fire crews continued to mop up last month’s fires, the PUC held a raucous public hearing and agreed to investigate PG&E’s management, especially its commitment to safety, and look at a possible restructuring of the company.
Afterward, Picker tweeted, “Next step is reviewing PG&E’s corporate governance, structure and operation to determine best path forward for Northern California to receive safe electrical and natural gas service.”
The wildfire liability issue – which also affects the state’s third big investor-owned utility, San Diego Gas and Electric – is the latest chapter in the tortured relationship of the three with state government.
Beginning with a misbegotten and misnamed “deregulation” of the utilities 22 years ago – which drove PG&E into bankruptcy – the state has been, by legislation and regulatory decrees, increasingly micromanaging how they generate, distribute and price electric power.
They have slowly evolved into quasi-governmental entities while maintaining the façade of private ownership, but without the direct accountability that either fully private or fully public status would impose.
This mish-mash has not been consumer friendly. As they implemented state decrees, many related to shifting from carbon-based generation to renewable sources such as solar and wind, the utilities, with PUC permission, jacked up their ratepayers’ bills dramatically.

Who Should Consumers Hold Accountable for Increases?

Between 2011 and 2018, according to data compiled by the Sacramento Municipal Utility District, monthly bills for a typical 750 killowatt-hour of residential usage have jumped by 69 percent in San Diego Gas and Electric’s service area and 46 percent in PG&E’s, while those in SMUD rose by just 21 percent.

In Chula Vista, as in Fresno, Ag Land Is Tomorrow's Subdivision