US to Ease Oil Drilling Protections for Imperiled Bird 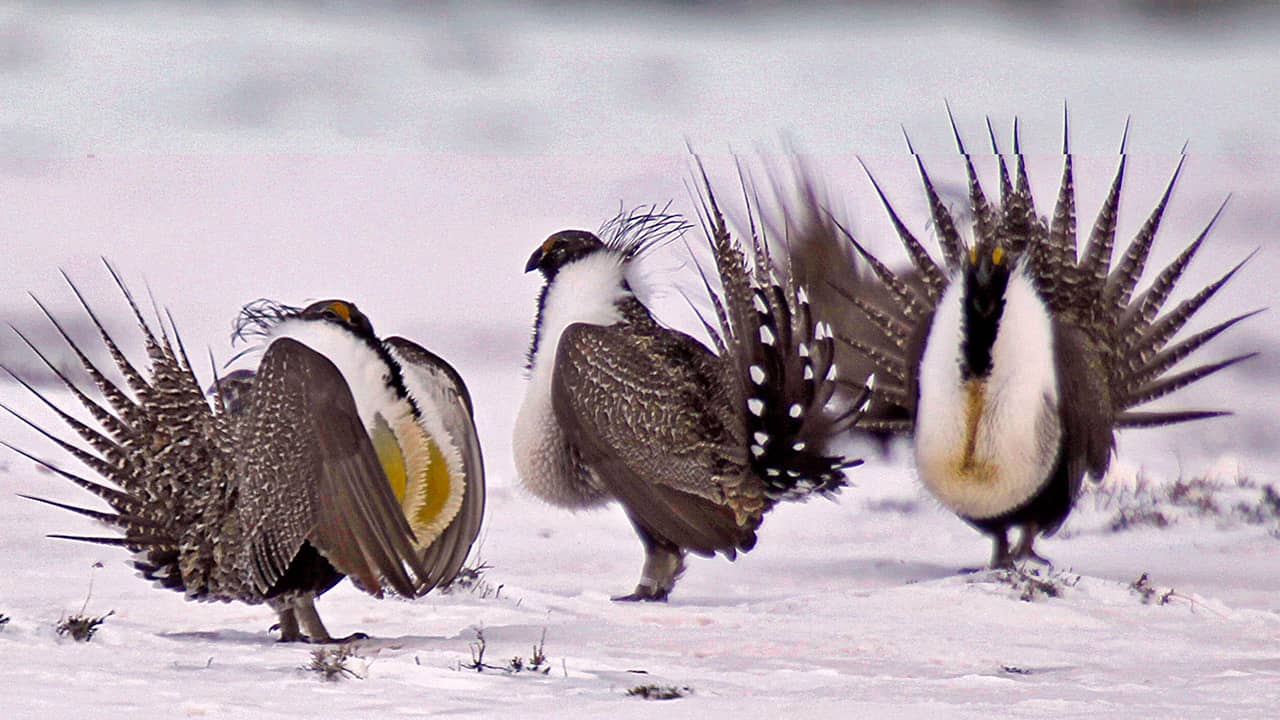 BILLINGS, Mont. — The Trump administration moved forward Thursday with plans to ease restrictions on oil and natural gas drilling and other activities across millions of acres in the American West that were put in place to protect an imperiled bird species.

The changes drew a sharp backlash from conservation groups and wildlife advocates, who warned excessive use of drilling waivers could push sage grouse onto the list of threatened and endangered species.
“If you allow exception after exception, that might make sense for a particular project in a particular spot, but you add them all together and you have death by a thousand cuts,” said National Wildlife Association vice president Tracy Stone-Manning.
The ground-dwelling grouse ranges across about 270,000 square miles (700,000 square kilometers) in parts of 11 Western U.S. states and two Canadian provinces. Its numbers have plummeted in recent decades.
Under President Donald Trump, Interior Secretary Ryan Zinke has vowed to lift obstacles to drilling, and grouse protections have long been viewed by the energy industry as an obstacle to development.
Sage grouse are large, ground-dwelling birds known for an elaborate mating ritual in which males strut around breeding grounds with large, puffed-out air sacs protruding from their chests.

They once numbered in the millions. The U.S. Fish and Wildlife Service now estimates the population at 200,000 to 500,000. Energy development, disease and other causes have decimated populations in some areas.

Governors, Public Get Another Chance to Weigh In

Without land swaps and related forms of compensation meant to offset habitat damage, the governors said it would be harder to help the sage grouse survive.
In response, the Interior Department on Thursday revised the directive to say federal officials would consider state-mandated or voluntary proposals for land swaps or similar offsets, but would not accept cash payments.
“Where there’s a state requirement, we require in our permits that they comply with state requirements,” Bernhardt said.
Utah Gov. Gary Herbert, a Republican, said Thursday announcements showed federal officials heeded the state’s concerns.
“This is a great example of federal leaders listening to state leaders, valuing their expertise, and changing their plans based on that input,” Herbert said in a statement.
Following Thursday’s release of environmental studies analyzing the changes in each state, governors and the public get another chance to weigh in before a final decision is expected in early 2019.

Honduran Woman in Caravan Gives Birth in US