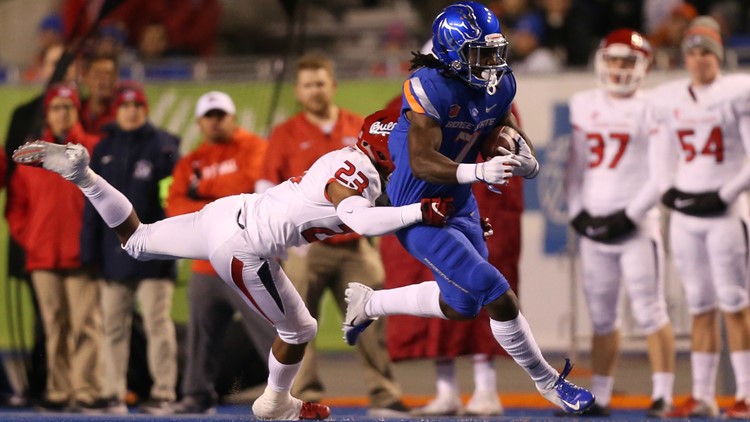 BOISE, Idaho — Ronnie Rivers didn’t find many open holes while running the ball for Fresno State in a snowy Mountain West championship game. And he didn’t have one on his final run Saturday night. But it didn’t matter.
Rivers took an option pitch and shredded a tackler before scampering into the end zone to give No. 24 Fresno State a 19-16 overtime victory over No. 19 Boise State for the Bulldogs’ first conference title since 2013. His score came after Haden Hoggarth hit a 23-yard field goal on Boise State’s opening possession of overtime.
“It came down to the execution. Marcus (McMaryion) did a good job of giving a good pitch. I didn’t really see it, but I think Ronnie made someone miss to get across the goal line,” Fresno State coach Jeff Tedford said. “To know that it was over at that point, was an awesome feeling. To know that these guys accomplished what we set out to accomplish, awesome feeling.” 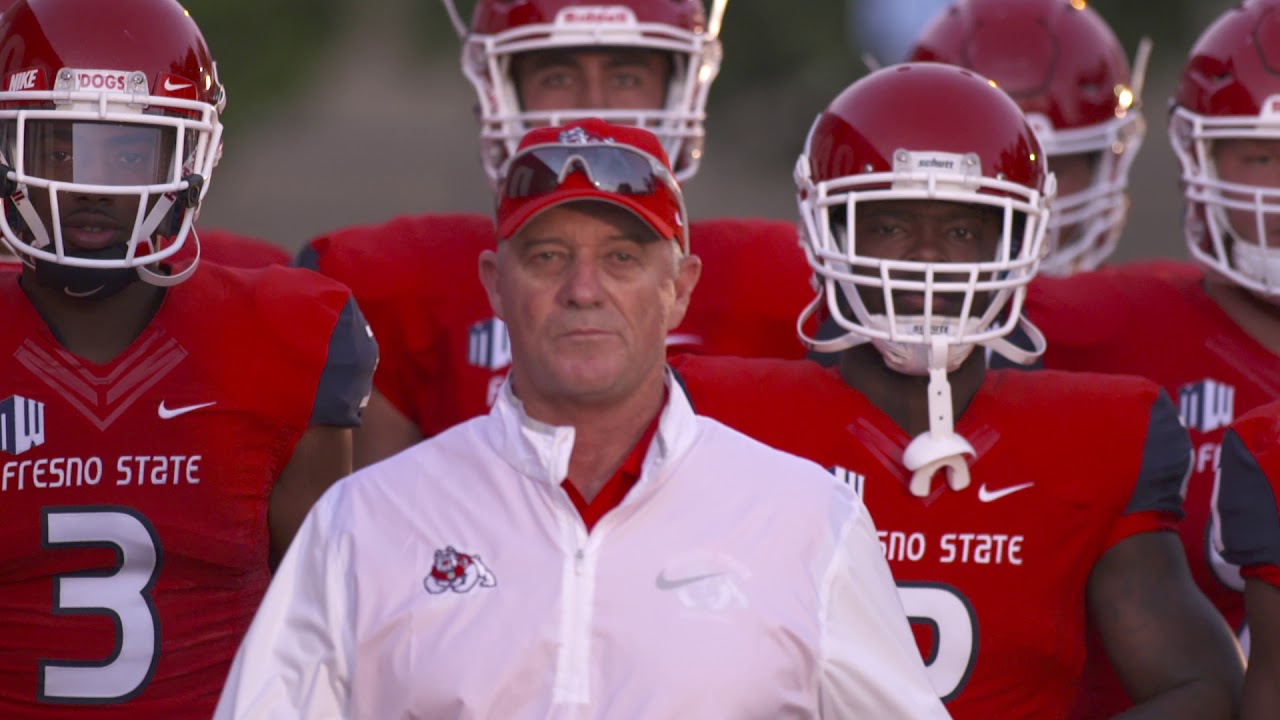 “It came down to the execution. Marcus (McMaryion) did a good job of giving a good pitch.” — Jeff Tedford

Up Next for Bulldogs: Arizona State

On Sunday, it was announced that Fresno State (11-2) would face Arizona State (7-5) on Dec. 15 in the Las Vegas Bowl. The Sun Devils of the Pac-12 Conference are led by first-year coach Herm Edwards, who left his longtime job as an ESPN analyst to rebuild the program in Tempe. Keying the Sun Devils offense is tailback Eno Benjamin, who has rushed for 1,524 yards and scored 15 touchdowns.
With the victory, the Bulldogs moved up six spots in the Associated Press rankings to No. 19. Boise State fell four rungs down the ladder to No. 23. Arizona State isn’t ranked.

Fresno State, which was 1-11 two years ago before Tedford arrived to right the ship, has completed its return to college football relevance and restored the program as a Mountain West power.
Boise State (10-3) was victimized again on a big stage by its special teams, missing a 42-yard field goal and having an extra point blocked late in the fourth quarter that sent the game to overtime.
Rivers’ game-winning touchdown set off a wild celebration with Fresno State players sliding across the snow-covered field and making snow angels. And after losing all nine games the Bulldogs had previously played on the Broncos signature blue turf, the celebration was a long-awaited one.

Fresno State’s Mykal Walker dominated the line of scrimmage with 11 tackles, a sack and a fumble recovery that led to the game’s first touchdown. Jeff Allison and Mike Bell had 12 and 10 tackles respectively for the Bulldogs.

Tedford shook his head when asked about finally leading Fresno State to a win on the blue turf.
“The blue turf thing again?” Tedford asked with a smirk. “I don’t know how many times I have to say it — and the field wasn’t even blue tonight, it was white — it doesn’t matter what color it is, you’re playing a good football team and a well-coached team.
“Our players had another opportunity to come here and play a great football team and come away with the victory. It’s hard-fought and rewarding.”
When Tedford arrived at Fresno State — which built a national reputation on former coach Pat Hill’s mantra to play “anybody, anywhere, anytime” — the program was a shell of its former self.

But one of the first recruits Tedford pursued was Rivers, whose father Ron Rivers starred at Fresno State in the early 1990s and played six seasons in the NFL, and Tedford coached there as an assistant.
“It was hard sledding tonight running the football, but he just kept battling for yards and made that count in the end,” Tedford said of Rivers, who finished with 63 yards.

Boise State’s seven-game winning streak ended, and both teams’ dreams of crashing the New Year’s Six bowl games died when UCF beat Memphis earlier Saturday to complete a perfect season.
“We’ve played (Fresno State) four times now and they’ve done a good job of getting themselves ready to play every time,” Boise State coach Bryan Harsin said. “Congratulations to Fresno. We just came up short. And the bottom line is that’s what it comes down to — and we didn’t do that tonight.”
With the temperature in the 30s and a constant mix of snow and rain falling, the teams struggled to sustain anything offensively.
An opportunistic Fresno State struck first, turning Brett Rypien’s fumble into a touchdown when Marcus McMaryion hit Michiah Quick on a 15-yard strike,
Rypien atoned for his mistake by driving Boise State and hitting Sean Modster on a 10-yard scoring play to tie it.
The Bulldogs cobbled together a 13-7 lead on Asa Fuller’s field goals in the second and third quarters.

With 8:01 left, Boise State’s Alexander Mattison ripped off a 34-yard run, muscling his way into the end zone with a defender draped on his back. However, Hoggarth’s extra point attempt was blocked by Matt Boetang, leaving it tied.
McMaryion was 20 of 32 for 170 yards and one touchdown. Mattison rushed for 200 yards and a touchdown on 34 carries for the Boise State. Rypien, the Mountain West Offensive Player of the Year, threw for just 125 yards, completing 15 of 31 passes with one touchdown.