AP Exclusive: Most Mormons Back GOP, but Fewer Support Trump 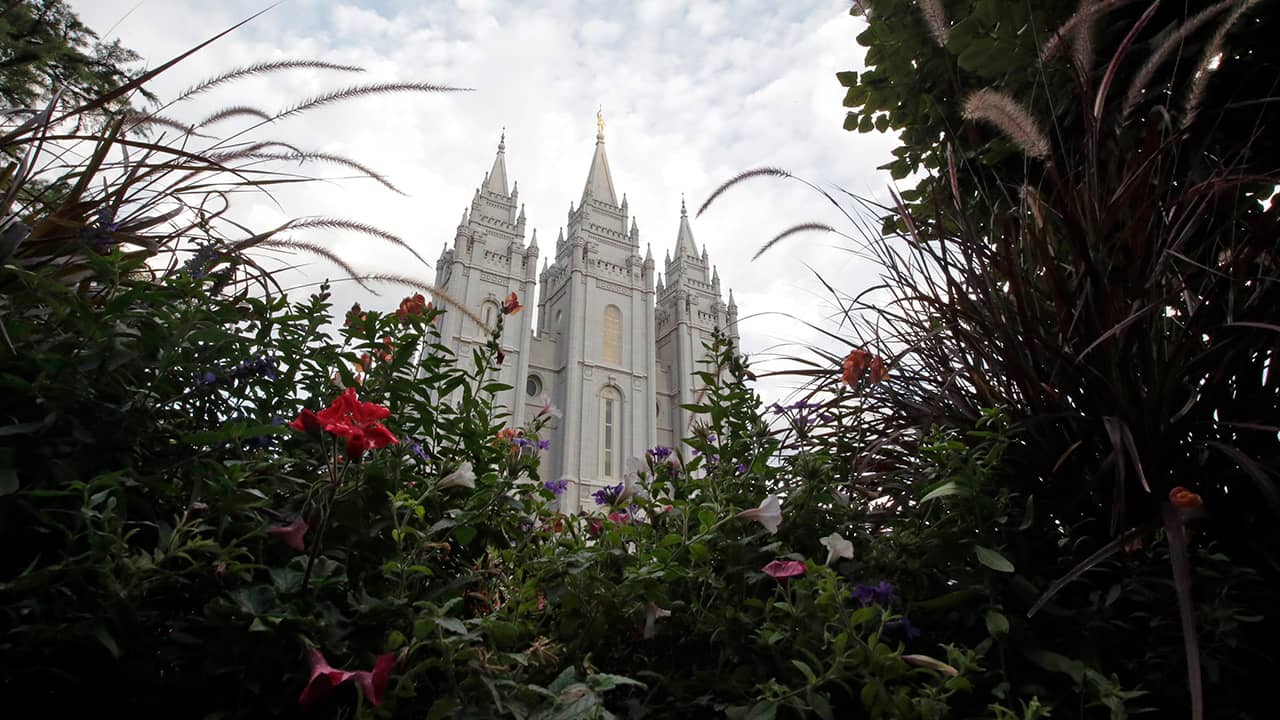 WASHINGTON — About two-thirds of Mormon voters nationwide favored Republicans in the midterm elections, but President Donald Trump’s approval rating among members of the faith lagged behind, according to a nationwide survey of midterm voters.
And as Republican Sen. Mitt Romney prepares to join the new Congress in January, most voters in the predominantly Mormon state of Utah — 64 percent — would like to see the senator confront the president, AP VoteCast found. About half of Romney’s supporters — including his Mormon supporters — said they would like to see the former Massachusetts governor stand up to Trump, while about as many indicated the senator should support Trump if elected.
The new data reaffirms Trump’s struggle to gain widespread acceptance among Mormons despite the faith’s deep-rooted conservative leanings.
Voters of other religious faiths such as evangelical Christians and Catholics are more consistent in their ratings of the president and vote choice. Across most other religious affiliations, about the same share voted for Republican candidates as said they approve of the president.

That’s not the case with Mormons: 67 percent voted for Republicans, but 56 percent said they approve of the way Trump is handling his job as president. That’s according to an analysis of 1,528 Mormon voters based on data from VoteCast, a survey of more than 115,000 voters nationwide conducted for The Associated Press by NORC at the University of Chicago. The data offers an unusual level of detail about the voting decisions of a sometimes misunderstood religion.

Trying to Gain Acceptance Among Mormons and in Utah

Trump has struggled since he was a presidential candidate to gain acceptance among Mormons and in Utah, where the mostly Mormon electorate has long been uncomfortable with his brash style and his comments about women and immigrants. In this Friday, Nov. 2, 2018 photo, former GOP presidential nominee Mitt Romney shakes hands during the Lone Peak High School against Davis High School football game in Highland, Utah. Romney is stumping for fellow Republican candidates as he sails toward a likely victory Tuesday in the race for a U.S. Senate seat from Utah and an official return to public office. (AP Photo/Rick Bowmer)

Romney Is Widely Revered in Utah and by Mormons

By contrast, Romney is widely revered in Utah and by Mormons for being a high-profile member of the Mormon faith in America and for his work in turning around Salt Lake City’s 2002 Winter Olympics after a bribery scandal.
Romney captured 63 percent of the vote to win the U.S. Senate seat vacated by retiring Republican Orrin Hatch, also a Mormon. VoteCast showed about 8 in 10 Mormon voters in Utah backed Romney (83 percent).
Romney called Trump a “phony” and “con man” during the 2016 presidential race, but their relationship has since thawed. Trump backed Romney for the Senate seat, and Romney has avoided attacking Trump, instead vowing to work with the president on issues they agree on and voice his disagreements when they don’t. Just last week, Romney pushed back against Trump’s comments on Saudi Arabia, saying they are “inconsistent” with U.S. foreign policy.
Nearly two-thirds of Utah voters said they would like to see Romney continue to stand up to Trump (64 percent), compared with fewer who would like to see him support Trump (36 percent). Romney voters were divided: Half said they would want him to stand up to Trump, and half preferred he support Trump. Romney’s Mormon supporters, in particular, were also equally divided on whether he should stand up to Trump or support him.

A Mix of Compassion and Toughness on Immigration

While the state’s two U.S. senators and three of four of its U.S House members are Republican, Democrat Ben McAdams did unseat incumbent Republican Rep. Mia Love to flip the seat and become the first Democrat among Utah’s congressional delegation since 2014.