Rise in US Deaths in Afghanistan Clouds Outlook for Peace 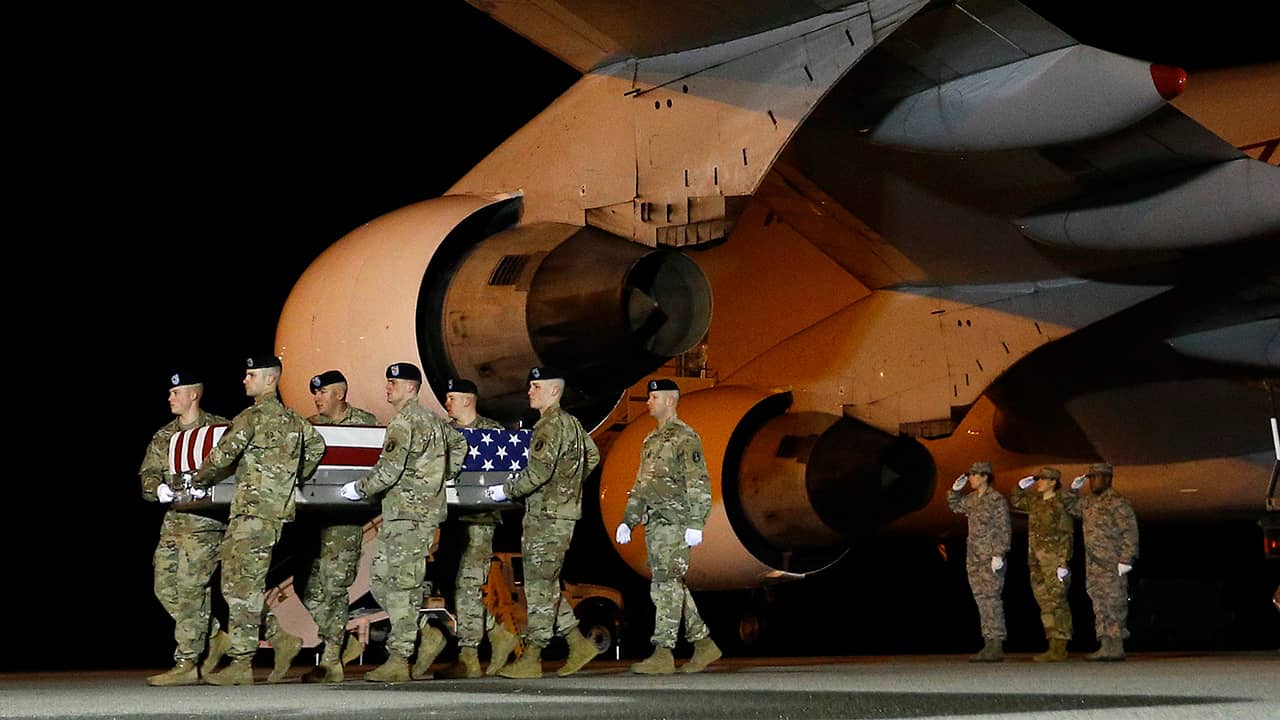 WASHINGTON — A rash of American combat deaths in Afghanistan is putting a spotlight on a stalemated 17-year war that is testing President Donald Trump’s commitment to pursuing peace with the Taliban.

The human cost of the conflict rarely makes headlines in the U.S., leaving Trump with political room to maneuver. But that might be changing.

Trump has acknowledged that his original instinct was to withdraw from Afghanistan, but last week he suggested he is willing to stick it out, asserting that the U.S. is in “very strong negotiations” — an apparent reference to U.S. envoy Zalmay Khalilzad’s efforts to get the Taliban to agree to peace talks.

On the other hand, Trump indicated he had little confidence the talks are going to succeed. “Maybe they’re not. Probably they’re not,” he said.

The human cost of the conflict rarely makes headlines in the U.S., leaving Trump with political room to maneuver. But that might be changing.

In early November, Brent Taylor, the mayor of North Ogden, Utah, and a major in the Utah National Guard, was killed by an Afghan soldier in Kabul. Last Saturday, Sgt. Leandro Jasso, a 25-year-old Army Ranger from Leavenworth, Washington, was mortally wounded in southern Afghanistan. On Tuesday, U.S. officials said they had determined that Jasso probably was accidentally shot by an Afghan soldier during battle with an al-Qaida fighter.

The U.S. military headquarters in Kabul announced Tuesday that three U.S. servicemembers were killed and three wounded by a roadside bomb in Ghazni province, south of Kabul, where the Taliban has been resurgent. It was the deadliest attack on U.S. forces in Afghanistan this year.

The Taliban, who ruled Afghanistan before U.S. forces invaded in October 2001, carry out near-daily attacks on Afghan army and police forces, and in August the insurgents overran parts of Ghazni, leading to days of intense fighting before they were driven out. Ghazni was the only one of Afghanistan’s 34 provinces where parliamentary elections could not be held in October because of security worries. Voting there has been postponed for a year.

Stephen Biddle, a professor of international and public affairs at Columbia University who has closely tracked the war from its beginning, said little that has happened in Afghanistan in recent years has grabbed the American public’s attention, including a death toll since 2001 that now exceeds 2,400.

Keeping Troops There Because Experts Said So

“The war hasn’t produced torch-lit marches on the Pentagon or for that matter any meaningful effect on any election campaign,” Biddle said. “What (the uptick in casualties) could do is change the mind of Donald Trump. At a minimum, he is erratic and clearly doesn’t like the war.”

“The war hasn’t produced torch-lit marches on the Pentagon or for that matter any meaningful effect on any election campaign. What (the uptick in casualties) could do is change the mind of Donald Trump. At a minimum, he is erratic and clearly doesn’t like the war.” — Stephen Biddle, a professor of international and public affairs at Columbia University

In a Washington Post interview Tuesday, Trump called the latest deaths “very sad” and said he was keeping troops there only because “experts” told him it was necessary.

In Geneva on Wednesday, Afghan President Ashraf Ghani urged a gathering of U.S., Russian and other diplomats to continue support for his government, and Russian Foreign Minister Sergey Lavrov expressed hope for an “end to this fratricidal war.” In Ghani’s absence, Kabul, the Afghan capital, was hit Wednesday by a coordinated insurgent attack against security forces, and in the southern province of Helmand, local officials said at least 30 civilians and 16 Taliban fighters were killed in overnight fighting.

Trump’s predecessor, Barack Obama, ended the U.S. combat mission in Afghanistan in 2014 with the aim of compelling the Afghans to provide for their own defense. Trump came to the White House having called the war a waste, but in August 2017, he announced he was recommitting U.S. forces to winning in Afghanistan while revealing that his first instinct had been to pull the plug. Over several months, the Pentagon sent an additional 3,500 troops and changed the way it advises Afghan forces. There are now about 15,000 U.S. troops in the country.

Trump’s strategy in Afghanistan is built on hope that the Taliban can be drawn into peace talks. That has not yet happened, but some U.S. analysts say prospects are better than at any time in the war. A second pillar of the strategy, ending Pakistan’s tactical support for the Taliban, has proved ineffective.

David Sedney, who has worked on Afghan issues as a diplomat and civilian policy official since the war began, said he believes the chances for successful peace talks with the Taliban are low but are better than at any other time in the long conflict. Sedney said he heard encouraging words from Afghans — supporters of the government as well as those who favor the Taliban — during a visit to the county in late October and early November.

“There’s a growing expectation that peace is possible,” Sedney said.

“There’s a growing expectation that peace is possible.” — David Sedney, who has worked on Afghan issues as a diplomat

Further complicating the outlook is the presence in eastern Afghanistan of an Islamic State affiliate. Both the Taliban and the IS affiliate want to overthrow the Afghan government and impose a harsh form of Islamic rule. But they are bitterly divided over leadership, ideology and tactics.

Gen. Joseph Dunford, chairman of the Joint Chiefs of Staff, said earlier this month that efforts to draw the Taliban into peace talks are being made “below the surface.” But he indicated that progress is insufficient. “We’re a long way from where we could say that we’re on the right path,” Dunford said at the Halifax International Security Forum, referring to effectively combining military, political and social pressure on the Taliban.

Noting that U.S. officials as recently as a year ago called the war a stalemate, Dunford said “it hasn’t changed much” since.

Watch the Cost of Freedom

Steer Too Beefy to Become Burgers Reprieved to Life on Farm

Ivanka Trump Says ‘Lock Her Up!’ Doesn’t Apply in Her Case