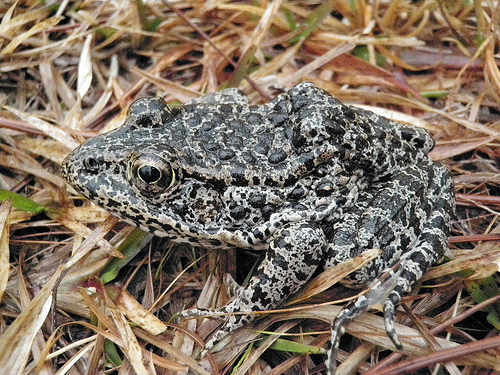 WASHINGTON — The U.S. Supreme Court, on an 8-0 vote, ordered a lower court to take a new look at a federal agency’s designation of Louisiana timberland as a critical habitat for an endangered frog found only in Mississippi.

The court ruled Tuesday in a case involving a 1,500-acre tract owned by the Weyerhaeuser Co. and others that has been identified as the only potential breeding ground outside Mississippi for dusky gopher frogs.

Chief Justice John Roberts wrote for the court that judges must consider the definition of the term habitat in the Endangered Species Act and whether it includes areas like the Louisiana tract that might have to be modified for the frog to thrive there.

In essence, the court ruled that the government can designate a protected “habitat” only in areas where a threatened animal could currently live. The 100 or so remaining dusky gopher frogs live only in a single pond in a wooded area in Mississippi.

Chief Justice John G. Roberts Jr. said the “critical habitat” of an endangered species “must also be a habitat.”

Previously, The 5th Circuit Court of Appeals agreed with the Fish and Wildlife Service that the designated forest land nearby in Louisiana was “essential to the conservation” of the endangered frogs, which breed in small ponds that are dry part of the year.

The Louisiana land was scouted out and, with minor changes, thought to be well suited for the frogs. The agency designated the land as critical habitat for the frogs. The designation did not require immediate changes in the land, but it would have limited future development there by Weyerhaeuser and other landowners.

Kavanaugh Not Part of the Case

Justice Brett Kavanaugh took no part in the case. He joined the court after arguments.

TJ Cox Could Get to Vote on Pelosi. Where Do He and Costa Stand?