Some of the high-ranking employees at State Center Community College District will get a 2.11 percent salary increase retroactive to July 1, 2018.

“Our board is gratified to honor our employees by giving them what they deserve and what they earned.” — Chancellor Paul Parnell

“Our board is gratified to honor our employees by giving them what they deserve and what they earned,” said Paul Parnell, the chancellor for SCCCD.

The board also approved a one-time payment for 2018-19 of .50 percent. That payment will come in two installments — the first in December and the second in July.

Such payments act as a bonus and are not calculated for retirement, said Cheryl Sullivan, the vice chancellor of finance and administration.

The raises are consistent with what was given to district employees represented by the California School Employees Association and the Police Officers Association, said board president Bobby Kahn. 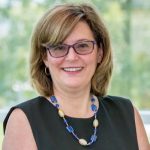 “I am really excited they were able to come to an agreement on the raises.” — Lori Bennett, president of Clovis Community College

Clovis Community College President Lori Bennett said she is ecstatic about employees getting a raise.

“I am really excited they were able to come to an agreement on the raises,” Bennett said. “They have been talking about it for several months so this is really important.”

Most of the raises were on hold, Kahn said.

“We had them on hold because the classifications study bargaining has taken longer than what we anticipated,” Kahn said. “We didn’t feel it was fair for our unrepresented employees to continue to wait for their salary increase that everybody else has received already.”