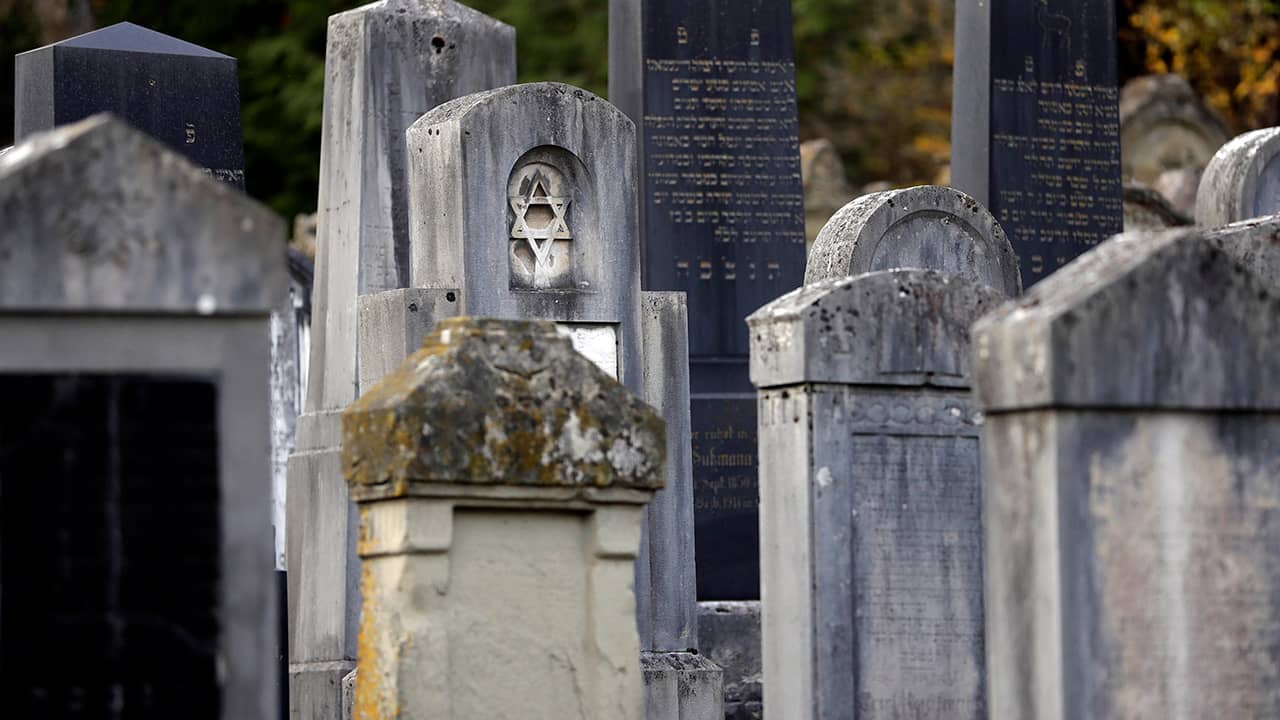 On Nov. 9, 1938, Jews were terrorized throughout Germany and Austria. At least 91 people were killed, hundreds of synagogues burned down, some 7,500 Jewish businesses vandalized, and up to 30,000 Jewish men arrested, many of whom were taken away to concentration camps.

Twenty years after Germany’s defeat in World War I and 5½ years after Adolf Hitler took power, state-driven anti-Semitism “made it possible for many Germans to live out long-held resentments, to live out hatred and violence,” Merkel said. “With the November pogrom, the road to the Holocaust was mapped out.”

Merkel spoke in a ceremony at a Berlin synagogue. The head of Germany’s Central Council of Jews, Josef Schuster, said the building was set alight in 1938 and the blaze extinguished relatively quickly only so as not to endanger neighboring houses.

Schuster said that, while the Nazis’ SA and SS organizations were responsible for the pogrom, that already meant thousands of Germans took part — and the population’s reaction “gave the Nazis valuable information: barely anyone protested.”

He added that, while modern-day attacks on Jews, migrants and Muslims can’t be equated with the crimes of the Nazi era, “I see it as a disgrace for our country that such things happen in Germany in 2018.”

“Today, we are living once again in a time of far-reaching change. In such times, there is always a particularly great danger of those who react with supposedly simple answers gaining support.” — Chancellor Angela Merkel

He assailed the far-right Alternative for Germany party, which he said has “respect for nothing” and which his organization didn’t invite to Friday’s event. The party entered Germany’s parliament last year.

“Today, we are living once again in a time of far-reaching change,” Merkel said. “In such times, there is always a particularly great danger of those who react with supposedly simple answers gaining support.”

Those answers, she said, are too often accompanied by a “brutalization of language.”

“We are commemorating today with the promise that we will set ourselves strongly against attacks on our open and plural society,” she said. “We are commemorating in the knowledge that watching as lines are crossed and crimes are committed ultimately means going along with them.”

In a separate speech to parliament on a day that also marked the 100th anniversary of the proclamation of a German republic after World War I and the 29th anniversary of the fall of the Berlin Wall, President Frank-Walter Steinmeier urged his compatriots to embrace an enlightened, “democratic patriotism” and reject aggressive nationalism that romanticizes the country’s history.

Using the Riots as Opportunities to Settle Personal Grudges

Evidence from post-war trials of perpetrators, such as one involving the Bavarian town of Treuchtlingen, shows that many ordinary Germans joined in the 1938 pogrom, some out of anti-Semitism, others using the riots as opportunities to settle personal grudges or to enrich themselves.

The Treuchtlingen case was one of the first and among the largest of more than 1,000 post-war Kristallnacht trials in West German courts. A report by the U.S. military’s Counter Intelligence Corps, which sent an observer to the 1946 proceedings, provides details about the nearly 60 defendants.

The report from CIC special agent Erich Bendfeldt was declassified this year by the U.S. National Archives in response to an Associated Press Freedom of Information Act request.

It shows that the Treuchtlingen synagogue was burned that night to the foundation walls. The fire department hosed down neighboring “Aryan-owned” buildings to protect them, while people rampaged through the town, mobbing Jewish homes, destroying property and looting.

One middle-aged woman swung by the home of a Jewish family she owed money to and destroyed the ledgers, and also had enough time to bring gasoline to help torch the synagogue.

The town’s mayor took personal command of much of the destruction, while himself beating a respected Jewish doctor nearly to death. A 29-year-old engine driver also beat the doctor, poured a chamber pot over the head of a Jewish girl and forced her father at dagger-point to say “Heil Hitler.”