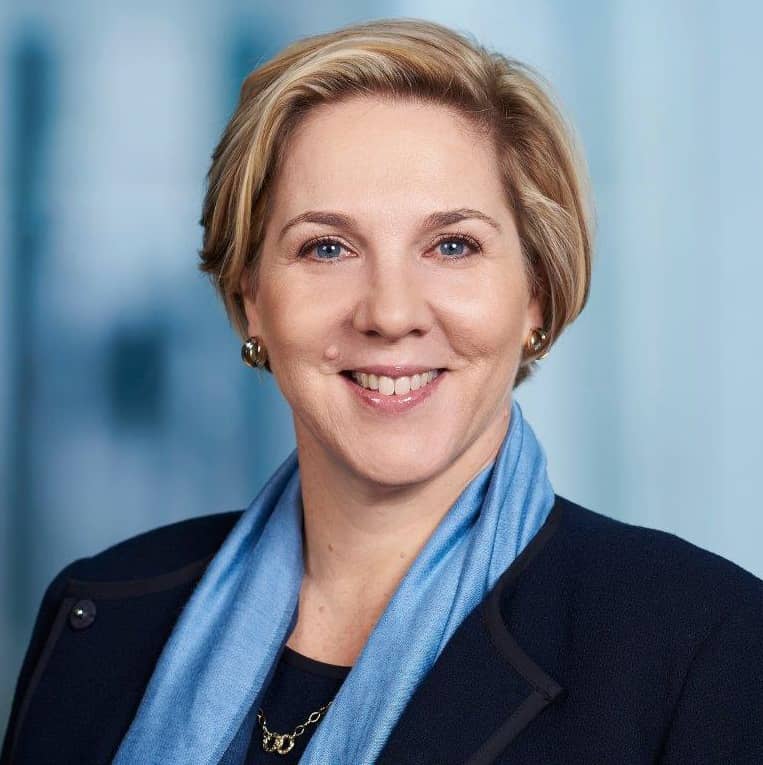 Tesla has announced that Robyn Denholm of Australia’s Telstra will become its new board chair. (Tesla Inc. via AP)

DETROIT — Tesla’s board has named one of its own as chairman to replace Elon Musk, complying with terms of a fraud settlement with U.S. securities regulators.

Denholm will step down as chief financial officer and strategy head at Telstra, Australia’s largest telecommunications company, after a six-month notice period. She’ll work full-time at Tesla, where she has served on the board since 2014.

Musk will remain as Tesla’s chief executive as part of the settlement deal with the U.S. Securities and Exchange Commission. The U.S. agency filed a lawsuit alleging that Musk duped investors in August with misleading statements on Twitter about securing the funding to take Tesla private.

The move vaults Denholm, 55, from relative obscurity into a high-profile position of trying to rein in Musk and manage a company that is struggling to produce vehicles and make money as it attempts to shift the world from fueling transportation with oil to battery-powered electric vehicles.

“Do you ask the person who helped get you lost in the woods to help drive you out of the woods?” — Charles Elson, director of the corporate governance center at the University of Delaware

“I believe in this company. I believe in its mission and I look forward to helping Elon and the Tesla team achieve sustainable profitability and drive long-term shareholder value,” Denholm said in a statement.

Critics of Tesla’s board have said members lack independence and are too closely allied with Musk, many through financial deals. Musk’s brother, Kimbal, is one of the members.

Although Denholm appears to have fewer ties to Musk than other directors, she still was on the board through numerous cases of bizarre behavior by Musk, including his surprise tweet to take Tesla private, smoking what looked like marijuana during a YouTube interview, and labeling a British diver a pedophile in a dispute over the rescue of Thai youth soccer players who were trapped in a cave.

A corporate governance expert questioned whether Denholm is the right person for the job, given that she was a member of Tesla’s board for four years yet failed to rein in the visionary yet erratic Musk.

“She was there while all of this was going on,” said Charles Elson, director of the corporate governance center at the University of Delaware. “Do you ask the person who helped get you lost in the woods to help drive you out of the woods?”

Being on the Board That Did Little as Musk Misbehaved

Elson said the company should have brought in someone from outside to be chairman, and that no matter how talented Denholm may be, she has a shadow over her of being on the board that did little as Musk misbehaved. “You really have got to wonder,” he said. “No other CEO of any other public company would have survived this.”

“You really have got to wonder. No other CEO of any other public company would have survived this.” — Charles Elson, director of the corporate governance center at the University of Delaware

Making Denholm a full-time chair also creates governance problems because she could become a Tesla executive, blurring her role as an independent check on management, Elson said.

Email messages sent to Denholm Thursday were not immediately returned.

There was little reaction to the appointment from the markets Thursday. Tesla shares rose slightly to $349.34 in premarket trading.

Under the settlement, Tesla also is required to appoint two new independent directors, and it must review the sometimes-erratic Musk’s posts about the company on Twitter. Musk and Tesla each had to pay a $20 million penalty under the September deal with the SEC, and he cannot return as chairman for three years.

Denholm has auto sector and Silicon Valley experience. She was chief financial and operations officer at Juniper Networks for nine years, and worked at Sun Microsystems. She also has held financial management posts at Toyota Motor Corp. in Australia. Telstra is the largest telecommunications company in Australia.

On Twitter Thursday morning Musk wrote that he has great respect for Denholm. “Very much look forward to working together,” he wrote. “She has made significant contributions as a Tesla board member over the past four years in helping us become a profitable company,” Musk said in a company statement.

Tesla earned a $311.5 million net profit during the third-quarter, delivering the first step of a promise from Musk to post sustainable profits. It was only the third time that Tesla has posted a quarterly profit in its eight-year history as a public company and the first time in two years. Telsa has never reported an annual profit.

A big jump in Tesla’s output of its mass-market Model 3 car powered the breakthrough. The manufacturing increase and moneymaking quarter are two things that Musk promised would happen.

Apart from appointing a new chairman under the settlement, Tesla was required to appoint two new independent members to its board. The aim is to provide stronger oversight to match Tesla’s growing stature and market value.

Musk, whose name is virtually inseparable from Tesla, has an impulsive streak that caused trouble when he tweeted in August that he had “funding secured” for taking Tesla private at $420 per share when no such deal had been worked out.

That drew attention from the SEC because the tweet pushed up Tesla’s stock price and harmed short-sellers who bet that the share price would fall.

As part of Musk’s settlement with the SEC, Tesla also is supposed to monitor Twitter posts that he makes if they are related to developments at the company. But even after the settlement was announced, Musk taunted the agency, calling it the “Shortseller Enrichment Commission” before snidely praising it for “doing incredible work.”