WASHINGTON — The path to power in the House runs through a few dozen districts in Tuesday’s election, with Republicans defending their majority and Democrats looking to gain 23 seats they would need to win control.

After the first polls close in the Eastern United States, the tallies will start revealing clues to where Americans stand in 2018 on immigration, health care, gender equality in the #MeToo era — and who they want representing them in Washington during the next two years of Donald Trump’s presidency.

Some races to watch for those keeping score, listed in order of poll-closing times:

The ruby-red state known for the Derby and sweet bourbon is hosting one of the most competitive and expensive races in the country. The Lexington-area battle pits third-term Republican Rep. Andy Barr against Democrat Amy McGrath, a retired Marine fighter pilot. Trump won the 6th District by more than 15 percentage points in 2016. But with the help of carefully shaped campaign ads that went viral, McGrath holds the edge on campaign fundraising. 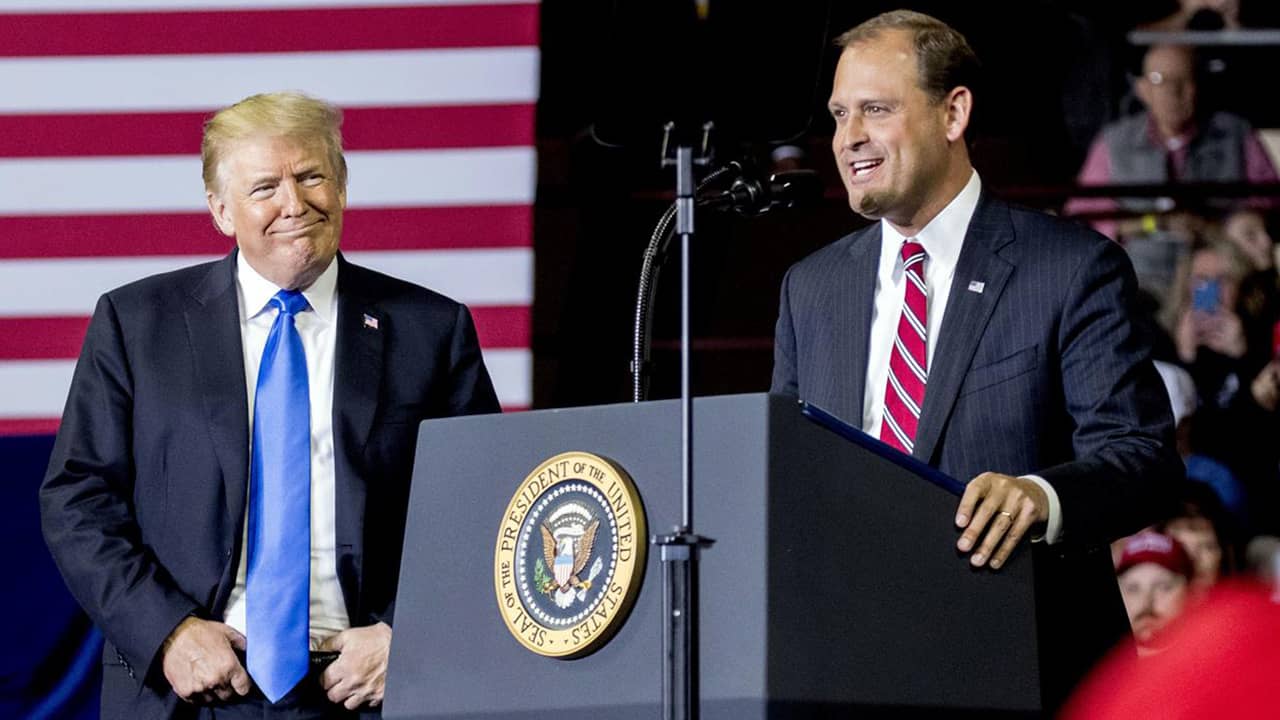 Rep. Dave Brat won his seat after upsetting House Majority Leader Eric Cantor in the 2014 Republican primary. Now, it’s Brat’s turn to fight for re-election to the Richmond-area district against Democrat Abigail Spanberger, a former CIA officer who is one of a record number of women running for Congress this year.

It’s a rematch in central Ohio’s 12th District between Republican Troy Balderson and Democrat Danny O’Connor. Balderson won short-term control of the seat in August during a special election after Republican Pat Tiberi retired. Republicans in the district appear divided over the president, making the seat vulnerable to a Democrat who, like O’Connor, has supported some Republican ideas. He’s engaged to a Republican who calls herself a “Dannycrat.”

National Republicans and Democrats are pouring major resources into the Miami-area 27th District seat, held since 1989 by retiring Republican Rep. Ileana Ros-Lehtinen. The Democratic nominee , Health and Human Services Secretary Donna Shalala, has ramped up her Spanish-language advertising and Hillary Clinton campaigned for her. But she’s facing a stiff challenge from her Republican opponent, Maria Elvira Salazar, a Cuban-American and former broadcast journalist who, unlike Shalala, speaks Spanish. Though Trump won Florida in 2016, Clinton won this congressional district by nearly 20 points.

Along with California and Pennsylvania, suburb-filled New Jersey is a key battleground for House control. Two seats are open, vacated by veteran Republican Reps. Frank LoBiondo and Rodney Frelinghuysen, and could fall to the Democrats.

Keep a close eye on the 3rd District south of Trenton, which twice voted for President Barack Obama but went for Trump by about 6 percentage points. Fighting for re-election is Republican Rep. Tom MacArthur, who helped strike a deal that pushed the GOP’s “Obamacare” repeal bill to House passage (it failed in the Senate). His Democratic opponent is political newcomer Andy Kim, a National Security Council staffer under Obama who has worked in Afghanistan.

Democrats have particular reason to believe they can flip as many as six seats in the Keystone state. A state Supreme Court decision in January threw out 6-year-old congressional district boundaries as unconstitutionally drawn to benefit Republicans. The replacement districts approved by the court’s Democratic majority have created more competitive contests.

One key race is playing out in the Philadelphia suburbs. Freshman Republican Rep. Brian Fitzpatrick, a former FBI agent, has a centrist voting record and has explicitly tried to put distance between himself and Trump. He’s facing Scott Wallace, a longtime Democratic Party donor who was co-chairman of the Wallace Global Fund, a Washington, D.C.-based organization that supports liberal social movements. He’s heavily funding his campaign and outspent Fitzpatrick nearly 5-to-1 in the July-September quarter.

Trump and House Democratic Leader Nancy Pelosi loom large over a race in Northeastern Kansas. That’s where Democrat Paul Davis, the former state House minority leader, and Republican Steve Watkins, an Army veteran and engineer, are battling for the seat vacated by retiring Democratic Rep. Lynn Jenkins. Davis has said he would not support Pelosi for speaker if Democrats win the House. And Republicans were hoping that Trump’s visit to Topeka last month would boost Republican Steve Watkins, who has faced questions over claims he made about his qualifications and background.

Four House seats could flip from one party to the other in this traditionally Democratic stronghold.

For evidence of Democratic gains, look to the state’s booming suburbs. Clinton won Minnesota’s 3rd District west of Minnesota by 9 percentage points. GOP Rep. Erik Paulsen is under heavy pressure from Democrat Dean Phillips there. Paulsen avoided Trump’s recent rally in Rochester and his rally this summer in Duluth, and he has said he wrote in Marco Rubio’s name in the 2016 election. Still, Trump endorsed Paulsen last month.

The open 2nd District seat left open by Republican Rep. Steve Pearce, who is running for governor, offers a look at how the parties fare along the border with Mexico, where registered Democrats outnumber Republicans. Pearce attracted support from Hispanics and the region’s oil and gas interests. But the race between Democrat Xochitl Torres Small and GOP opponent Yyvette Herrell has focused on hot-button issues such as immigration and guns. Torres Small has raised more than five times the campaign cash drawn by Herrell. 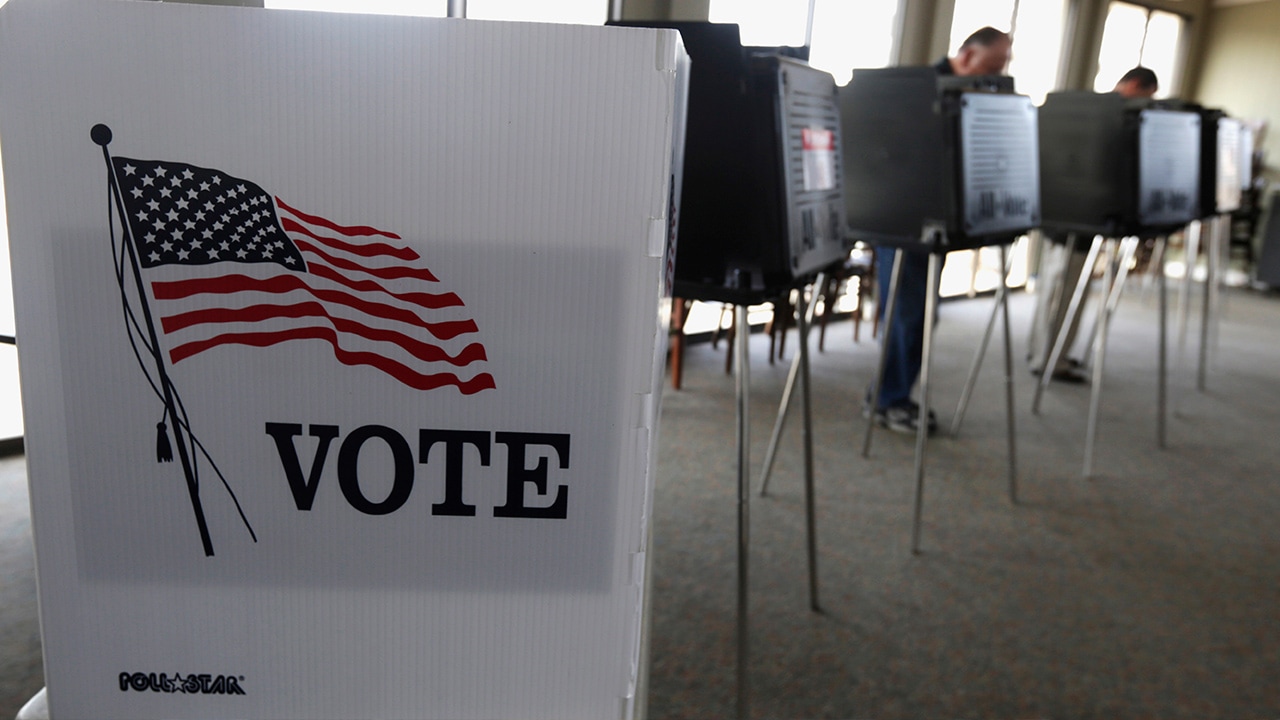 This deep-blue state offers a look at how race and Trump’s clout are playing out in the president’s home state.

North of New York City in the 19th District, an ad released last month by the Republican National Congressional Committee showed clips of Democrat Antonio Delgado performing songs from his 2006 rap album under his stage name, A.D. The Voice. Delgado, a Rhodes scholar and Harvard Law School graduate, said his opponent, Rep. John Faso, was using racial attacks to alienate him, a black first-time candidate in a district that is more than 90 percent white. Voters there are evenly split among Democrats, Republicans and independents, and went twice for Obama but favored Trump.

And in the Buffalo-area’s 22nd District, first-term Rep. Claudia Tenney, an early Trump supporter, is drawing comparisons to the president by brashly suggesting some people who commit mass murders are Democrats and promoting a petition to lock up Clinton. But in a close race against Democrat Anthony Brindisi, she’s shifted to a softer tone of bipartisanship. Brindisi, a state assemblyman, argues that Tenney’s hyper-partisan approach undermines her claim of working across the aisle. Trump beat Clinton by nearly 16 percentage points here.

One Iowa race offers a test of whether a Trump-style advocate for immigration limits can win.

Republican Rep. Steve King is keeping a low profile in his bid for a ninth House term, his success suddenly in question after he was engulfed in controversy for his support of white nationalists. But Democrats, already hoping to flip two other seats among Iowa’s four-person delegation, have a tough road to success in the 4th District that voted for Trump by 27 percentage points. In an unusual move, the GOP’s campaign chief condemned King the week before the election, but it’s unclear whether the criticism will boost his Democratic opponent, J.D. Scholten.

Democrats have targeted a string of Republican-held districts in California that carried Clinton in the 2016 presidential election.

One such battleground in the nation’s fruit-and-nut basket, the Central Valley, is where Republican Jeff Denham is trying to keep Democrat Josh Harder from taking his job. Fallout from Supreme Court Justice Brett Kavanaugh’s confirmation hearings and fights over health care and immigration have produced a tossup race where Democrats count a slender registration edge. Denham, a centrist who voted to repeal the Affordable Care Act, won re-election by 3 percentage points in 2016, while Clinton won the district with about 49 percent of the vote.

In another test of GOP clout in a rapidly diversifying district, Rep. Dana Rohrabacher’s re-election is in question for the first time in 30 years. A wave of new and more diverse residents and divisions over Trump and the #MeToo movement against sexual misconduct have produced a strong challenge from Democrat Harley Rouda. The district went to Clinton in the 2016 presidential contest.

Southwest Washington’s 3rd District offers a test of whether the tea party-driven GOP House takeover in 2010 survives. Republican Rep. Jaime Herrera Beutler, first elected that year and twice re-elected with more than 60 percent of the vote, has been out-raised in campaign funding by Democrat Carolyn Long. Herrera Beutler has broken with her party on such issues as health care. But Long has emphasized her credentials as an outsider. The district stretching east along the Oregon border voted for Trump by 7 percentage points.