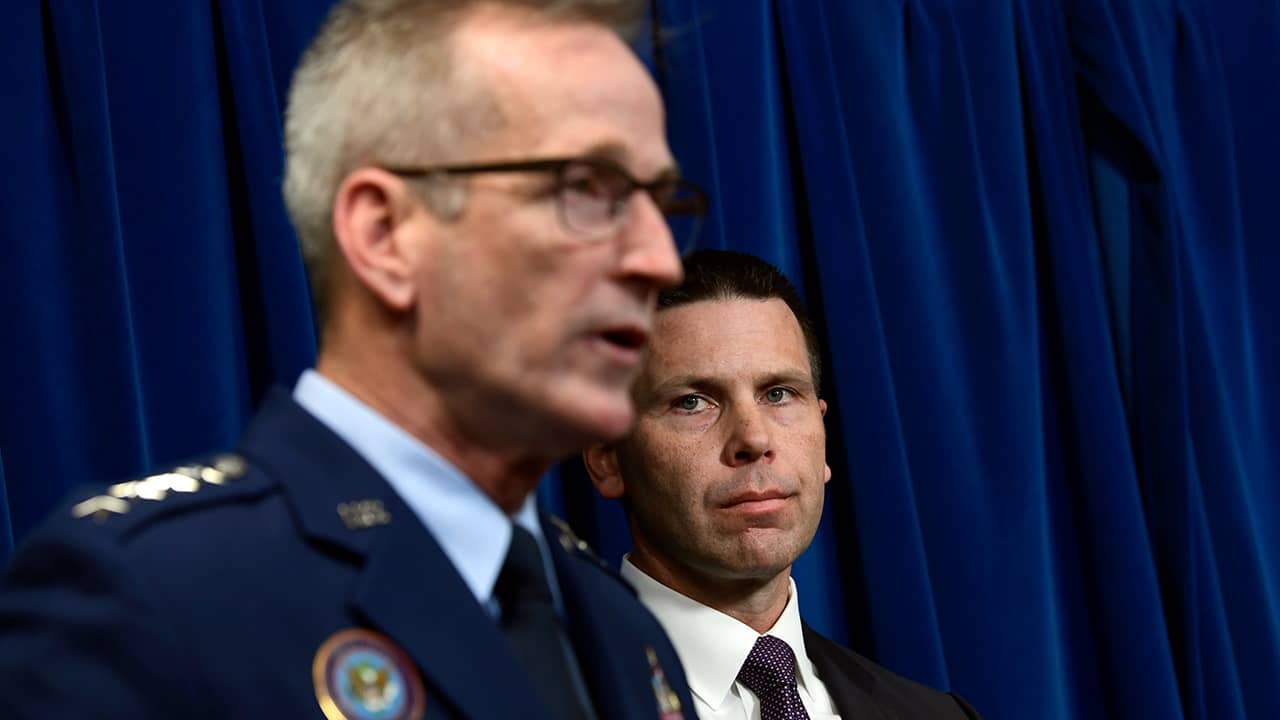 WASHINGTON — The Pentagon is deploying 5,200 troops to the Southwest border in an extraordinary military operation a week before nationwide elections in which President Donald Trump wants voters to focus on what he calls an “invasion” — a slow-moving caravan of Central American migrants.
The number of troops being sent is more than double the 2,000 who are in Syria fighting the Islamic State group.
Two caravans of migrants, traveling mostly on foot, are still hundreds of miles from the U.S. border with Mexico. Most are poor, carrying the belongings that fit into a knapsack and fleeing gang violence or poverty. And any who complete the long trek to the border already face major hurdles to asylum in the country — both physical and bureaucratic — to being allowed to remain in the United States.
Trump, eager to keep voters trained on immigration in the lead-up to the midterm elections, stepped up his dire warnings about the caravans, tweeting, “This is an invasion of our Country and our Military is waiting for you!”

Many Gang Members and some very bad people are mixed into the Caravan heading to our Southern Border. Please go back, you will not be admitted into the United States unless you go through the legal process. This is an invasion of our Country and our Military is waiting for you!

And in an interview with “Axios on HBO,” he declared that he wanted to order an end to the constitutional right to citizenship for babies born in the United States to non-citizens.

The U.S. Would Build Tent Cities for Asylum Seekers

Asked about the legality of such an executive order, Trump said, “they’re saying I can do it just with an executive order.” He added that “we’re the only country in the world where a person comes in and has a baby, and the baby is essentially a citizen of the United States,” though a 2010 study showed that 30 countries offered birthright citizenship.

Stiffening Defenses at and Near Legal Entry Points

The Pentagon’s Operation Faithful Patriot was described by the commander of U.S. Northern Command as an effort to help Customs and Border Protection “harden the southern border” by stiffening defenses at and near legal entry points. Advanced helicopters will allow border protection agents to swoop down on migrants trying to cross illegally, said Air Force Gen. Terrence O’Shaughnessy.

The Aim of the Operation Was to Deter Migrants

The number of people in the first migrant caravan headed toward the U.S. has dwindled to about 4,000 from about 7,000 last week, though a second one was gaining steam and was marked by violence. About 600 migrants in the second group tried to cross a bridge from Guatemala to Mexico en masse Monday. The riverbank standoff with Mexico police followed a more violent confrontation Sunday, when the migrants used sticks and rocks against officers. One migrant was killed Sunday night by a head wound, but what caused it was unclear.
The first group passed through the spot via the river — wading or on rafts — and was advancing through southern Mexico. That group appeared to begin as a collection of about 160 who decided to band together in Honduras for protection against the gangs that prey on migrants traveling alone and snowballed as the group moved north. They are mostly from Honduras, where it started, as well as El Salvador and Guatemala.
A smaller caravan earlier this year dwindled greatly as it passed through Mexico, with only about 200 making it to the California border.
Migrants are entitled under both U.S. and international law to apply for asylum. But there already is a bottleneck of would-be asylum seekers waiting at some U.S. border crossings to make their claims, some waiting as long as five weeks.
McAleenan said the aim of the operation was to deter migrants from crossing illegally, but he conceded his officers were overwhelmed by a surge of asylum seekers at border crossings. He also said Mexico was prepared to offer asylum to members of the caravan. Migrants sleep packed together in a church courtyard at nightfall, as a thousands-strong caravan of Central Americans hoping to reach the U.S. border stops for the night in Niltepec, Oaxaca state, Mexico, Monday, Oct. 29, 2018. As the caravan resumed its slow advance Monday, still at least 1000 miles or farther from the U.S., the Pentagon announced it would send 5,200 active-duty troops to “harden” the border.(AP Photo/Rebecca Blackwell)

The White House also is weighing additional border security measures, including blocking those traveling in the caravan from seeking legal asylum and preventing them from entering the U.S.
The military operation drew quick criticism.
“Sending active military forces to our southern border is not only a huge waste of taxpayer money but an unnecessary course of action that will further terrorize and militarize our border communities,” said Shaw Drake, policy counsel for the American Civil Liberties Union’s border rights center at El Paso, Texas.
Military personnel are legally prohibited from engaging in immigration enforcement. The troops will include military police, combat engineers and others helping on the border.
The ramped-up rhetoric over the migrants and expected deployments comes as the president has been trying to turn the caravans into a key election issue just days before elections that will determine whether Republicans maintain control of Congress.

Election of the Caravans, the Kavanaughs, Law and Order and Tax Cuts

Amid Global Uproar, Some US Colleges Rethink Saudi Ties