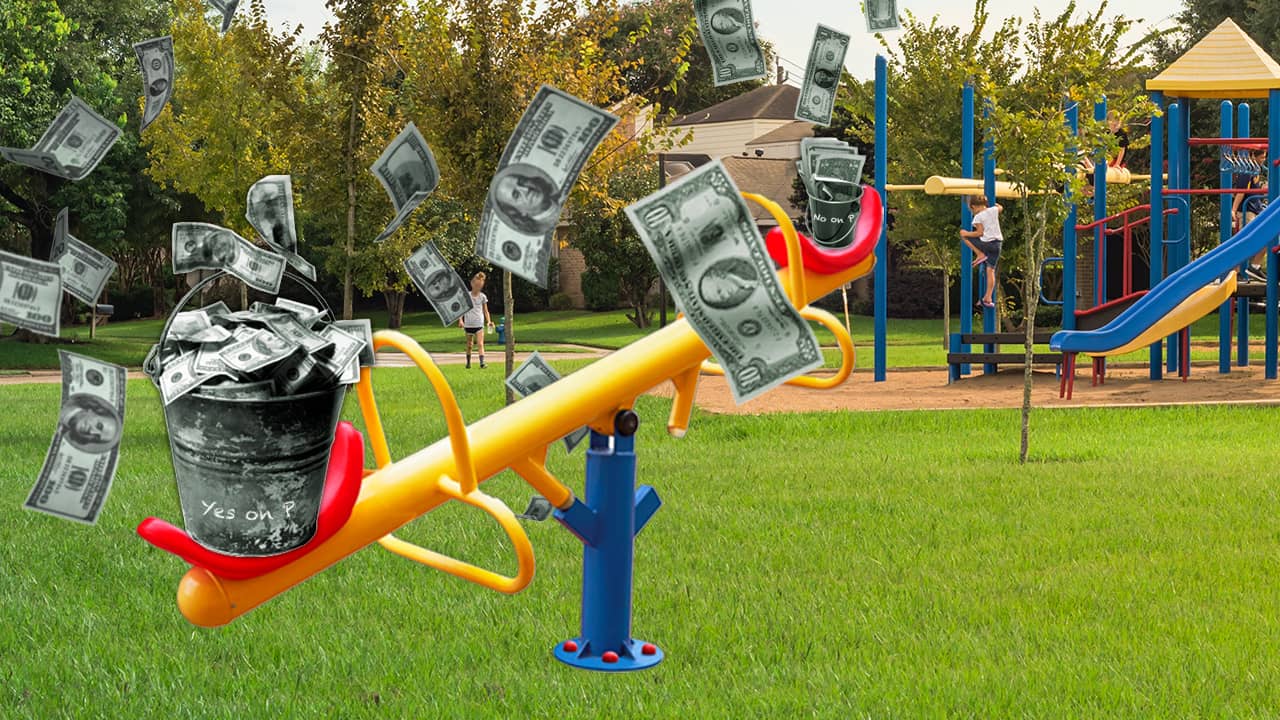 Total spending on the Measure P parks sales tax vote is now over $2 million, according to the latest campaign spending reports.
Heading into the Nov. 6 vote, supporters have significantly outraised and outspent their opponents.
Yes on P raised $1.5 million compared to $343,000 by opponents through Oct 20.
But since that reporting date, Yes on P received a second major contribution from David McDonald, the former Pelco CEO.
In addition to the $400,000 he donated Oct. 11, McDonald gave $450,000 in form of a loan Oct. 24. At $850,000, he is the largest individual contributor on either side of the Measure P question.
Here’s a look at the aggregate: 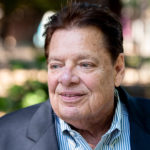 Yes on P received a majority of its funds from two sources. McDonald, with his $850,000; and the Central Valley Community Foundation, which has donated $560,238 for the entire campaign, including $259,000 from the period covering Sept. 23-Oct. 20. The foundation has contributed $30,000 more since then.
So, where are the groups spending their money? Much of the Yes on P spending is on TV production and ad time. Here’s a look at selected spending on media:

Yes on P spent more nearly $700,000 for TV production and airtime with three different firms: Screen Strategies Media based in Fairfax, Va., Washington, DC- based 76 Words, and local company Top Hand Media.
Of that TV spending, much of that is going toward ABC 30 ($117,141). Yes on P also has spent money with three other stations: CBS 47, Fox 26 and KSEE 24:

This is on top of the estimated $225,000 the group spent collecting signatures to compel the Fresno City Council to place the item on the ballot. That comes to about $6.42 per signature.

No on P benefited from a $40,000 in-kind donation from radio broadcaster One Putt Broadcasting (ESPN 940, Jewel FM and others) for production and air time.
A look at other selected expenditures:

According to radio station KMJ’s records, No on P bought more than $23,000 worth of air time.
Other big contributors include developers and unions. Edward Kashian, president of Kashian Enterprises, gave $25,000. The city’s public safety unions representing police and fire gave a combined $45,000.
Jenco Farms contributed $25,000.
(Disclosure: Darius Assemi, GV Wire’s publisher, has been a public voice and contributor to the No on P campaign. Through his various companies — some he shares with family members — he’s donated at least $65,000 to the campaign.)

The last major city-only proposition was Measure G in 2013. In that election, city leaders pushed for privatization of residential garbage collection versus unions that opposed it. The two sides raised $1.16 million for the election, which voters rejected 51%-49%.

The attorney for the Yes on P campaign sent a letter to Fresno County Monday asking that the correct ballot language be provided at voting precincts Nov. 6.
After the city council approved placing the item following a petition with more than 35,000 signatures, the city clerk transmitted both a draft version and the correct version of the ballot question to the county clerk.
The county clerk printed an incorrect version on both the ballot and the voter information guide.  However, the county clerk also published the correct version in the legal notice published Aug. 15 in The Fresno Bee.
No one caught the mistake until mid-October, when the Yes on P campaign notified the city. While it was too late to replace the ballots, the city council voted last week to send postcards to registered voters (one per household) with the correct language.
Councilman Steve Brandau said that blame should be shared by the city and county clerks, as well as the Yes on P campaign. The campaign’s attorneys said that the county clerk should have known better.
“Despite the County’s acknowledgment that it received two different versions of the ballot question on the same day, the County apparently made no effort to contact the City or ascertain which version was correct,” wrote attorney Lance Olson to Fresno County counsel Daniel Cederborg.
“The apparent conscious decision to use one version in the public notice and a different version in the ballot materials without any effort to ascertain the correct version not only constitutes an ‘error’ but also a ‘neglect of duty’ within the meaning of Elections Code section 13314,” Olson continued.
[tnc-pdf-viewer-iframe file=”http://www.gvwire.com/wp-content/uploads/2018/10/Yes-on-P-letter-to-Fresno-County-10-29.pdf” width=”700″ height=”800″ download=”true” print=”true” fullscreen=”true” share=”true” zoom=”true” open=”true” pagenav=”true” logo=”true” find=”true” current_view=”true” rotate=”true” handtool=”true” doc_prop=”true” toggle_menu=”true” language=”en-US” page=”” default_zoom=”auto” pagemode=””]