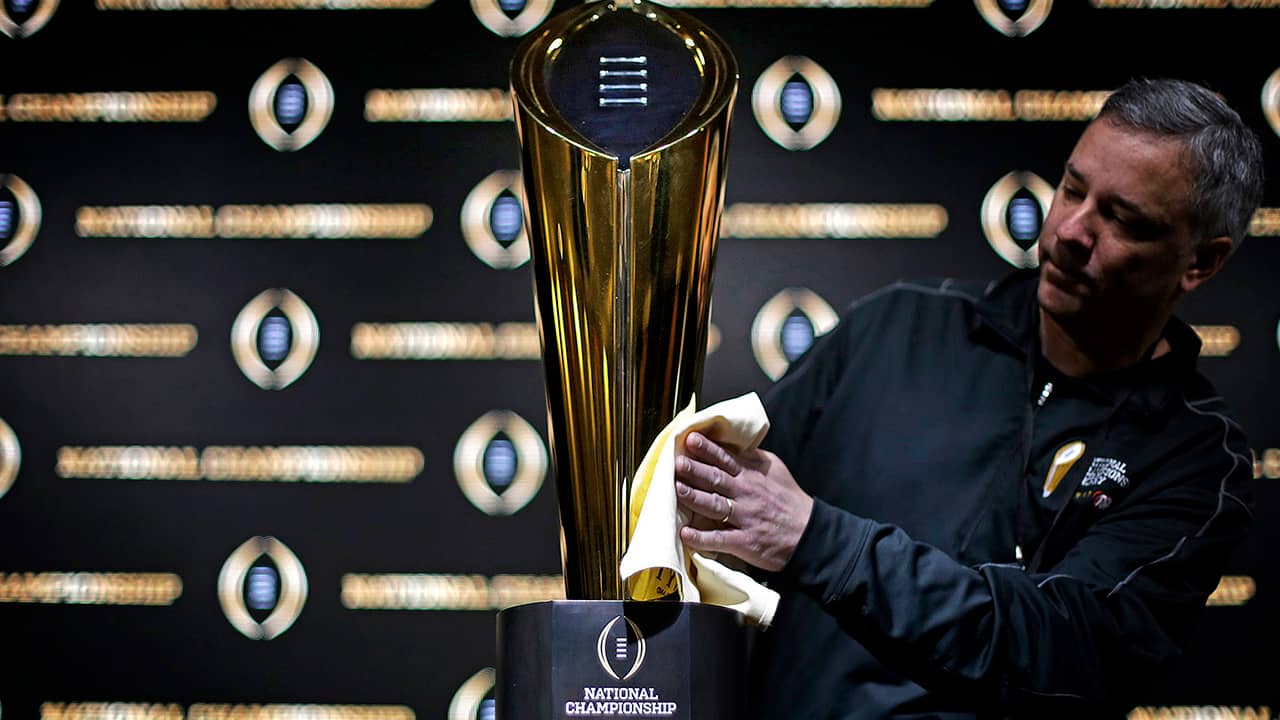 If form holds, two of the top four teams in the first College Football Playoff ranking of the season will go on to play in the national semifinals.

Looking Back at the Previous Top 4s

Of the 16 teams the committee ranked in the top four of its initial rankings from 2014-17, half made the playoff. Last season, for the first time, three teams (Georgia, Alabama, Clemson) started in the top four and finished there (Clemson was the only team to be somewhere in the top four in all six rankings from the committee).
In 2015 and ’16, two teams in the committee’s first four made the playoff. Both of those years, Alabama and Clemson started in the top four and never slipped out. Clemson was No. 1 in every committee top 25 in 2015 and Alabama was top-ranked in all six 2016 rankings.
The very first committee rankings, in 2014, had just one eventual playoff team. They included three teams from the Southeastern Conference (though not the one that eventually made the playoff) along with Florida State.
That year, the committee created a bit of a stir when, in its third ranking, it dropped unbeaten national champion Florida State to No. 3 behind No. 2 Oregon, which had lost a game. It seemed to send a signal the committee would be different from traditional polls that tended to honor win-loss record above all. The second-to-last rankings had Florida State at four behind three teams that had already lost. The Seminoles went into the Rose Bowl semifinal as the No. 3 seed and lost to Oregon.

Only One Was Unranked on Selection Sunday

Among the eight teams over the past four seasons that were part of the initial committee top four but did not make the playoff, only one was unranked on selection Sunday. Texas A&M in 2016 was somewhat of a surprising No. 4, and then proceeded to lose three of its final four games. Auburn (2014), LSU (2015) and Notre Dame (2017) were the other teams to start in the committee’s top four, but wind up not even making a New Year’s Six bowl.
The playoff team that made the longest climb from first committee ranking to final was Ohio State, which started 16th in 2014 and made the semifinals as the fourth seed — and won the championship. Oklahoma in 2015 was 15th in the first top 25 and fourth on selection Sunday.
The last two seasons, none of the eventual playoff teams were ranked worse than sixth (Ohio State in 2016) in the committee’s first ranking.
The committee has been criticized — by supporters of Central Florida, for example — for not ranking teams from outside the Power Five conferences high enough. UCF was No. 18 in last year’s first CFP top 25, the best showing from a Group of Five school in any of the initial rankings. The Knights finished 12th, the best ranking for any non-Power Five team in any committee rankings over the four seasons.

Guitarist Jimmy Page Looks Back at 50 Years of Led Zeppelin